2017 in film: scandals, highlights and favorites

In 2017, we saw a lot of great movies, from musicals and sequels to glamorous comebacks. Shocking scandals fell between box office and awards successes. What was the year's best film? That's a matter of taste.

Was it a good film year? If one looks at the winning films of the three biggest festivals, the answer is definitely yes. "On Body and Soul" by Hungarian director Ildikó Enyedi, "The Square" by Swedish director Ruben Östlund and "The Shape of Water" of Guillermo del Toro from Mexico were the works that dominated the festivals in Berlin, Cannes and Venice respectively.

Hollywood likewise put out some highly convincing movies, including "Moonlight" and "La La Land," both of which received a number of Oscars and whose makers were praised for their artistic achievements.

The box office versus art

But art doesn't automatically guarantee commercial success. As (almost) always, the highest grossing films were not among those honored at festivals, or hailed by critics. Among the year's 10 most successful films at the box office are nine Hollywood productions, alongside just one film from China. Nevertheless, these hits have not made a big impact. 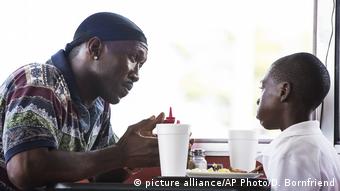 And what's the significance, really, of a top 10 list? The eighth part of the Star Wars saga hits movie theaters worldwide on December 14, and it's likely to be included in many top 10 lists of 2017. And then, "Star Wars: The Last Jedi" also stands a good chance to make it to the top of the list in 2018...

Distinctions between quality and quantity also need to be made when it comes to the movie scene in Germany.

Apart from the German production "Fack Ju Göhte 3," which drew million to theaters, Hollywood largely dominated the scene with works including the sequel of "Fifty Shades of Grey," "Baywatch" and "The Boss Baby."

Director Bora Dagtekin, who's signed Germany's extremely successful "Fack Ju Göhte" films, was not among those who were honored at festivals or by critics for the third installment in his comedy set in a school — but he probably hadn't aimed to anyway.

Among the works that received a lot of acclaim for their artistic quality were "Toni Erdmann," as well as new films like Fatih Akin's thriller "Aus dem Nichts," starring Diane Kruger, who received an award at the Venice Film Festival for her brilliant performance.

Some German series were even recognized internationally, among them "Berlin Babylon," "The Vanishing" and "Dark." 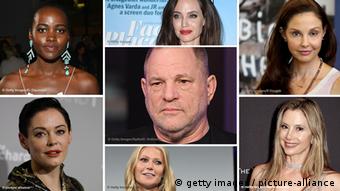 The Weinstein scandal had a ripple effect worldwide

Unfortunately, audiences will remember the film year 2017 also for its scandals. Sexual abuse allegations made against US producer Harvey Weinstein triggered an entire scandal chain reaction, and with the hashtag campaign revealing sexual abuses #MeToo, the world reacted to the accusations.

In Russia, "Matilda," which tells the love story between a ballerina and the last Emperor of Russia, deeply annoyed the guardians of Russian traditions and representatives of the Orthodox Church.

In Germany, the question of who should lead the country's most important film festival in the future came to dominate public debates. Suddenly, Dieter Kosslick, who will step down as the head of the Berlinale in 2019, saw himself confronted with fierce criticism.

Read more: What's next for the Berlinale?

So what was then the "best" film of the year? It's quiet impossible to give an objective answer to that question. After all, all preference lists are, by nature, highly subjective. And that's why we end our retrospective with the personal list of preferences of our film expert Jochen Kürten:

The documentary of the year: "I Am Not Your Negro" by Raoul Peck  (France, USA, Belgium, Switzerland)

Series of the year: "The Vanishing" by Hans-Christian Schmid (Germany)

And the top 10 movies that started in German theaters in 2017?

5: "Manchester by the Sea" by Kenneth Lonergan (USA) 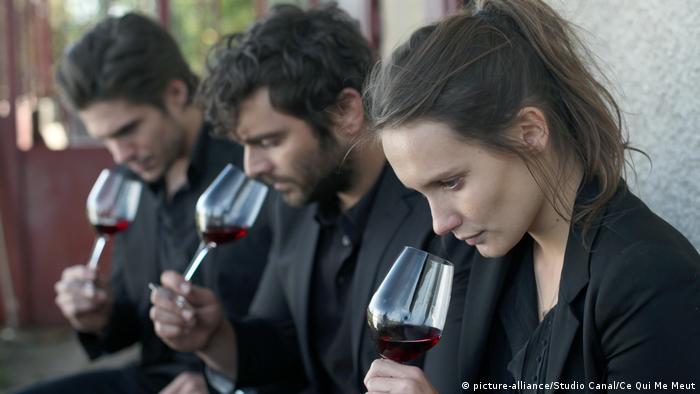 A melodramatic film with a lot of depth from France: "Ce qui nous lie"

Women came out on top at this year's Lolas, chief among them director Maren Ade. She scooped six prizes for 'Toni Erdman'. KINO presents the winners of the 2017 German Film Award. (29.04.2017)

2017: the year's most memorable movies

The film world can proudly look back on a successful year. Big festivals, the Oscars and the European Film Awards alike made a strong impact. Here's a look back at some of the cinematographic highlights of 2017. (18.12.2017)