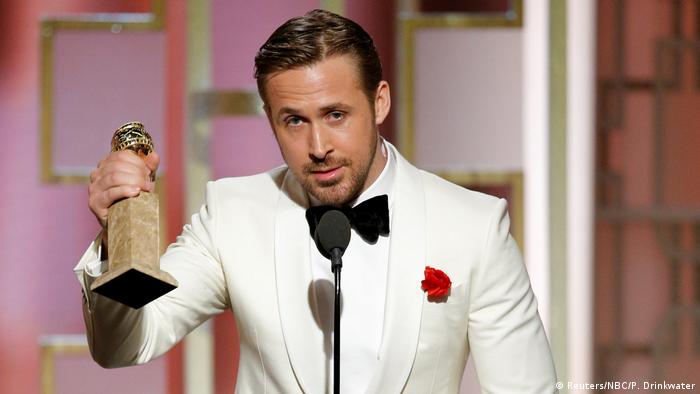 Lead actors Ryan Gosling and Emma Stone both took lead acting prizes in the comedy or musical category. The film also won best screenplay, score, original song and best director - breaking the record for the most Golden Globes awarded to a single film.

"Moonlight," director Barry Jenkins' coming-of-age story about a gay African-American boy in Florida won best drama - the most coveted prize at the awards.

The night was notable for the diversity of its winners in film and television with Viola Davis winning a best supporting actress award for the film adaption of the play "Fences." In television, Donald Glover's "Atlanta" won best comedy series while Glover took home the prize for best actor in a TV comedy.

"I really want to thank Atlanta and all the black folks in Atlanta," said Glover. "I couldn't be here without Atlanta."

The French movie's lead, Isabelle Huppert, took home the award for best actress in a drama.

Although it lost out this time around, "Toni Erdmann" still has a shot at an Oscar as it has been shortlisted for the Academy Awards this February.

In her acceptance speech, a breathless Huppert used her final moments to address President-elect Donald Trump's plan to build a border wall with Mexico.

"Do not expect cinema to set up walls and borders," Huppert said. 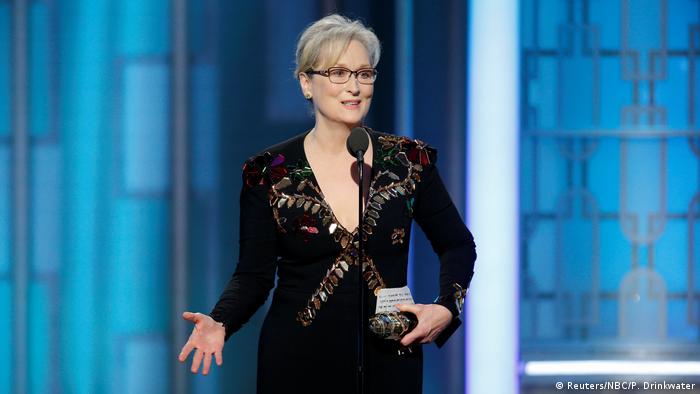 Huppert was not the first or the last award-winner of the night to use their acceptance speech airtime to praise diversity and take shots at the incoming president - without ever saying his name.

"I accept this award on behalf of psychopathic billionaires everywhere," British actor and comedian Hugh Laurie quipped, when accepting his award for best supporting actor in a limited series or TV film for his role in "The Night Manager."

But it was Meryl Streep's emotional acceptance speech for a lifetime achievement award that stood out from the rest.

When recalling notable performances over the past year, she singled out an incident where "the person asking to sit in the most respected seat in our country" imitated a disabled reporter from "The New York Times." Trump denies mocking the man.

"I still can't get it out of my head, because it wasn't in a movie. It was real life," Streep said. "When the powerful use their position to bully others, we all lose."

She also spoke out in support of journalists and urged "principled press to hold power to account, to call them on the carpet for every outrage," to cheers from the floor.

Streep, who can boast 48 career Oscar and Golden Globe nominations, took home the Cecil B. DeMille Award, handed out by the Hollywood Foreign Press Association.

The 74th Golden Globe Awards come as the movie industry is embroiled in its own debate about diversity after non-white actors were shut out for a second year in a row from last year's Academy Award nominations. The industry has also been criticized for unequal pay between the sexes.

Liberal Bay Area is vulnerable to Trump supporters' hate too

The San Francisco Bay Area has been at the fore of the "resistance" against Donald Trump since he was elected president. But even in this hub of left-leaning politics, hate crimes have occurred and locals are worried. (08.01.2017)

US House votes to decriminalize marijuana, little chance in current Senate 5h ago