2014: Unified, connected, insecure – a generation in search of itself

It's often said that young Germans have never been so conformist. With nothing to rebel against, unlike in 1968, today's youth would rather chase success and prosperity. But are digital natives being underestimated? 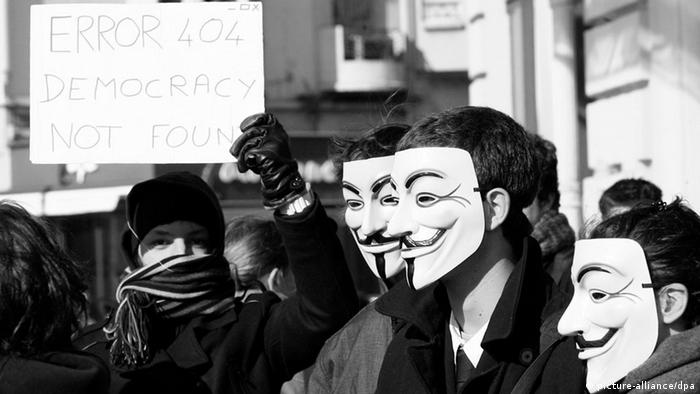 "There are so many things I'd like to do in life, my list is so long, but I'll never get around to everything," said Julia Engelmann, speaking into the mic. "And so I never even try. Instead, I hang around aimlessly with my smartphone, just waiting for Friday to come. 'Oh, I'll do that later' - this is how I live my daily life."

Engelmann, a 21-year-old psychology student, was speaking at a poetry slam at Bielefeld University earlier this year. The video of her performance went viral, was shared on Facebook and Twitter, posted on blogs and discussed in apartments throughout the country. 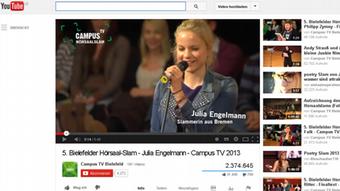 Meanwhile, the YouTube clip has been watched more than 6 million times. Listening closely, it's apparent that the piece is relatively mediocre, but somehow Engelmann's reflection over missed opportunities has struck a nerve with this generation.

It's a generation that has often been criticized for drifting along without any great ideals. And not only by their elders, but also their peers: Writing in the German weekly "Die Zeit" in 2006, budding journalist Frida Thurm claimed, "Our generation has nothing we can dissent against, and we have forgotten how to protest. This generation needs to fit in everywhere, needs to adapt, needs to be unobtrusive. This generation does not make waves."

And yet, members of this generation are not apathetic about everything. They protest - just in a different way. Since the news of global mass surveillance by the US National Security Agency was revealed by Edward Snowden just over a year ago, young Germans have taken to the Net to express their sympathy for the whistle-blower. Signs can be seen in windows offering the fugitive a place to stay. 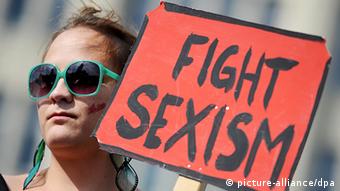 In 2013, young German women tweeted their experiences with sexism under the hashtag #aufschrei

Just over a year ago, tens of thousands used the hashtag "#aufschrei" ("outcry") to protest sexism in Germany. These digital natives support crowdfunding campaigns for creative and charitable projects close to their hearts. Instead of mass demonstrations, they've been using these new technical developments to shape their world.

Today's young people, between the ages of 12 and 25, are mostly optimistic. The Shell Youth Study, which surveys the mood of Germany's youth every few years, noted in 2010 that 56 percent of respondents were optimistic about the future. According to a report by the Federal Ministry of Education and Research, the number of students has almost doubled since 1993. More doors are open for the youth of today than ever before. But which door should they choose?

"It's suggested that you can be anything," wrote Sarah Kuttner, author and former TV host with the music channel "Viva." "Today, a lot of strength is needed to cope with the wide range of possibilities. This choice can also be overwhelming." But not all young Germans have this problem of luxury: Around nine percent of all employable people aged 15 to 24 aren't able to find work or training. They are dependent on state welfare aid.

Today's teens have grown up in a united Europe, and they enjoy the freedoms that Europe has brought them. They're able to freely choose where they want to work, they can travel with ease and the Erasmus exchange program has given many students a memorable time abroad. About 70 percent of young Germans says the country's membership in the EU is a good thing.

They have grown up in a multicultural society, even though it seems as if Germany is finding it harder to come to terms with this reality than other countries. Around 16 million Germans today have an immigrant background; 5.4 million were born here. They, too, are a part of society, studying to become teachers, helping to care for the elderly or serving in the armed forces. 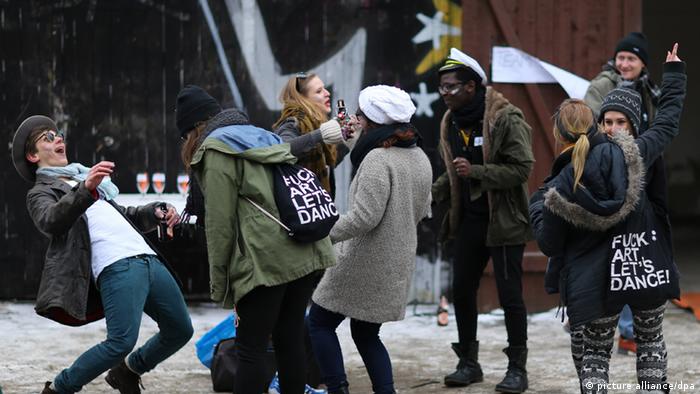 Hipsters, one of the subcultures that have emerged in Germany, are all but ubiquitous in Berlin

In the last 20 years, myriad subcultures have developed among young people, including geeks, hipsters, emos, skaters, twinks, manga girls - even the punks and tree-huggers from the 1980s have survived to the present day.

Despite this fragmentation, young people have one thing in common: complete interconnectedness and real-time communication. The smartphone has become an extension of the body, with services like WhatsApp, Snapchat and other messenger apps keeping them in constant communication. Around 80 percent of youth aged 14 to 17 log in to social networks at least once a day.

According to the latest Youth, Information, (Multi-) Media study from the Stuttgart-based Media Educational Research Association Southwest, 86 percent of girls and 91 percent of boys aged 12 to 19 now have access to the Internet. An even higher percentage owns a mobile phone.

The constant pull of the cold, blue screen also has an effect on one of the dominant youth topics: love. On dating apps like Grindr and Tinder, young men and women are able to arrange blind dates - and if the meeting is successful, continue the conversation on WhatsApp. 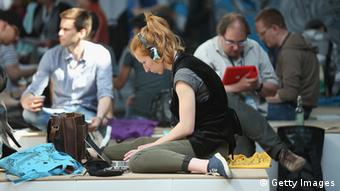 But the question of whether the love of one's life can be found among the countless potential dates remains just as uncertain as in analog times. But even in love, today's youth remain pragmatic. "I would prefer to tell my parents that we met in the supermarket," reads one dating profile.

The young generation also uses social media for learning purposes. In recent months, a popular subject was World War I and the lessons learned from the conflict. A survey by polling institute Forsa revealed earlier this year that Germans aged 14 to 29 showed an above-average interest in these topics. They want to know how a belligerent nation that sent its youth into two world wars has been able to develop into a free, multicultural society in a united Europe. And they want to carry these values forward into the future.