Military drills, soldierly obedience: Young men had to stand to attention, and young women had to do their part as well, from home. A shadow hung over Germany's youth in the summer of 1914. And then came war. 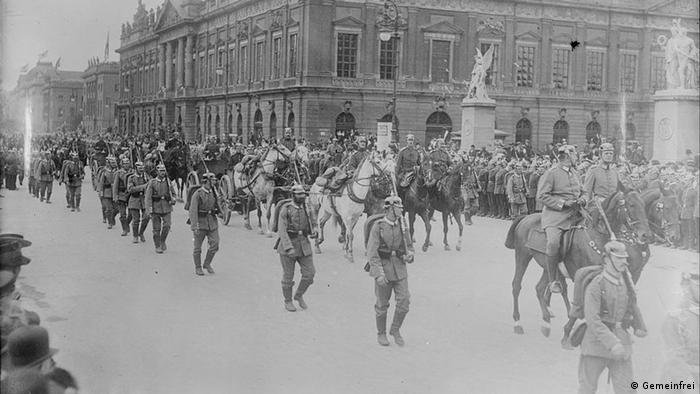 One hundred years ago, life was anything but a bed of roses. Youth as a time of rebellion and experimentation did not exist. Children were seen as small adults: they had to be patriotic, religious and trust in authority. They grew up fast, but weren't legally seen as adults until the age of 21. And when it came to politics, they could only have their say from the age of 25 - the male half of the population, that is. Women didn't yet have the right to vote.

Children of the working class already began supporting their family by the age of 12 or 13, some working up to 10 hours a day. Many girls were exploited as maids, sometimes sexually by their own employers or their teenage sons.

Daughters from wealthier families were prepared for marriage early. After completing their education, they went to finishing school where they learned proper manners and housekeeping. Pursuing a profession was not encouraged.

A generation discovers itself 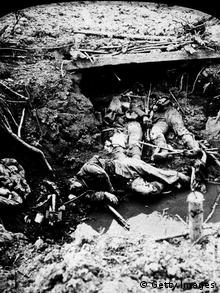 Very few had any idea of the horrors awaiting in WWI...

But a growing percentage of young people no longer wanted to follow societal norms, and began freeing themselves from the old ways. A Berlin student newspaper from 1913 stated: "We should not have so much false sympathy for our parents. We have already spoiled them too much."

This resulted in two divergent movements. The first, hiking and outdoor enthusiasts known as "Wandervögel," got their start at a high school in Berlin-Steglitz in the late 1800s. Those that took part usually came from good families, and were inspired to head out and enjoy nature, cooking and sleeping in the open air, loudly singing folk songs and strumming their lutes. At their height, the Wandervögel had about 10,000 members.

The authoritarian state wasn't overly concerned by the Wandervögel - they were hardly revolutionaries. The young people in the workers' associations, on the other hand, were different. The state oppressed them due to their close ties with the political opposition: the trade unions and the Social Democratic Party (SPD).

The German Reich was on its way to becoming a world power - economically, scientifically and militarily. But political and social developments lagged behind. At the top stood the "Kaiser," Emperor Wilhelm II. The nobility occupied the important positions in the administration and the military and family ancestry was important. But the rising bourgeoisie, along with the workers, were beginning to question society's traditional model.

Overshadowing everything was the growing threat of war. Many were craving it - the military, for example, anxious to try out Germany's new weapons. Nationalists and imperialists, too, were hoping for war. They wanted to secure what they believed was Germany's rightful place in the ranks of the world powers - the then much-discussed "place in the sun."

From regional conflict to global catastrophe

On June 28, Austria's Archduke Franz Ferdinand and his wife were killed by a Serbian assassin. A regional conflict between Serbia and Austria-Hungary escalated into an international crisis, pulling all of Europe's major powers along with it. 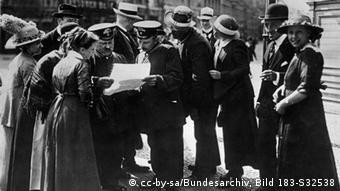 Military powers - and not only in Germany - mistakenly believed that this would be a brief skirmish, and that soldiers would probably be home by Christmas. But they underestimated the deadly power of new weapons: machine guns, artillery, tanks. The result: trench warfare, poison gas, heavy casualties. World War I was the first industrialized war in human history, a regional conflict that turned into a global war lasting four years and resulting in 17 million dead.

In Germany, the press and government used the opportunity provided by the assassination in Sarajevo to stoke nationalist sentiment. Germany was threatened, they said, surrounded by its enemies: attacking was the best defense. On August 4, 1914, the emperor gave a speech in front of politicians at the Reichstag in Berlin, proclaiming: "I no longer see any parties, I only see Germans!"

The national conservative elites that made up the government and the military relied on the patriotism and solidarity of all Germans, and it worked: Young men from the middle and upper classes, yearning to show Germany's enemies what they were made of, enlisted in droves and headed off eagerly to war.

Women and girls were also drawn to the front; in Germany, between 100,000 to 120,000 volunteered as nurses. About 25,000 of them experienced the events of war firsthand, right near the frontlines.

Their ideals of freedom quickly forgotten, the Wandervögel too rushed to sign up for military service. Many in the working class, however, refused to take part. It was not their war, they said: "Down with the war" was the chant of thousands who protested against the imminent conflict in the summer of 1914. Such demonstrations were immediately prohibited. 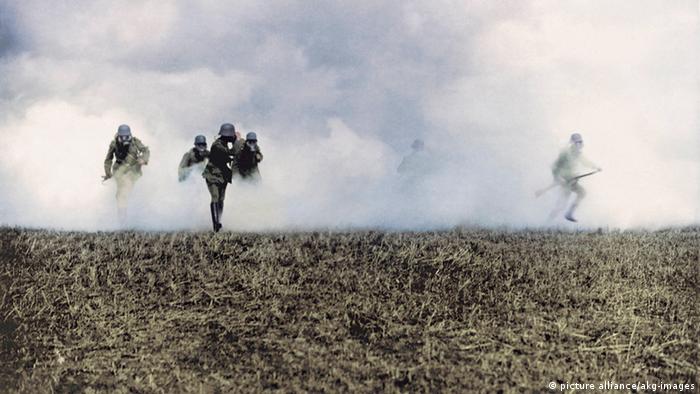 Growing up on the front

At the front, disillusionment was quick to set in. Young men, some just children, ended up as cannon fodder. In this war, these types of volunteers were no longer appropriate. What were needed were well-educated, technically accomplished soldiers.

A correspondingly high number of the causalities were from among these volunteers: Every fourth Wandervögel to sign up for the war died, and among German students, it was one in five. Those who survived often suffered terrible injuries. Every second soldier was wounded - based on the number of treated cases - and many were disfigured for life. Mental suffering was evident from the countless diaries and photos left behind, and, especially, from the 28 billion letters sent home from the front.