20 years of freedom? Not for Eritrea's youth

Two decades after gaining independence from Ethiopia, Eritrea still has some growing pains to overcome. As its youth opt to flee mandatory military service, 20 percent of the country's population now live in exile. 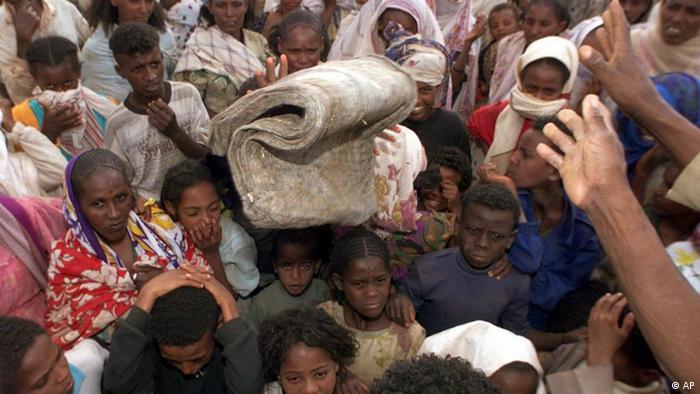 At a lookout point just outside Eritrea's capital, Asmara, children run around playing and laughing. The view reveals beautiful buildings on the horizon, relics of Italy's colonialization of the country in the early 20th century.

The view on the other side is less serene however. A slum, packed full of ramshackle huts, reaches to the horizon. The children playing live in the slum, as does the group of young men loitering nearby on a wall. When asked for an interview, the group breaks into fervent discussion.

In Eritrea, it can be dangerous to speak your mind. Many have landed in prison after doing so. But eventually the young men open up about themselves. Some are unemployed. Some work, but have the day off. When asked, they say they're happy with their lives.

"I don't really earn enough, but I get by," says 19-year-old Daniel, who works as an auto mechanic. "I'm not poor, but I'm not rich either."

A nation on the run?

The earliest references to Eritrea are prehistoric, but the African nation on the Red Sea is actually quite young. Nearly half its population is below age 14, and the country itself has only enjoyed sovereignty for two decades. Eritrea's citizens tend to hold their tongues when it comes to criticizing President Isaias Afewerki's regime, which has ruled the country since its independence.

Eritrea suffers from very high rates of poverty, with two-thirds of the population considered poor by the UN. Over one-third of all Eritreans are considered very poor. 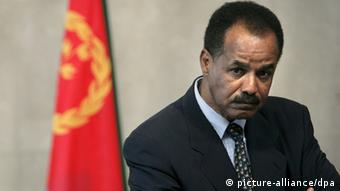 Eritrean President Isayas Afewerki has ruled the country since 1993

One of the country's most controversial policies is compulsory military service for both young men and women, sometimes for unspecified amounts of time. Many youth attempt to flee the forced service. They escape via the sea, in makeshift rafts, often well aware of how life-threatening the journey itself can be. Others become victims of human traffickers as they pass through the Sinai Peninsula. Still, nearly one million Eritreans live in exile, some 20 percent of the population.

For Daniel, it's hard to imagine life outside of Eritrea. He has never left his homeland. He doesn't use the Internet and has no access to international newspapers.

"Eritrea is all I know," Daniel says. "I can get by in my own language. I'm home here. Even if everything's not perfect, I'm proud of my country."

Unlike many of its African counterparts, Eritrea was not completely independent after colonialization. In 1951 the United Nations joined the country with its bigger neighbor, Ethiopia. A war for independence lasted 30 years, with Eritrea finally gaining sovereignty in 1993.

"One thing we have learned is that 20 years is a short time in terms of nation-building," says Yemane Ghebreab, an advisor to Eritrea's president.

The government demands absolute obedience from its citizens. Ethiopia could still be a threat, the regime says when trying to convince the population of the value of military service. 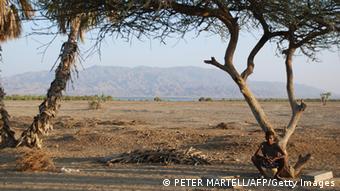 Poverty, as well as demanding military service, mean that many young people opt to flee the country

Rebellion is a rarity in Eritrea, but earlier this year, reports of a coup attempt trickled beyond the country's borders. Tanks were even reported to have rolled through Asmara. The president's advisor does not deny the incident, nor does he play down other problems plaguing the country.

"There have been difficulties," Ghebreab explains. "We have not been able to raise salaries for a long time for instance. That's one of the things we're working on. And, we need to communicate better with our people."

Putting on a brave face

The country's leadership promises more transparency in the future. Young state employees like Salam Teklemariam are tasked with pushing this development. After her military service, the 27-year-old worked her way into government.

"I work in the department for political affairs," said Teklemariam. "I studied politics, then I went to other regions to work as a department assistant. That's how I gained a lot of experience. That's why I was assigned to work for the ruling party."

Teklemariam doesn't want to hear about the fact that many of her peers are fleeing the homeland.

"Have you seen it?" Teklemariam asks. "I'm not sure. Is there any proof? Most Africans want to go abroad, but it's the economic crisis that makes them want to go. People want to make money to help their families at home. But we don't have a political or any other type of crisis."

Instead of criticizing, young people who opt to remain in Eritrea prefer to not speak out, it seems. The ones who do, are supporters of their country. Even Daniel says he'll never abandon his homeland.

"I would never move away from here," Daniel says. "Even if someone offered me a palace. In our neighborhood we stick together. We celebrate and we mourn together. I grew up with this community and can say that life is good here."

An Eritrean refugee who calls himself Mulugeta is speaking out for the first time since he arrived in Tel Aviv after surviving a torture camp in Sinai - one of hundreds of refugees who managed to pay his way out. (11.06.2013)