Anguish for Eritrean refugee over daughters′ Sinai fate | Middle East | News and analysis of events in the Arab world | DW | 11.06.2013

An Eritrean refugee who calls himself Mulugeta is speaking out for the first time since he arrived in Tel Aviv after surviving a torture camp in Sinai - one of hundreds of refugees who managed to pay his way out. 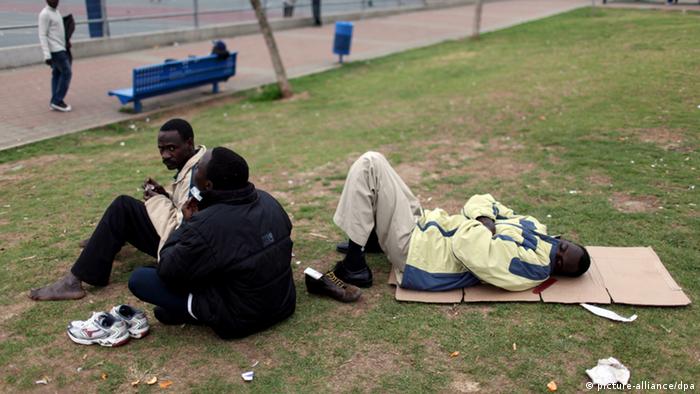 Mulugeta is a quiet man. His voice is low and his eyes are sad, but he is pleasant as he forces a smile under his thin mustache. He works from dawn until dusk as a janitor. He lives in a men's shelter in Petach Tikva, just a short distance from Tel Aviv, and he prays for the safety of his daughters.

It had taken nearly two weeks for Mulugeta to come forward but now he is ready. He is one of hundreds of refugees who managed to get out of a Bedouin torture camp in Sinai.

The African Refugee Development Center (ARDC) in Tel Aviv reports that tens of thousands of refugees have come to Israel from Eritrea and Sudan. Those coming from torture camps in Sinai are more difficult to calculate. Arriving outside the compound where Mulugeta lives, Wuldu, a translator, leads us to a nearby bench where we can sit and talk.

Mulugeta is from Eritrea. In 1987, at the age of 15, he entered the army and would go on to fight for freedom and for his country. Eritrea gained independence from Ethiopia in 1991. He is 40-years old now, and last year, in July, when his daughters turned 15 and 17, he decided he wanted to take them out of the country. He hoped for a better life and education for his girls; he had hoped to take them to Europe.

Mulugeta's wife, Lemlem, stayed behind to care for their six other children. Within days, they reached a North Sudanese camp. Hours later, after their arrival, he stated, soldiers came into the camp and traffickers followed. He was beaten, his legs were sliced and cut, and he, his two daughters and a group of other refugees were taken to Sinai. For 15 days, they crossed the desert, with little to no food or water. When they arrived at the camp, Mulugeta was forced to the ground, his face in the dirt while iron chains were roughly locked around his ankles and wrists. He was beaten over and again. He told me he watched another man next to him die from all the beatings and malnourishment. 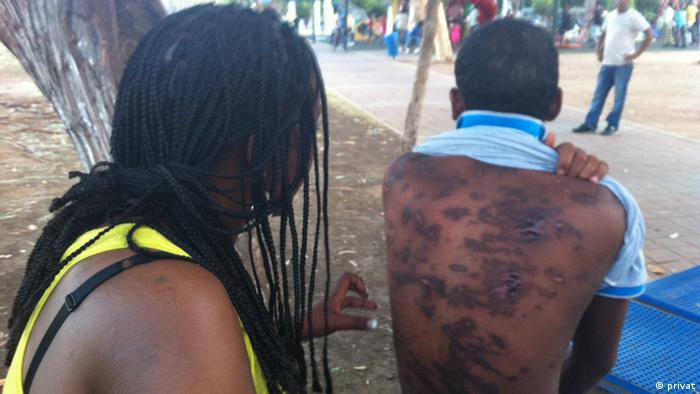 Captives were often left lying in the dirt for days or weeks, he said. The traffickers used stones, chains, or branches from a tree to beat victims on their legs, back and even his head, Mulugeta explained. The pain was excruciating, but after a while, he admitted, he didn't even feel it, his body was numb and it all became a blur. He often went in and out of consciousness. Then I asked him, as tenderly as possible: "Were you ever raped?" Wuldu struggled translating the question. Mulugeta stared at the city lights for what seemed to be hours, though it was only a couple of minutes. Finally Wuldu turns to me exasperated. "How can he talk about these things? What can he say? His concern is not for him. He worries for his daughters." Mulugeta pulls out a tissue and begins to dab his eyes.

His upper body bent over, he stumbles when he tries to speak. Wuldu continued waving his hands in the air. "What could he do? He doesn't remember much about the beatings." Mulugeta said if wanted to see his daughters, the traffickers would bring the girls to him and rape them in front of him. There was nothing he could do. They cried for him, but he was forced to watch as they screamed and were violated, stripped and beaten.

The traffickers demanded $30,000 for each of them. The translator explained that many people in Mulugeta's community in Eritrea raised the funds and gave them to his wife. When she sent money, the traffickers told him: "If we let one of the girls go, we don't know if she will make it out, she might get taken by someone else, so you go - and send us the money. Your daughters will be safe here."

Mulugeta arrived in Tel Aviv in November last year - forced to abandon his daughters. He was released after three months along with four others and brought to Israel where they were left out on the street. He says he is comfortable at the shelter. There are many men there who have gone through similar experiences. Wuldu expresses his admiration for Mulugeta. He often seeks his advice, his comfort and they pray. Mulugeta is grateful to the Israelis for giving him somewhere to say. "I want to give thanks," he said.

He has many sleepless nights. While his physical scars have healed and he has health care and food, he often remains reserved because his mind is always on his daughters and seeing them again. He has not heard from the traffickers since he left, though he believes his daughters are still alive. Mulugeta believes if he can pay the money, maybe, the traffickers will set his daughters free. But both he and Wuldu acknowledged money often means nothing and people have often been punished after paying their debts. Many times, the traffickers demand more. Mulugeta is in touch with his wife and they are doing everything they can, he said.

But Eritreans, Sudanese and Ethiopians are still flooding through Israel. With few other places to go, Israel is a country where they are often stuck. And the government doesn't have enough laws or systems in place to care for the victims or help create a jobs for them. 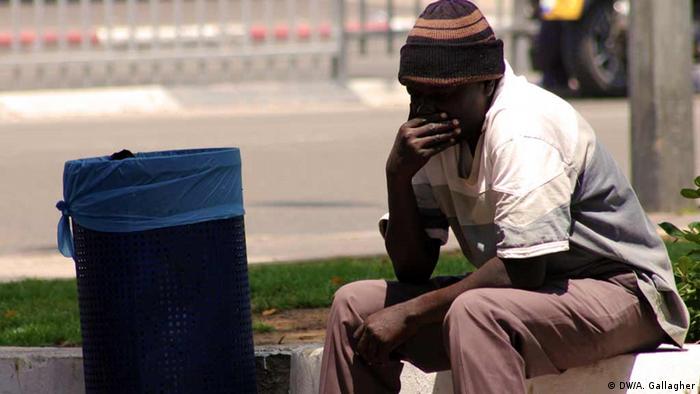 Many of them live near Tel Aviv's Central Bus Station at Levinsky Park. One man said he didn't understand why journalists came because it never really helped their situation. Another told me he is glad to talk to photographers and if they are kind, he doesn't mind helping them. Still another man complained he only ever had a room when he is able to find work, but most nights, he sleeps in the park. To him, Israel is a rich place where people could help, but no one ever does, he says, they don't even stop to talk to him.

Wanting to be heard

ARDC Director Yohannes Bayu said they rely heavily on donations from the UNHCR. Those who manage to avoid being detained when they enter the country are usually picked up by non-profit organizations like the ARDC or the Hotline for Migrant Workers. The government has few shelters and it's up to the community to help men like Mulugeta find jobs and resources to survive. According to the a Human Rights Watch report in March of this year, "80 percent of Eritrean asylum seekers are granted some form of protection" and only since February has Israel begun to register claims. The ARDC itself can only hold around 50 people at any given time. Bayu says most progress to help give Africans refugee status is made through a long, tedious court process and usually only when there is a sympathetic judge. He believes Israel can do better.

For now, Mulugeta said he wants to help the world by opening up and sharing his story. He wants to be a voice and maybe others will find freedom and not suffer. It is not easy, but Mulugeta explained, he tries to stay busy, lives on the hope he has for his daughters, and perhaps one day they'll be free.

Hostages from Eritrea and other countries are being held for ransom in the Sinai desert. The European parliament has called on Egypt to stamp out the practice and investigate 'murders, tortures and rapes.' (21.03.2012)