Joachim Löw has mixed in a few World Cup champions with members of the squad that won the Confederations Cup in Russia. The title holders could become the first European team to qualify for next summer's World Cup. 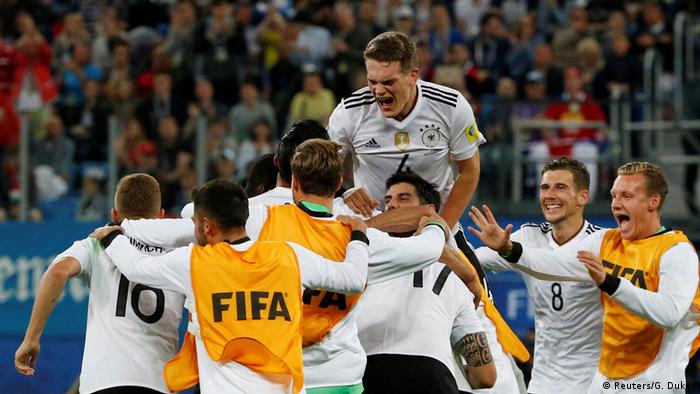 Mats Hummels, Toni Kroos, Sami Khedira, Mesut Özil and Thomas Müller, all of whom helped Germany to the 2014 World Cup title, have returned to the squad for September's World Cup qualifiers against the Czech Republic and Norway.

Head coach Joachim Löw left them and Mario Gomez out of the squad that won the Confederations Cup in Russia this summer in order to give them some much-needed rest, after they had payed in the European championship in France last summer. Most or all of them are expected to be part of Germany's squad for next summer's World Cup.

Serge Gnabry, who featured prominently in Germany's victory in the Under-21 Euro, also made the squad. The winger, who is on loan to Hoffenheim from Bayern, received his first Germany cap in a World Cup qualifier against San Marino last November. 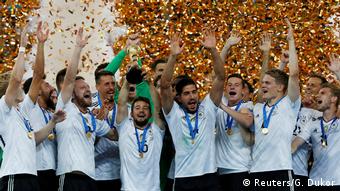 Most of the Confed Cup squad is back

Most of the remaining squad is made up of players Löw used in the Confederations Cup. Shkodran Mustafi, Marvin Plattenhardt, Sandro Wagner and Kerem Demirbay are the only four Confed Cup players not to make the team.

Manuel Neuer and Jerome Boateng, who also received the summer off, were not nominated as both remain injured. Neither has played for Bayern Munich so far this season.

On the brink of qualification

Germany, who are at the top of FIFA's men's rankings, are very close to booking their ticket for Russia next summer. The World Cup champions haven't lost any of their Group C games in European qualifying so far.

Germany defeated both the Czech Republic and Norway 3-0 last September, with Müller scoring twice in both games.

A defensive error from Chile's Marcelo Diaz handed Germany a second international tournament win of the weekend. Gladbach's Lars Stindl was the man to profit, as Germany's ruthlessness decided the game. (02.07.2017)