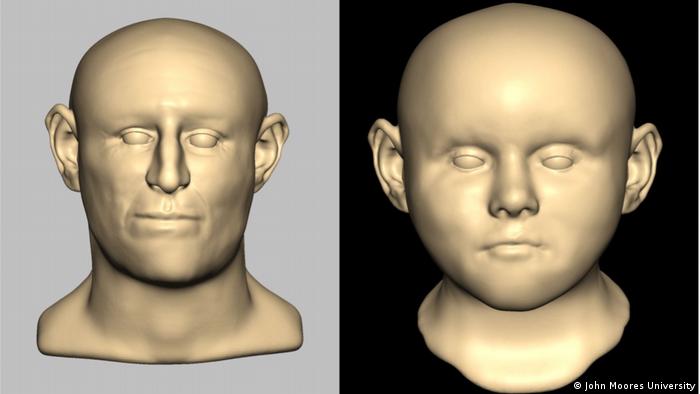 In 2004, construction workers building a mall in Norwich, UK, made a shocking discovery: They found the skeletal remains of seventeen humans at the bottom of a medieval well. The finding grabbed the attention of historians and laypeople alike.

There were indications that suggested the bodies could have been Jewish.

Now, researchers have got closer to the bottom of the case: Through DNA analysis, they have discovered that the bodies were almost certainly Ashkenazi Jews. This research provides some of the first scientific insight into the DNA of medieval Ashkenazi Jews and offers key information about the population's medical history.

Ashkenazi Jews are a Jewish diaspora population that settled in Germany on the banks of the river Rhine and in Italy sometime before the 12th century. Ashkenazi Jews currently make up about 80% of the world's Jewish population.

They are a particularly interesting population for geneticists to study because they demonstrate low genetic variability and distinctive characteristics, such as a high prevalence of autosomal recessive diseases, which include sickle cell disease and cystic fibrosis, and a strong risk of Parkinson's and breast and ovarian cancer, for example.

The high frequency of some of the otherwise uncommon genes in the Ashkenazi Jewish population, and the lack of genetic variability in the population itself, alludes to something called the "founder effect," which describes a genetic phenomenon that occurs when a small group of individuals becomes separated from a larger population.

A population that has experienced a founder effect will exhibit genotypes and physical traits resembling the initial group, and these may be very different from the original larger population, says the National Human Genome Research Institute in the United States.

Geneticists say founder effects happen for different reasons, but often occur in response to something called a "population bottleneck."

Population bottlenecks occurs when the size of an entire population is sharply reduced by a mass extermination event, like a large volcanic eruption, a tsunami or a genocide.

Researchers found proof of this sort of bottleneck in the Ashkenazi Jewish population in a 2014 research paper that found that all of the Ashkenazi Jews alive on Earth today can be traced back to around 350 people who lived between 600-800 years ago.

Ashkenazi Jews have experienced a number of bottlenecks over the past centuries due to antisemitic violence, but scientists are particularly interested in this specific bottleneck because it caused genetic variations.

This new research, published on August 30 in the journal Current Biology, indicates the event could have happened earlier in history. Mark Thomas, an author of the paper and an evolutionary genetics professor at University College London says it could have happened sometime in the early Middle Ages. 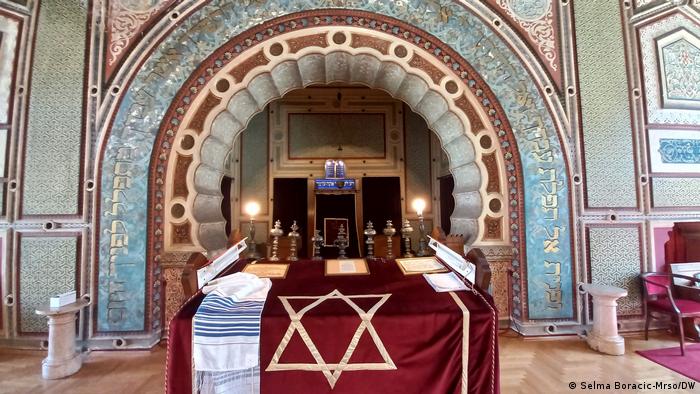 An Ashkenazi synogogue in Sarajevo, built in 1902

Genetic testing on the skeletal remains

The scientists tested in the medieval samples of six individuals found in the well a range of genetic variants known to exist at a higher frequency in Ashkenazi Jews than in non-Ashkenazi Jews today. They found some of the variations.

In order to understand the significance of finding these variations, the researchers did computer simulations, asking the question: How many variations would we expect to find if this population had the same frequencies of disease variants then as Ashkenazi Jews do today? And how many would we expect to find if they had the same frequency as non-Jewish Europeans today?

"What we've seen genetically in these samples is consistent with them coming from a population where the frequency of these Ashkenazi associated genetic diseases is around the same then as it is now," said Thomas. "If that's the case, then the bottleneck that drove them to high frequency must have [happened] before the vast majority of studies have concluded."

Ethical issues with the research

This is the first time geneticists have analyzed ancient Ashkenazi Jewish DNA in a peer-reviewed paper, because there are ethical prohibitions against unsettling Jewish graves.

Other inferences about the genetic history of the population have been made through sequencing of Ashkenazi Jewish individuals who are still alive. That's how researchers made their initial projections about the bottleneck event.

"There is information about the past by looking at DNA today, but it's not as good as looking at DNA from the past," said Thomas. "It's always gonna be better to have DNA directly from that time. It's the same if you're looking at population history, if you're trying to look, for example, for signatures of natural selection. We can detect it from modern data, but there's nothing more powerful than detecting it from ancient DNA data."

Because the researchers did not know anything about the bodies when they began their research, in this instance, it was acceptable.

"In our case, we didn't disturb any Jewish graves," Thomas said. "These were in soil from excavations from a shopping center development, and we would not have known that they were likely Jewish without our work."

Scientists from Erfurt have published a pre-print paper with genetic data from 33 Ashkenazi Jewish people from the 14th century. The paper hasn't been peer-reviewed, but they say they also observed disease variants associated with Ashkenazi populations.

A scientific view on history

Although this research does not explain how the 17 people died, nor when the bottleneck took place or how, it does help disprove at least one theory about the origins of Ashkenazi Jews: That they descended from the Khazars, a Turkic people who migrated into Europe in the 12th and 13th centuries when their empire was collapsing.

The theory was put forward by Arthur Koestler in his 1976 book The Thirteenth Tribe.

"That's not going to be true. There's no way you could explain our data on Ashkenazi Jews with that theory, it just doesn't work. So, that's out of the window," said Thomas.

That's because this UK data comes from much earlier.

And in regards to the bodies themselves: Once the local Jewish community learned the skeletal remains were of Jewish origin, they facilitated a traditional burial service for them. The researchers have worked closely with the local Chief Rabbi's office, said Ian Barnes, a molecular evolutionary biologist at the UK's Natural History Museum. He has been involved in this case for years.

Whether the Chinese emperor, the prophet Moses or the US founding fathers: the hemp plant has been part of people's everyday lives for millennia — and not just as an intoxicant.