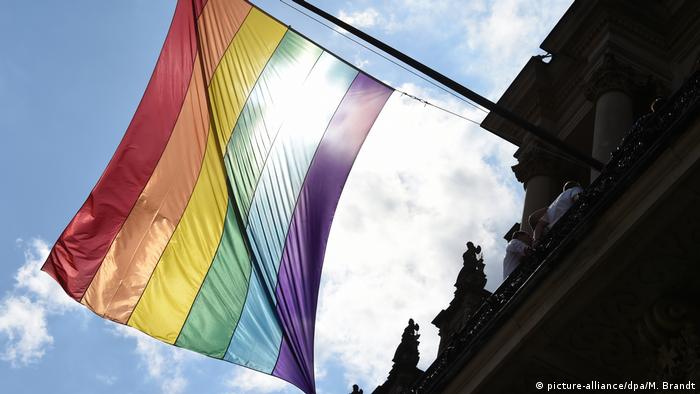 Thirty-percent of homosexual people and more than 40% of transgender people in Germany reported being discriminated against at work, according to a study issued Wednesday by the German Institute for Economic Research (DIW).

According to the study, homosexual people and transgender people are employed to a similar extent as the heterosexual population, but they are usually more highly qualified, according to the report, made available to the Funke Media Group. For example, the proportion of LGBT+ who have graduated from technical school and university is 60%, compared to 42% of the rest of the population.

LGBT+ people work less often in the manufacturing industry, but more often in health and social services as well as the arts and entertainment industries than the rest of the German population.

"The figures are consistent with what we know from our own surveys and also from our counseling practice," Bernhard Franke, acting head of the Federal Anti-Discrimination Office, told Funke.

LGBT+ people often experience forms of bullying and harassment at work and so frequently keep their sexual identity a secret, said Franke. "No one should be discriminated against in Germany because of their sexual or gender identity," he said.

Transgender people have to deal with a particularly high level of discrimination, Franke said, adding that studies show people's name changes are often not accepted. Transgender people often face, for example, "an inappropriate, often sexualized interest in private life, imitating or ridiculing voices or gestures or not being able to use toilets according to one's gender identity," he said.

Franke added that employers should be the first to take action: "Companies should emphasize and promote diversity, not hide it. In addition, it is important to intervene as soon as discrimination is recognized."