Zimbabwe's constitutional court has outlawed child marriage after two women who married as children took the government to court. One-third of women in Zimbabwe married before the age of 18, according to a rights group. 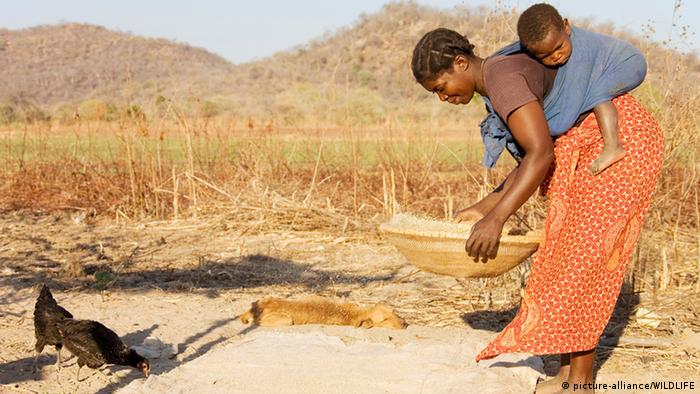 The southern African country's top court ruled illegal on Wednesday the country's marriage law for allowing girls to marry at 16 but boys at 18.

Two child brides, Loveness Mudzuru and Ruvimbo Tsopodzi, challenged the law for driving girls into a life of poverty, depriving education and discriminating.

The ruling also includes not allowing marriage until 18 for "unregistered, customary or religious" unions, Judge Vernanda Ziyambi said while delivering a unanimous ruling.

Like too many young girls, Mudzuru and Tsopodzi were forced to marry before the age of 18.

Poverty, the prospect of dowry and fewer mouths to feed drives many families to force young girls to marry early. Child marriage sets women up for potential abuse and a cycle of poverty as well as death or injury during childbirth.

Mudzuru and Tsopodzi were forced to marry after they became pregnant as teenagers.

Mudzuru said in her affidavit that child marriage created a vicious circle of poverty.

"Young girls who marry early and often in poor families are then forced to produce young children in a sea of poverty and the cycle begins again," stated Mudzuru, who was married at 16 and had two children before she was 18.

"Raising a child when you are a child yourself is excruciating and painful," she said.

Tsopodzi, now 20, was 15 when she was forced to marry. She later left the marriage and returned to her parents after suffering emotional and physical abuse, according to the affidavit.

"My life is hell at the moment and cannot be wished on anyone else," Tsopodzi's testimony said.

Their case was supported by legal and rights groups.

"This is a great day for gender equality, women's rights and children's rights and the fight against poverty," Veritas, a legal group that led the court challenge said following the decision.

Rights groups called for greater education about the dangers of early marriage and for the legislature to define appropriate penalties for breaking the law.

The UN's children's agency UNICEF said in a report last year an estimated 125 women were married in Africa as girls, a number that could rise to more than 300 million by 2050.

According to the African Union an estimated 14 million underage girls are married on the continent each year.

A Human Rights Watch Report last year found one-third of women in Zimbabwe between the ages of 20 and 49 had married before turning 18.