Zimbabwe's heroes have traditionally been buried at Harare's National Heroes Acre. But after much wrangling between the government and Robert Mugabe's family, the former leader has been buried at his rural home. 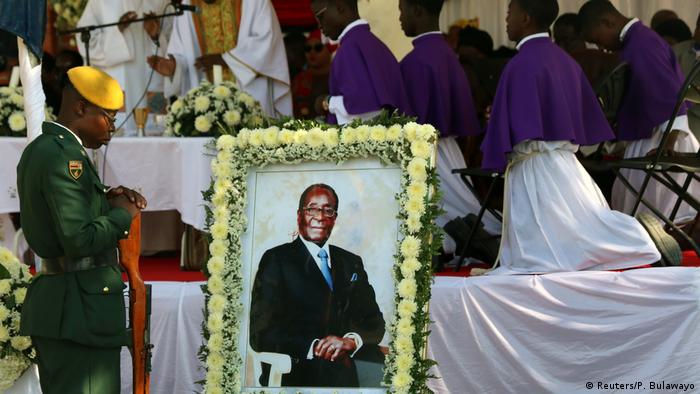 It's been nearly a month since Zimbabwe's longtime leader, Robert Mugabe, died in a hospital in Singapore. But after a life at the top of southern Africa's political scene, the former president's final wishes have left a lingering controversy which many say reflects his complicated political legacy.

As an independence hero, Zimbabwe's first prime minister and later, president, Mugabe should have been buried at the National Heroes Acre in Harare. The socialist era monument with its larger-than-life gold statues of Zimbabwe's war veterans and a relief of Mugabe himself is located in the center of the capital, and was built on the order of Mugabe's government with the help of North Korean architects in the early 1980s. Several national heroes, including Mugabe's first wife, Sally, are buried here — the gravestone next to hers was reserved for Mugabe himself.

Yet after his ousting as the country's leader in 2017, Mugabe changed his mind. He no longer wanted to be buried alongside his fellow veterans, but insisted his remains be interred at his rural home in the village of Kutama, 90 kilometers (55 miles) to the west of Harare.

After much back-and-forth between the Mugabe family and the government in recent weeks, the former leader's wishes have now been granted. His casket bearing Zimbabwe's green, yellow, red and black flag was put into the ground in Kutama on Saturday afternoon at a ceremony attended by his family and hundreds of supporters. No senior government officials were among the audience.

"This man lives forever," said the priest. "Our hearts are bleeding because we have lost our father. This is a man who made use of the gifts he was given by God. This man was an asset, he was not a liability." 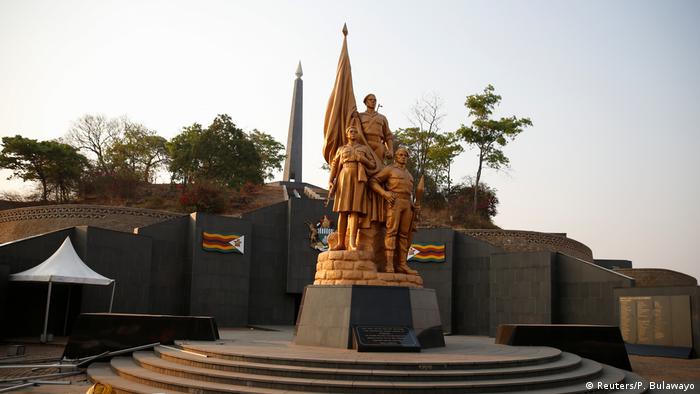 The whole drama has left a bitter taste in the mouth of Zimbabweans, who are already divided about Mugabe's legacy. "It shows that Robert Mugabe was a selfish person," said Mlondolozi Ndlovu of Zimbabwe's Amnesty International chapter. "He thought about himself and his family. Whatever he did was never for the people of Zimbabwe."

Others, like lawmaker Temba Mliswa — a member of ZANU-PF, Mugabe's former political party — said that in their eyes, Mugabe will remain a national hero no matter his shortcomings. "He's a man who really did a lot for us," Mliswa told DW. "We revere him despite some of the challenges that happened in the end. People have an understanding why they happened and lessons must be learnt."

After the official state funeral, attended by a number of African heads of state two weeks ago, Mliswa said it was right for Saturday's burial was a private family affair.

During the public dispute over Mugabe's final resting place, his family has remained confident that the former leader's image will be restored. "In death, whatever was destroyed has been rebuilt," Leo Mugabe, the former's president's nephew, told DW shortly after the state funeral.

A spokesperson for the family even had conciliatory words for President Emmerson Mnangagwa's official send-off for Mugabe: "If you listen to the president, he pitched him at the right level. The legacy has really been put together again."

In Kutama, his rural home, Mugabe remains as popular as ever. "We would run to his gate each Friday when we would hear sirens of his motorcade. He would give us candies and biscuits," a young woman remembered.

Abel Matarirano, a local teacher, also remembered Mugabe, who started his career as a teacher. "He would encourage us to acquire education," he said. "As a teacher, he himself was a legend in education. He used to employ a lot of young people at his homestead. All the roads that you see around, he would employ young people to repair them."

In addition to his family and supporters, rural authorities had also called for Mugabe's remains to be buried at his birthplace. Speaking to DW correspondent Privilege Musvanhiri, they said Mugabe belonged to a lineage of chiefs and therefore deserved a chief's burial. Such traditional burial rites are, however, generally carried out in secret, away from the eyes of the public.

While their former leader is laid to rest, ordinary Zimbabweans are still feeling the strain of the country's difficult political past and present. In recent weeks, the country has experienced doctors' strikes, as well as a suspected kidnapping of the doctor's union leader. Harare is also facing an acute water shortage, due to aging pipes and infrastructure.

"I have perceived from my different meetings around the country that there is a serious deterioration of the political, economic and social environment since August 2018, resulting in fear, frustration and anxiety among a large number of Zimbabweans," he told the Reuters news agency.

At the same time, the International Monetary Fund has urged Zimbabwe to intensify its commitment to economic and political change.

Former Vice President Emmerson Mnangagwa is taking power from Robert Mugabe — an apparent denouement in their intriguing shared political history. The two have certainly had their ups and downs over the years. (24.11.2017)