Zimbabwean diamonds set to return to the European market

Zimbabwe’s economy is in dire straits, much of the population is starving. The country is now looking to restart its diamond trade with Europe following the lifting of restrictive measures imposed by the European Union. 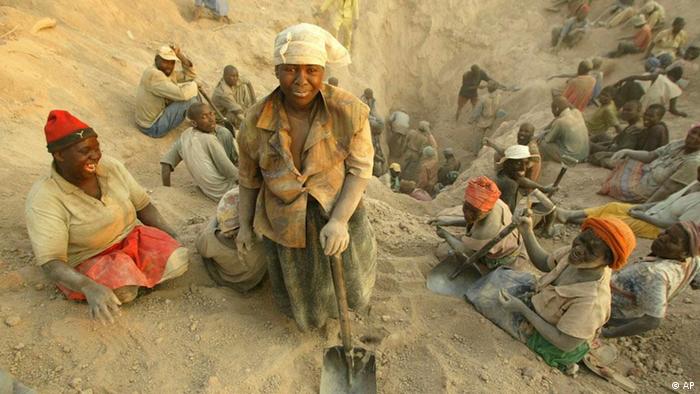 Diamond traders' eyes gleam whenever they hear the word 'Marange.' That's the name of a vast diamond field in eastern Zimbabwe. It is about the size of the German capital Berlin and in its depths huge deposits of diamonds lie waiting to be discovered. Many experts believe it to be the largest diamond field in the world. This year alone, the state-owned Zimbabwe Mining Development Corporation (ZMDC) expects to extract diamonds weighing some 17 million carats.

Now Zimbabwe can again sell its precious stones to buyers in Europe. In September the European Union (EU) lifted sanctions imposed on the ZMDC for its alleged involvement in acts contrary to to democracy in the southern African nation. 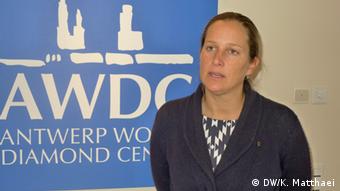 The Belgian city of Antwerp is also hoping to profit from this since it is one of the leading trading centers for gems. "In coming years Zimbabwe will account for some 25 percent of diamond production worldwide," estimates Caroline De Wolf, spokesperson for the Antwerp World Diamond Center, the lobby group for the city's diamond industry.

The embargo on Zimbabwe's national mining corporation was imposed by the EU in the wake of brutal attacks by security forces against members of the opposition after the 2008 presidential election. Five years later, the EU's foreign ministers have now said the embargo can be lifted – even though election observers from the African Union (AU) and the Southern African Development Community (SADC) expressed severe doubts about the credibility of parliamentary elections held in Zimbabwe in July this year. The EU has also spoken of democratic deficits in Zimbabwe but the bloc's foreign policy spokesman Michael Mann says there have also been some small improvements.

The EU wants to encourage Zimbabwe to undertake economic reforms so that the population as a whole also benefits from the trade in diamonds. So far, ordinary Zimbabweans have seen little of the revenue. The country's economy is in a poor state and many people do not have enough to eat. The UN World Food Program estimates that 2.2 million Zimbabweans will rely on international food aid in the coming months. The number has not been so high since a dramatic food shortage three years ago. 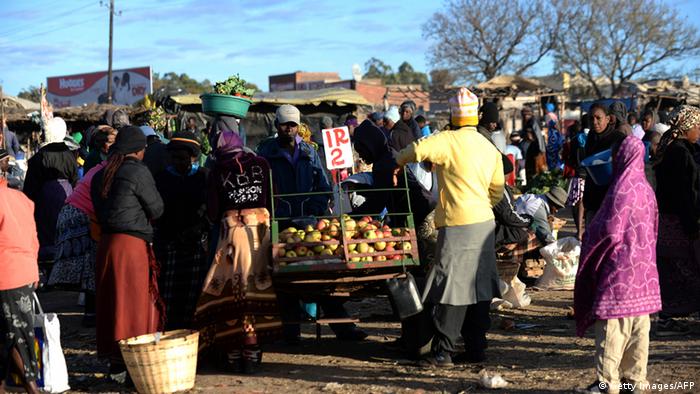 Human rights advocates criticize the lifting of the sanctions against the ZMDC. The London-based NGO "Global Witness" suspects that President Robert Mugabe and his ruling party ZANU-PF plan to continue financing actions hostile to democracy with the profits from the sale of diamonds. "There seem to be strong indications that the July vote may have been rigged," Global Witness's Emily Armistead told DW, citing manipulation of the voters' roll and large numbers of people turned away from polling stations during the election that was won by Mugabe. "There have been some allegations made that at least one ZMDC company helped to fund some of these activities," she added. "Global Witness believes the EU should have thoroughly investigated those claims before coming to a decision about ZMDC."

That's exactly what the EU did, counters spokesman Michael Mann. "There were no direct indications that they (the ZMDC) were involved in any anti-democratic or human rights abuses during the election campaign," he told DW. The EU had no information, he said, that money from the sale of diamonds was being used to suppress the population. "If that were the case, that would be extremely serious," he said.

Nevertheless, the EU sanctions hit the regime where it hurt, says Emily Armistead. The ZMDC forfeited about a quarter of the regular sale price for raw diamonds while it was not able to trade on the exchange in Antwerp. Instead it was forced to go to alternative centers outside the EU such as Dubai or Mumbai where the trading price is considerably lower.

The Kimberley Process and Marange 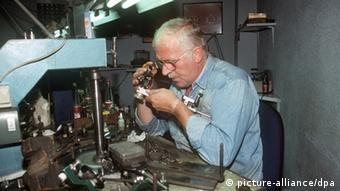 Armistead also criticizes the fact that the EU sought to back up its decision by referring to the Kimberley Process. This is the name given to the international diamond trade's certification system which is meant to make the origin of every raw diamond transparent. The aim is to stem the flow of 'blood' or 'conflict' diamonds by excluding them from the legal trading process. Three years ago the Kimberley Process placed an embargo on diamonds from the Marange fields. Towards the end of 2008 security forces brutally attacked illegal prospectors in order to secure sole control of the mines for the state. More than 200 people were killed. The embargo has since been lifted, although there are indications that Marange diamonds are still linked to human rights abuses, as Global Witness criticizes. "A key problem is that the Kimberley Process only governs the trade in rough stones so once a stone is cut and polished it's very difficult to know where it's come from," Emily Armistead points out.

In addition to lifting the embargo on diamond experts, Brussels has also lifted travel restrictions on over 80 Zimbabweans, including the employees of eight companies. They can again access their bank accounts held in EU member states. However the ban on the sale of weapons or police equipment by European firms to Zimbabwe remains in force, as does the entry ban on President Mugabe and his wife as well as a number of high ranking politicians and members of the armed forces.

Sanctions on Zimbabwe's diamonds to stay

Revenue generated from a booming mining sector could transform Sierra Leone. But exploiting the West African country's natural resources in a fair way is a huge challenge. (18.03.2013)