Revenue generated from a booming mining sector could transform Sierra Leone. But exploiting the West African country's natural resources in a fair way is a huge challenge. 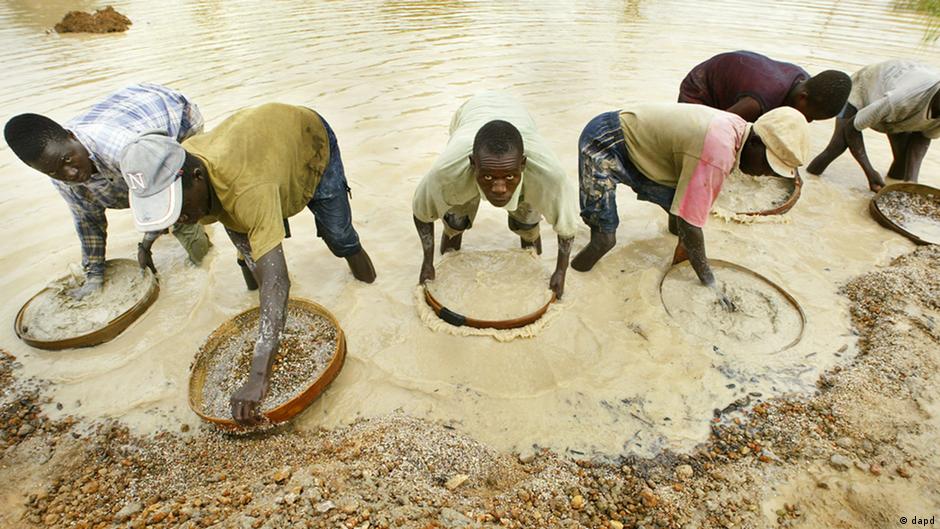 Commercial mining operations have to abide by Sierra Leone's environmental laws - protecting biodiversity, preventing pollution and making sure people are relocated properly. However, in the small-sector mining industry, the environmental damage is the last thing on people's minds as they dig in the dirt, sometimes six or seven days a week, to try to lift themselves out of poverty. 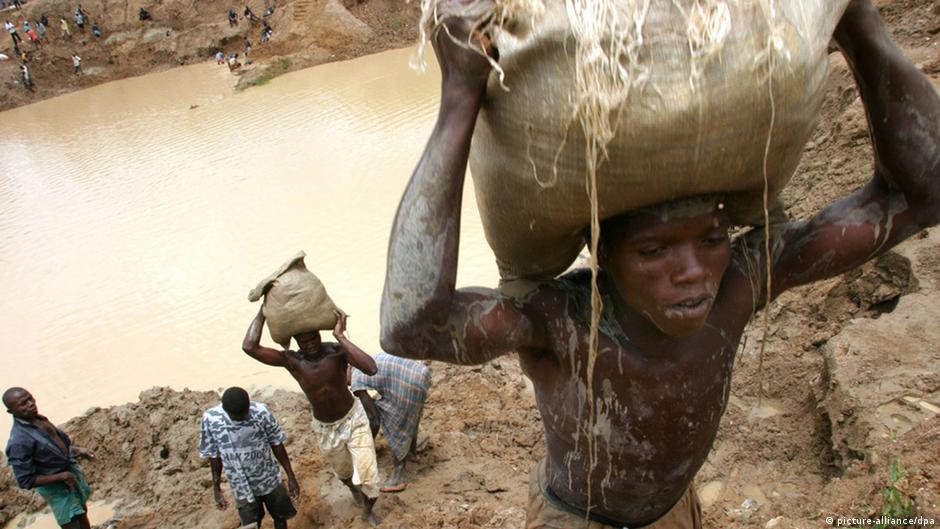 Children usually get involved in diamond mining at an early age, interfering with schooling that would promise a better future. Good students may abandon their education to follow the examples of their friends who have become wealthy through mining. The quest for quick money among children has resulted in higher school dropout rates. 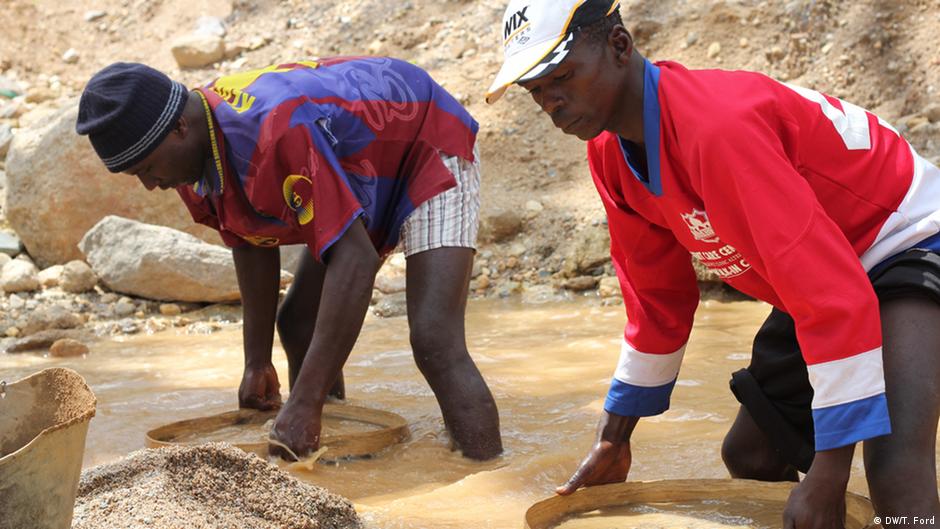 The formal diamond industry is seeking to formalize and develop a more ecologically sensitive approach to informal diamond digging through the Diamond Development Initiative - but there is still a long way to go. 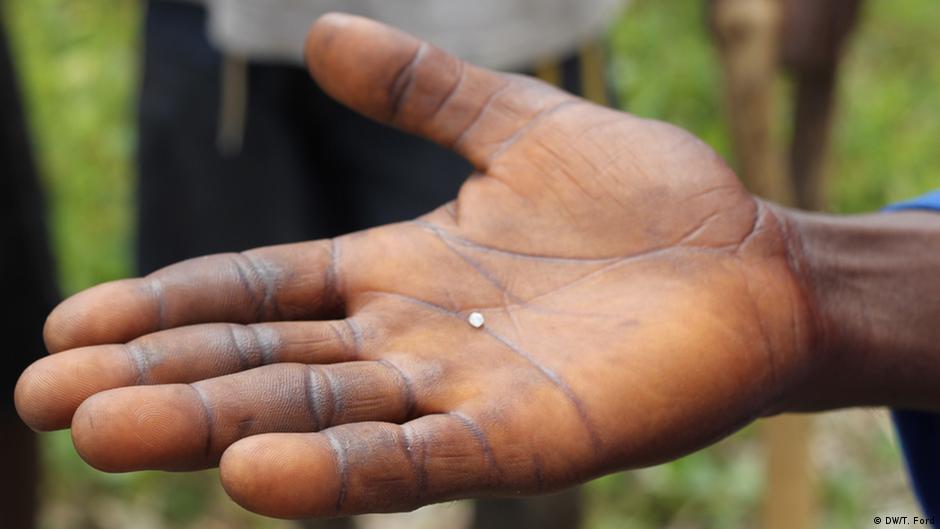 A miner shows a diamond that he has obtained from sifting in the water, near Koidu, in the east of the country. He'll likely receive under 20 euros ($26) for this piece. Most small-scale miners are provided with a meal a day and a small wage every morning. If they find a diamond, they have to sell it to their boss and then they get half of the value. 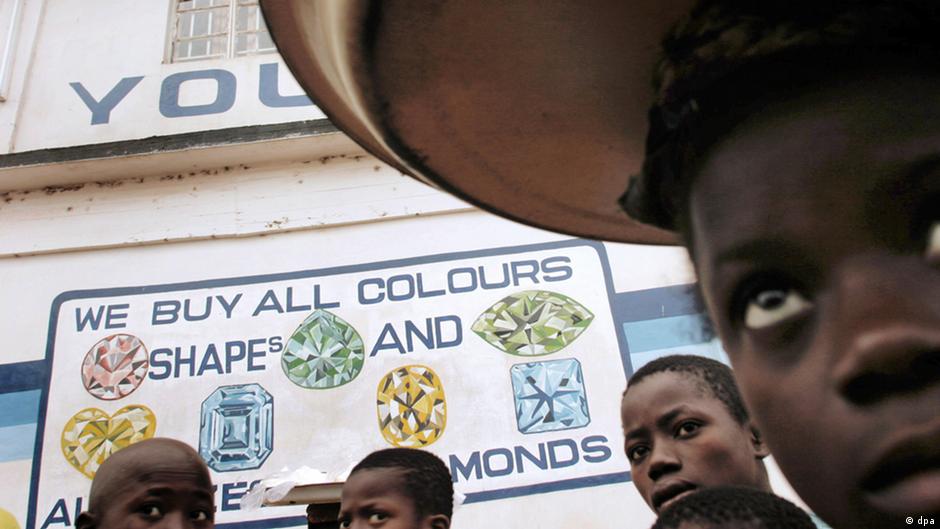 Child miners near a diamond shop sign in Kenema, in south-eastern Sierra Leone. Thousands of children, aged between seven and 16, work in the minefields of the eastern diamond-rich district of the country. The children come from various backgrounds, from ex-combatants to street children and abandoned children. 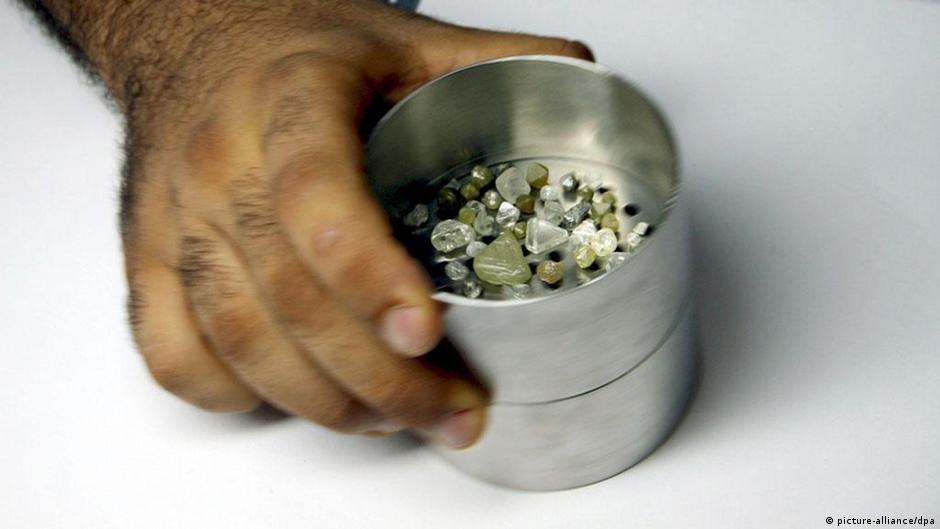 A Lebanese diamond dealer sorts a collection of rough diamonds by size in his shop in Koidu. Some of these precious stones will fetch up to 1,500 euros in jewelry shops in Europe. They were bought from miners at around one-100th of the price for which they will be sold.

Advocacy group Global Witness says it is leaving the Kimberley Process, citing the scheme's failure to break the link between diamond sales and violence. (05.12.2011)