Zimbabwean agencies work overtime as diamond mining companies rush to comply with indigenization legislation. The April 1 deadline compelled many firms to submit their proposals on how to engage with the law. 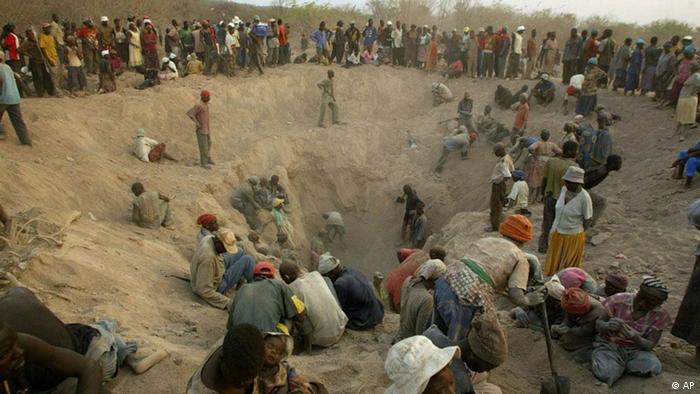 Diamond mining companies rushed to meet the April 1 2016 deadline to comply with the equity laws that compel them to enter into partnership with indigenous Zimbabweans. Youth, Indigenization and Economic Empowerment minister Patrick Zhuwao said there has never been such massive compliance before. He blamed the media for miss-representing the legislation. The Indigenization and Empowerment Act was enacted in 2008 and operationalized on March 1, 2010. It requires foreign-owned companies valued at more than US$500 000 to be part of one consolidated company whereby at least 51 percent of the shares are owned by indigenous Zimbabweans.

Last year, government announced March 31 2016 as the final day for all foreign firms to submit their indigenization proposals. Non-complying companies were threatened with closure. President Mugabe also threatened in the past to nationalize foreign companies that refuse to comply. His government says the move is aimed at empowering the majority black population who were disadvantaged by colonial rule. But critics say, the decision will scare away investments and may have serious consequences on the country's struggling economy.

Earlier on cabinet resolved to have all line ministries proceed to issue orders to licensing authorities to cancel licenses of non-compliant business. But minister Zhuwao clarified that the Thursday (March 31 ) deadline was not for full compliance but rather for submission of proposals.

DW: What has been done so far, how many companies were supposed to hand over and how many have complied?

Patrick Zhuwao: First of all let me just correct one major miss-conception. There is abuse of the word cede by the media. There is no requirement to cede, because it is a totally different concept compared to entering into partnership and relationship. The law requires that at least 51 percent of the shares-holding of foreign companies or non-indigenous companies is owned by indigenous Zimbabweans and to a large extent this has to be a commercial transaction. 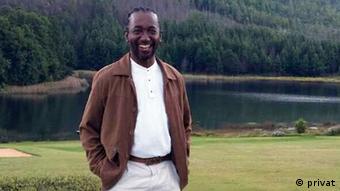 The law requires that 51 percent of the shares be owned by indigenous Zimbabweans. Who are these people and how do you go about choosing them?

It is up an individual company to select the indigenous Zimbabweans that it wants to enter into partnership with. For companies that are new to the territory of Zimbabwe and companies that are brining in new investment to Zimbabwe, the regulation provides for a period of up to five years within which they will be able to indentify people that they can work with and be able to engage those people in a manner that they are able to share-holding of at least 51 percent.

You just said that there has been massive collaboration. But even then have there been some companies that have not yet complied and if so what are the repercussions?

In terms of section 5 of the legislation, the relevant minister is required to notify those companies that they are non compliant and request them to show just course for why they are not complying. Should the companies then not be able to give just course, the line minister would then direct them to comply. If they still continue to be non compliant then the line minister will notify all other interested parties of his or her intention to cancel their operating license and then proceed to direct the licensing authorities to revoke the operating license of those particular businesses.

Considering that today (April 1 2016) is the deadline, are you going to take action immediately?

Why is there some kind of resistance from some companies? I mean this is not the first time your government issues deadlines. It goes way back to 2014 but some companies have consistently resisted. Why?

There is resistance primarily because there has been a very sustained campaign of misinformation which has gotten some of the companies to misinterpret the law but the reason why I believe now we have much more serious engagement with the law is that companies are actually reading the legislation in a manner they can comply.

Critics have also been saying that the law scares away some desperately needed foreign investments and this will worsen the already struggling economy. What's your take on this?

No, no that is nonsensical. Those people that say that are Voodoo economists that have no understanding of the fact that this piece of legislation is existing in several other territories. They really don't know what they are talking about.

The International Monetary Fund has urged your government to review the indigenization policy to give potential investors confidence. Is this something your government is considering?

That is not correct, I met with the head of delegation of International Monetary Fund and the head of International Monetary Fund. Because he knows this is not a unique piece of legislation, he personally told me that the IMF does not prescribe policy position. We have our own policy as Zimbabwe and what the IMF assists us to do is to be able to make sure we consistently apply our laws in our policy and what we are doing is consistent application of the law.

Patrick Zhuwao is the minister of Youth, Indigenization and Economic Empowerment in Zimbabwe.

Robert Mugabe has been president of Zimbabwe since 1987 and has ruled with an iron fist. He wants to remove the last vestages of colonial rule. This process is called "indiginization." (31.03.2016)

Zimbabwe cracks down on foreign firms over local ownership

Zimbabwe has given foreign firms just over a week to cede majority stakes to locals or face closure. Critics say the move will discourage foreign investment in an economy which is struggling. (23.03.2016)