The economist-turned-linguist developed Pinyin, a writing system allowing Chinese characters to be spelled out with Roman letters. Later in life, Zhou became an outspoken critic of the Chinese Communist Party. 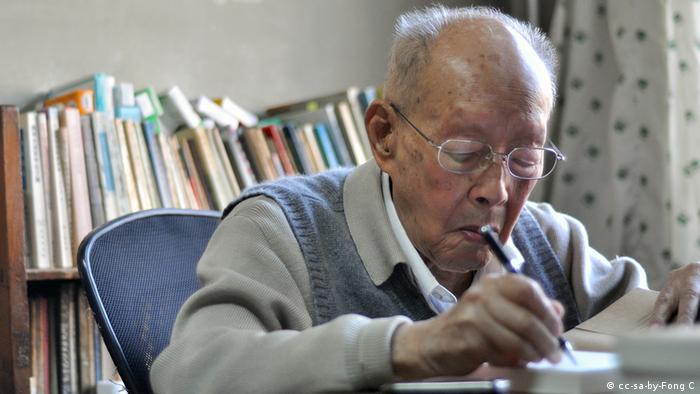 Zhou Youguang, the creator of Pinyin - a Romanization system that enables Chinese characters to be converted into Roman letters - died Friday morning in his home in Beijing, one day after celebrating his 111th birthday. His life and work spanned an era of rapid and extensive change in China. At the time of Pinyin's development in the 1950's, Zhou could not have foreseen its application to the digital devices of 21st century such as tablets and smartphones.

Born in 1906 under the Qing dynasty, the last imperial dynasty in China, Zhou received a Western-style education from St. John's University in Shanghai. His initial career as a banker took him to Wall Street in 1946. However, after the Communist Revolution in 1949, he returned to China and was tapped shortly thereafter by the Party to develop a new system for transcribing Chinese characters.

The Communist Party adopted Zhou's newly-created Pinyin in 1958. Despite the fact that Zhou's linguistic activities up to this point had been strictly amateur, the simplicity and consistency of Pinyin rapidly made the system the worldwide standard. 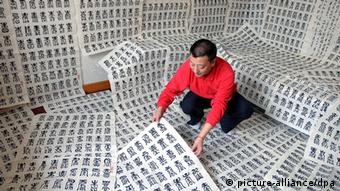 Other transliteration systems had existed prior to Pinyin, with some reaching as far back as the 16th century. The primary challenge for all such systems was how best to render phonetically Chinese characters, each of which corresponds to a word rather than to a specific phonetic sound.

Zhou originally thought about using the Cyrillic alphabet due to Russia and China's political ties, but he eventually chose the Roman alphabet because of its widespread usage. The introduction of Pinyin significantly lowered China's illiteracy rate as well as facilitated linguistic, cultural and economic access and exchange between China and the rest of the world.

Despite Pinyin's official propagation by Communist Party, Zhou faced political persecution. In his later life, he became an outspoken critic of the government. According to "The New York Times," the government called Zhou a "reactionary academic authority" in 1969 and sent him to a labor camp in Northern China, where he spent over two years.

After his release, Zhou worked on the official translation of the Encyclopedia Britannica into Chinese. He continued to write on language and history well past the age of 100, though many of his books were banned. 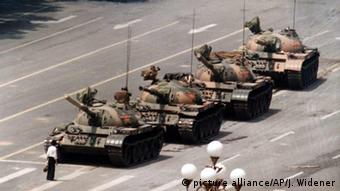 In his old age, Zhou increasingly spoke out against the Communist Party, calling for political reform and recognition of injustice. The AP news agency reported that in a 2011 interview with American National Public Radio, Zhou expressed his desire to see the Chinese government acknowledge its wrongdoing in the Tianamen Square democracy protests of 1989.

"Ordinary people no longer believe in the Communist Party anymore," Zhou stated in the interview. "The vast majority of Chinese intellectuals advocate democracy."

Jet Li, or Li Lianjie? It's not uncommon for people from the Chinese-speaking world to have two different names - a Chinese and a Western one. While this serves a practical purpose, it also has social implications. (08.01.2016)

More and more German pupils are learning Chinese, hoping to improve their chances on the highly-competitive job market by learning the language of this emerging superpower. A hundred German schools now offer Chinese. Ana Lehmann visited one of them: (02.11.2007)