Zara on Expansion Course in Germany | Business | Economy and finance news from a German perspective | DW | 29.03.2005

Zara on Expansion Course in Germany

Spanish fashion chain Zara is already a fixture on German high streets, but parent company Inditex wants more, announcing plans to give Swedish competitor H&M a run for its money in the fast fashion stakes. 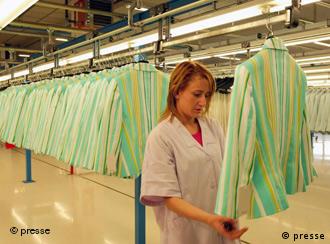 No matter what day of the week -- or what hour of the day, for that matter, Zara stores in Germany are bustling with people of all ages, pawing through racks of low-priced runway knock-offs.

Saturdays are, of course, the busiest, reserved only for fashion masochists willing to rummage through untidy piles of sweaters or wait in seemingly interminable lines to get a changing room.

But therein lies the brand's appeal. Zara's frequent turnover of haute couture-inspired, affordable clothing means there's always a reason for fans to stop in, browse, and most importantly, buy. There are even those who confess to needing their weekly Zara "fix."

It's all music to the ears of Inditex CEO Armancio Ortega, who wants to grow the Zara brand in Europe, and particularly in England, Italy and Germany, according to a report in the German weekly Welt am Sonntag.

Fashion for the masses 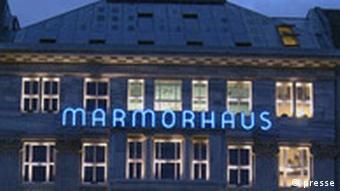 "We democratized fashion," Ortega is fond of saying, and he sees plenty of potential for taking that philosophy further in Germany. Whereas Zara competitor Hennes & Mauritz (H&M), a Swedish retail chain, has 270 stores in Germany, Zara has just 37, mainly in large cities such as Berlin, Hamburg and Munich.

Soon though, smaller German cities will be included in the Zara phenomenon. Store openings are already planned this year for Kiel, Darmstadt and Karlsruhe.

Drawing board to floor in three weeks 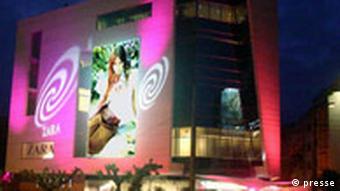 "That's the only way we can react to the trends so quickly," Castellano said.

Spotting the trends is the job of the company's team of 200 designers.

"We don't carry any big names, and despite this, we have excellent people on staff," Castellano said, referring to competitor H&M's decision to have German designer Karl Lagerfeld create a special, limited-edition line.

In order to combat consumer malaise in Germany, brands and clothing stores are unleashing “guerilla stores” offering limited clothes for a limited time aimed at building their own image and sales. (Oct. 14, 2004)

Castro, Israel's oldest and largest apparel manufacturer and retailer, has set out to stake a claim in Europe. To start with, the company's ambitious goal is to win turf in the hard-fought German market. (Jan. 31, 2005)