In order to combat consumer malaise in Germany, brands and clothing stores are unleashing “guerilla stores” offering limited clothes for a limited time aimed at building their own image and sales. 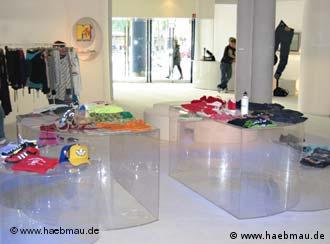 "Limited and exclusive" is the mantra of the pop-up stores

A week ago, the large space at the corner of Cologne’s Rudolfplatz was just another empty storefront and another silent reminder of Germany’s economic malaise.

But passers-by early this week had to do a double take. In the former Italian fashion store, MTV, Adidas, Sony Ericcson and Levi’s had set up a gleaming white display space featuring limited edition phones, jeans and other hip gear.

The pop-up store, the third version in as many weeks and cities, is a joint venture by the four companies designed to reach so-called trend setters in Germany as well as piquing the interest of average shoppers reluctant to loosen their purse-strings at the moment.

The one-week shop is the latest incarnation of the “guerilla store” strategy increasingly employed by retailers as a way to create a buzz around their products and image.

“It’s a clever business idea and it maybe offers the consumer another reason to buy,” Olaf Roek of the German Retailer’s Association told DW-WORLD. “Nowadays, where retail is stagnating, you definitely need to think about what kind of new methods of promotion you can offer consumers.” 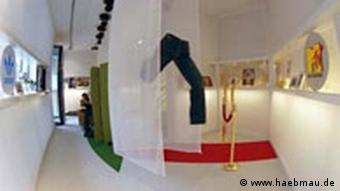 In the months before they opened their first pop-up store in Berlin at the beginning of October, Heberlein & Mauerer, the creative agency behind the event, scouted potential locations. The conditions: The store had to be away from the commercial strips in a neighborhood considered cool and underground. The landlord also had to be willing to rent out the space for no longer than a week.

“That’s one of the hardest things,” Uwe Freytag, one of Heberlein & Mauerer’s managing directors, told DW-WORLD.

Two weeks before a store is to open, Freytag and his team bombard the city with stickers and flyers to generate buzz. Five days before the store opens, the address and opening hours are listed on the pop-up store Web site. On the opening days in Berlin and Hamburg, the two cities that preceded Cologne, dozens walked into the nondescript storefronts.

"The consumer in Germany is extremely bored," said Martin Schmieder, spokesman for the creative agency behind the MTV pop-up store. "If you walk along the shopping boulevards you see the same thing everywhere. People want to go somewhere to be entertained, to be treated to something special."

Brands to the limit

Inside, Levi’s and Adidas have set up little shrines to their brand. If they want to, shoppers can buy a pair of €500 ($613) Levi’s jeans dipped in gold leaf finish, only 100 pairs of which are available. Adidas offers limited edition shoes in a soccer-themed corner complete with a flat screen showing replays of World Cups gone by.

The motto of the brands is "limited and exclusive" -- items bought in the pop-up store are not sold in normal stores. German designers featured on MTV’s fashion showcase "Designorama" offer original pieces sold only in the store. And one of the most popular products this time around has been a Sony Ericsson phone that won’t be available in Germany for another three months.

“That’s why I’m here,” said Patrick Peiki, 36, a stylishly-dressed local who organizes club events in Cologne. “I like getting the tech stuff ahead of everyone else.”

A place for trend-setters to browse 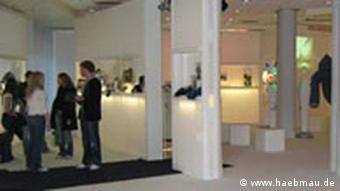 A pop-up store in Germany

Shoppers milling around the store seemed to perfectly fit the profile of the type of people the brands are after. Schmieder spoke of reaching hip kids and “opinion leaders” -- adspeak for people that spend money in order to set themselves apart from the masses. Though many browsed and tried on, they didn’t ultimately buy.

“I think the store is good in some ways,” said Frank Schumann, 32, an electrician. “And there are things here I’d like to buy. But it’s also a bit expensive.”

Those types of comments don’t bother the people behind the concept. In the end, the pop-up store, which will end its tour in Munich at the end of October, is about building image, not making money.

“It’s more important that it’s a communication platform for the brand,” Freytag said. “We don’t ask the question: Do the numbers ad up?”

From "trend shopper" to "styler", consumer sociologists are mapping the various types of German consumers, a boon to the country's struggling retail industry. (April 8, 2004)

Handcrafted luxury gowns are no longer en vogue: Only eight Paris fashion houses are participating in the current haute couture shows as demand for the unique creations has dropped over the past few years. (July 8, 2004)

While the rest of Germany is busy blaming the economy and the government for all sorts of social woes, the designer Jil Sander believes the current recession has made a more serious impact -- on men's fashion sense. (Aug. 25, 2004)

Can a saree fit into a Carnival celebration? Does donning a dirndl irk Bavarians? DW's Brenda Haas, from Malaysia, looks at the fine lines between cultural appropriation and appreciation.