Is it an animal story or a poetic journey? Perhaps even satire? Yoko Tawada's novel about polar bear Knut at the Berlin Zoo and three generations of his ancestors is suspended between reality and a magical dreamworld. 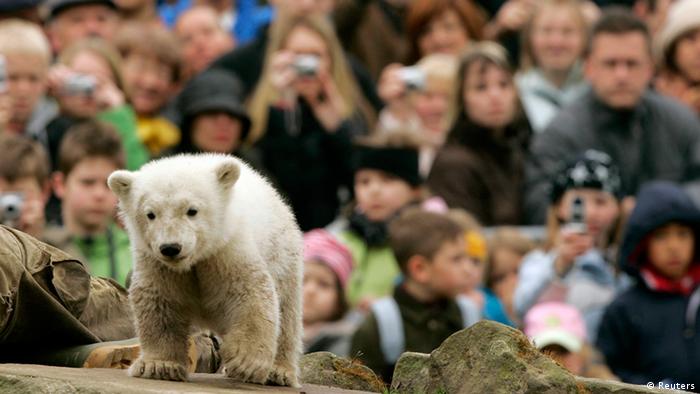 Polar bear cub Knut at the Berlin Zoo in 2007

They were considered to be Germany's favorite couple in 2007. Everyone came to Berlin to take a look at the cute little polar bear cub Knut and his caregiver Thomas Dörflein at the Berlin Zoo. The entire nation was moved by images of the little polar bear, who had been rejected by his mother in December 2006. The way that Knut learned to walk and to swim with the help of Dörflein, his "surrogate mommy," was hardly any different than watching an infant grow. The public was able to follow the baby bear's development with daily shows held at the zoo.

The story was much more than just a tabloid hype. For months, there was nothing but pictures of Dörflein playing with the polar bear cub, nursing him with the bottle, bathing him and helping him mature. With Dörflein's sudden death in September 2009, the whole country saw how Knut went into mourning over his favorite human — a story that was featured in serious news outlets as well.

'Memoirs of a Polar Bear' by Yoko Tawada

A few years later, in Spring 2011, polar bear Knut himself contracted a mysterious illness and died. By this point, Knut had become a global celebrity, who even made it to the front page of the Vanity Fair glossy.

Author Yoko Tawada was there in Berlin to witness the evolution of Knut herself. The fascinating story of the polar bear inspired her to write Memoirs of a Polar Bear. The novel, however, doesn't stop at telling Knut's story, but also looks at his ancestors, recounting the life his grandmother and the circus adventures of his mother, Tosca.

Interestingly, in the first chapter of the book, no actual animal model can be identified. Instead, there are more parallels to human life, with Knut's grandmother being depicted as an intellectual among polar bears who is coerced into walking on her hind legs for entertainment purposes. Later on, she celebrates success as a writer, publishing her autobiography. 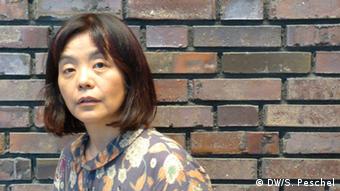 Socialism viewed through a bear's eyes

"Writing isn't particularly different from hibernation. Perhaps I made a drowsy impression, but in the bear's den of my brain, I was giving birth to my own childhood and secretly attending to its upbringing."

The bear lady speaks about her childhood growing up in Soviet Russia, recounting how she attended all kinds of conventions on socialist issues such as "The Significance of Bicycles in the National Economy" while sharing the wisdom she learned throughout her lifetime:

"In life, we don't have a choice, because everything we are capable of is still not very much compared with life itself, not nearly as much as we imagine."

Her autobiography is published as a series in Moscow but makes waves all the way to West Germany, where magazines notice the talent of the bear author. For $10,000, she is allowed to travel to West Berlin, where she becomes an author-in-exile. From there, she moves on to Canada, where her twin children are born. But only one of them, a girl named Tosca, survives. Meanwhile, her husband pushes for the young family to return to a communist country, having East Germany in mind.

'The North Pole of our dreams'

In the second part of the book, the narrator changes from a polar bear to a human. Tosca's tamer recounts somewhat woefully the days when Tosca used to be the absolute highlight at the "National Circus" of the German Democratic Republic (GDR).

The narrator jumps forward in time and remembers that: "It pained me that after 1989 Tosca was so harshly criticized for having rejected her son Knut. Some said that Tosca had relinquished her son to strangers because she was from the GDR."

This is where the narration bends towards the true story: Tosca, the real-life mother of polar bear Knut, was actually captured in Canada and sold off to the GDR, where she was part of the National Circus for decades.

But as soon as the novel starts to verge on reality, it pulls back into the territory of magical realism. When it comes to recounting Germany's reunification and the death of Tosca's tamer, who spent five decades of her life with the National Circus, Tosca the polar bear, who in turn apparently is the reincarnation of a prior Tosca, becomes the narrator, looking back at her days at the circus with her tamer with poetic words: "I wanted to go on conversing with her at the North Pole of our dreams."

The cause of Knut's death was only discovered in 2016 — a rare disease, which was unknown to affect bears

The third part of the novel reflects the actual story of Knut as it happened quite truthfully, told through the perspective of the precocious bear cub. The reader gets to witness his thoughts, his inner monologues and all the fun and games in his life.

Tawada makes jibes at contemporary events from Knut's lifetime, turning the little bear into the poster child of a campaign against climate change or sending him to a party where he meets "Michael," who asks the cub, "Have you ever walked around on the moon?" This is a direct reference to Michael Jackson, whose public appearances in Berlin, be it his moonwalk at the Reichstag while the Berlin Wall was still standing or later performances, always had the whole city in hysterics — much like baby bear Knut at the zoo.

Yoko Tawada actually narrates a highly human story through the eyes of polar bears, which she manages to skillfully interweave with elements associated with the life of a bear in captivity, such as being fed sugar cubes as treats for managing to balance on a tricycle. It is fun to read and filled with satirical references to literary circles, ranging from writers trying to be philosophers to publishers trying to sway public opinion with the works they present.

Tawada is no stranger to using animals as her protagonists. She allows them to tell their stories the way that animals usually only do in fairy tales. She joins a long list of other authors who before her have done the same, and she takes the liberty to reference them in her works, including E.T.A. Hoffmann and his Kater Murr, Franz Kafka's humanoid apes in A Report to an Academy, but also more entertaining characters such as Herr Fuchs and Frau Elster (Mister Fox and Misses Magpie) from children's programs shown on communist German television. 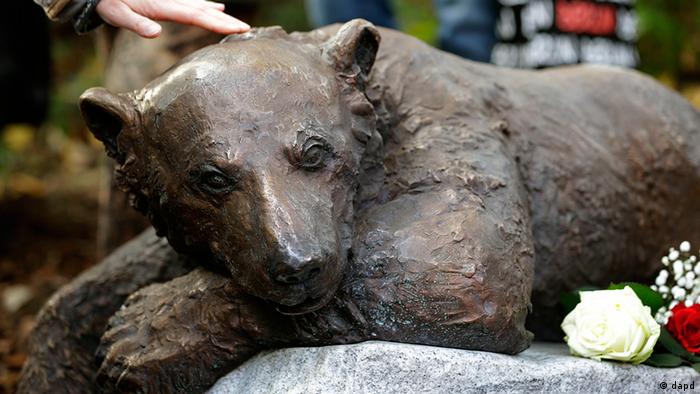 Yoko Tawada is a skillful wordsmith, who masterfully picks words apart or invents new ones in an absurd manner that almost resembles Dadaism, filling these new sounds with meaning. Her poems and spoken-word performances are proof of her unique talent as a writer. Memoirs of a Polar Bear succeeds at replicating the same kind of poetic tone despite being written in prose and being linked so closely to real events. She manages to singlehandedly create her own dreamy world in this novel, in which readers feel right at home from the start.

Yoko Tawada, who was born in Tokyo in 1960, moved to Germany in 1982 and has been calling Berlin her home since 2006. Tawada writes in German and Japanese, focusing on poetry, novels, short stories and literary essays. She has been the recipient of several scholarships and other awards in the past and is a member of the German Academy for Language and Literature.

Scientists have discovered what caused Berlin's beloved polar bear Knut to drown in his enclosure. The cub was the star of the zoo during his brief life from 2006 to 2011. (27.08.2015)