As the Yemeni civilian death toll reaches 1,600, loyalists of exiled President Abed Rabbo Mansour Hadi have retaken Aden airport. The World Health Organization (WHO) has delivered 46.4 tons of aid to the port city. 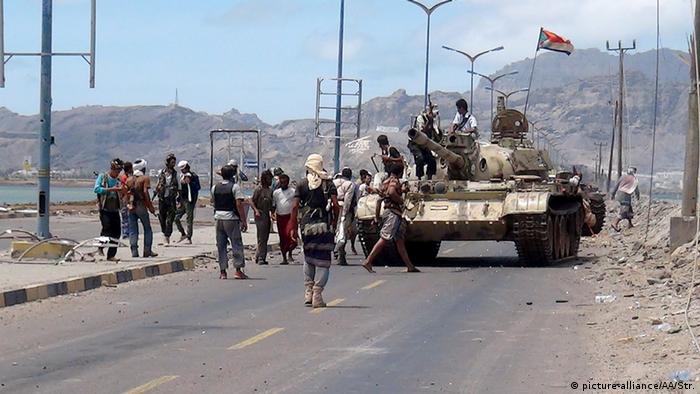 The conflict in Aden escalated on Tuesday as Hadi loyalists successfully fought to recapture the city's airport. Saudi rebels were forced back from their positions in the port city as Saudi-led warships led an offensive from Yemen's southwest coast.

In addition to receiving sophisticated weapons from the Saudi coalition, Hadi loyalists are also being supported by Yemeni forces who recently trained in Saudi Arabia, according to military sources.

Aden airport had been under the control of the Houthi Shiite rebels since March 25. They and their allies have since seized the presidential palace as well as Aden's main commercial airport.

The fighting on Tuesday came just hours after United Nations (UN) Secretary-General Ban Ki-moon said he was "very disappointed" that a humanitarian pause in the Yemen conflict had failed to hold over the weekend, hindering the delivery of aid to around 21 million people, or 80 percent of the Yemeni population.

According to WHO, however, a UN convoy was finally able to deliver 46.4 tons of health supplies to Aden on Tuesday, and enough food to feed 117,000 people for a month. Also among the supplies were medicines for treating malaria and diarrheal diseases, trauma kits, and water and sanitation supplies for more than 84,000 people.

More than 1,670 civilians have been killed in the violence since March 26 - 142 of whom died in the last ten days alone. UN figures have also reported 3,829 civilian injuries.

The nuclear agreement reached between Iran and its negotiating partners is being touted as "historic." But a lot of work still needs to be done to prevent the deal from soon becoming history, says DW's Jamsheed Faroughi. (14.07.2015)