Robert Azevedo has said he will resign as the head of the World Trade Organization. The body has come under immense pressure to justify its relevance after the US effectively paralyzed its ability to settle disputes. 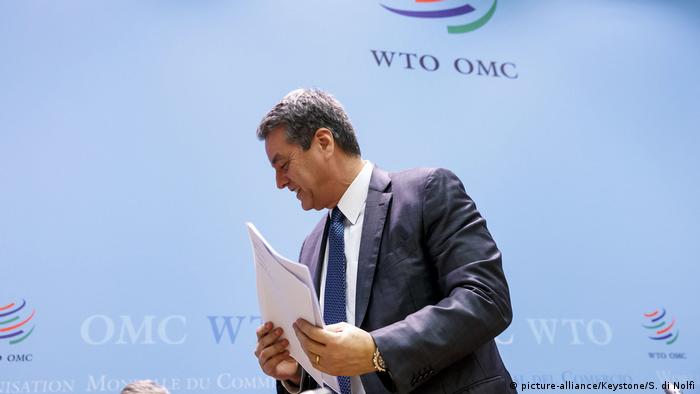 World Trade Organization (WTO) Director-General Roberto Azevedo said on Thursday that he will step down from his position effective August 31 after seven years at the helm of the global trade body.

Azevedo, a 62-year-old Brazilian career diplomat, stepped down more than a year before his second term as WTO head was due to end.

His departure comes at a difficult time for the WTO, which is charged with setting international rules for trade between member states.

Read more: WTO judge blockage could prove 'the beginning of the end'

In December, the US effectively paralyzed the WTO's ability to settle disputes by blocking the appointment of judges to its appellate body.

US President Donald Trump has regularly criticized the world trade body, calling it "broken" and "unfair."

Despite attempts to foster agreements on e-commerce and subsidies for fishing, the 164-member has failed to establish a major trade accord since the 2015 negotiations dubbed the "Doha Round" were abandoned.

With protectionism gaining steam globally, the WTO's influence is diminishing as trade negotiations start to take shape in nations' capitals instead of Geneva, where the body is based. As such, experts believe the next leader will need to spearhead effective reforms to become relevant again.

"The next leader of the WTO must command respect in the corridors of power of the major players," said Simon Evenett, professor of international trade and economic development at the University of St. Gall in Switzerland.

"This is not the time to promote another ambassador. Someone with very senior government experience or global status is needed."