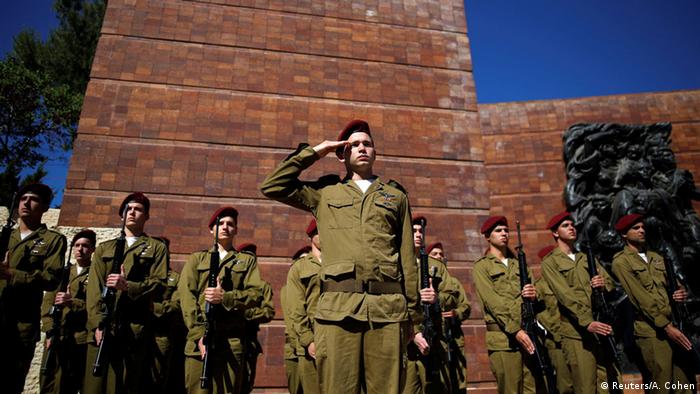 In a brief ceremony marking the start of the day in Israel, six survivors lit candles in memory of the six million Jews killed by the Nazis.

The country came to a two-minute standstill at 10 a.m. local time (0700 UTC/GMT), with traffic stopping in the middle of roads in cities and on highways. There were also ceremonies at schools, colleges and universities throughout the country.

"Lies about the Jews and willfully false propaganda about Israel are being spread on social media - means Hitler and Goebbels wouldn't have dreamed of," he said. "Anti-Semitism didn't disappear with the death of Hitler in his bunker... propaganda in the Western world against Israel is no less poisonous than that of extremist Islam and the Arab world," he said. 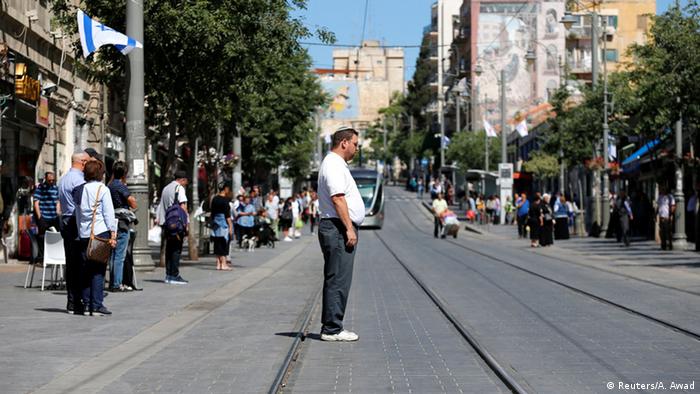 People stopped what they were doing, including driving, for two minutes' silence

Hostility against Israel - not just in the Arab world, but also "among British MPs, senior officials in Sweden and public opinion-shapers in France" - had long ago "departed from legitimate criticism," he said.

Israel's rise from the ashes

Although the UN has designated January 27 as International Holocaust Remembrance Day, Israel traditionally marks it on the 27th day of the Jewish month of Nissan, one week before Independence Day, to symbolize the rise of the state of Israel from the ashes of the Holocaust.

About six million Jews died at the hands of Nazi Germany and its allies during World War II.

Meanwhile, a research center said on Wednesday that there had been a 46-percent decrease in anti-Semitic violence around the world in 2015 compared to 2014.

Tel Aviv University's Kantor Center said it recorded 410 violent incidents in 2015, compared to 766 in 2014, the lowest number in the recent decade. But the center also noted a dramatic increase in non-violent acts, mainly anti-Semitic expressions on social media, which "turned more threatening and insulting."

The Israeli army's deputy chief of staff has drawn a rebuke from hawkish Israeli ministers for comparing pre-Holocaust Germany to trends in Israel today. 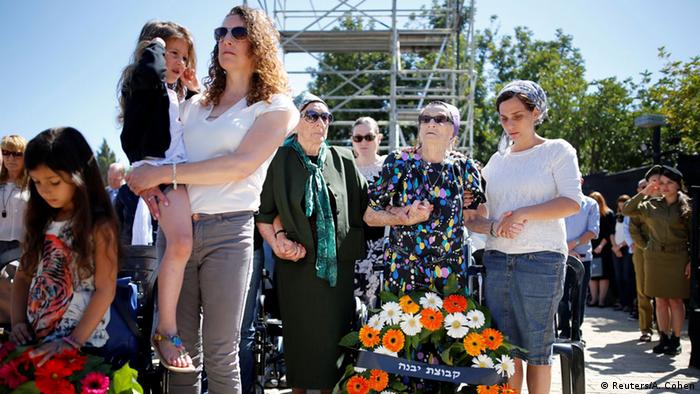 Maj. Gen. Yair Golan, speaking at a Holocaust Remembrance Day ceremony at a kibbutz in central Israel, said, "If there is something that frightens me in Holocaust remembrance, it is ghastly trends that took place in Europe in general, and in Germany specifically, 70, 80 and 90 years ago, and finding a sign of them here among us, today in 2016."

The Israeli military said on Thursday that Golan did not intend to compare Israel and its army to "the horrors" of Germany 70 years ago.

The remains of about 20 people, most of them Ashkenazi Jews, have been buried in Budapest's Jewish cemetery. A Hungarian pro-Nazi group executed thousands on the banks of the Danube River near the end of World War II. (15.04.2016)

The 93-year-old former guard was set to go on trial for having worked as a guard at the notorious Nazi death camp. Police said they have no reason to suspect foul play. (07.04.2016)