Would-Be Thief Gets Martial Arts Surprise | News and current affairs from Germany and around the world | DW | 19.02.2009

Being a cat burglar isn't all it's cracked up to be. Sure there's the adrenaline rush of getting away with a bag full of cash and jewelry, but as one German thief found out, it isn't always an easy task. 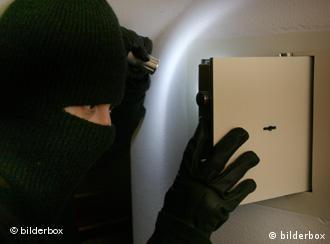 Thieves usually have to be worried about being knabbed by the police, not homeowners

A general warning to any would-be robbers out there: make sure your intended victim isn't actually a martial arts expert.

Police in the northern German city of Bremen say a 25-year-old thief snuck into house in the port city, made his way upstairs to a bedroom, and began to go through drawers and cupboards looking for anything of value. 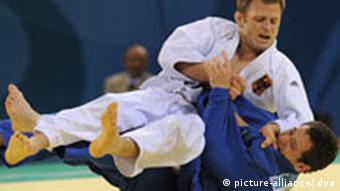 I'll take that watch back, thank you very much

There was plenty to take, it seems, in the form of jewelry, but the robbery was cut short when the intended victim -- who just happened to have a black belt in judo -- used his martial arts expertise to overpower the intruder and hold him until police arrived.

Police say the thief, whose name has not been released, was carrying a knife and could be the man they've been looking for in connection to other robberies in the area. He is being held by the district attorney's office in the nearby town of Lueneburg.