Protesters plan to shut down operations at a German brown coal mine this weekend. Their actions are part of a global network of protests against the ecological, social and economic impacts of the fossil fuel industry. 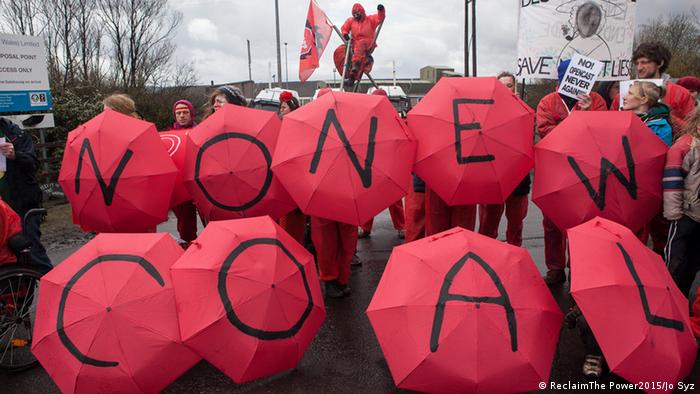 "Resistance is multifaceted," says Hannah Eichberger, of EndeGelände!, a German group campaigning against the fossil fuel industry. Civil disobedience is among the tools in its strategic toolbox.

"We don't want any violence against people or damage to property," Eichberger explains. But as the group prepares to take action at the Lusatia opencast lignite (or brown coal) mine in east Germany this weekend, there is likely to be friction between protestors and police - if previous experience is anything to go by.

On August 15, 2015, several hundred activists occupied Garzweiler, a lignite mine in the German Rhineland. Dressed in white overalls, some occupied a giant extractor. Police were unable to stop them, despite use of pepper spray against the protestors. Energy provider RWE was forced to shut down production. Dramatic images of the protest went around the world.

The music of change

A week later, activists disguised as musicians met for a classical concert at Hambach mine. Under the slogan "Andante to the edge," they peacefully advanced on the mine with a police escort. In the afternoon, the police left, believing the protest to be over. It was then that protestors entered the pit itself to hold a concert. RWE had to halt extraction for five hours. 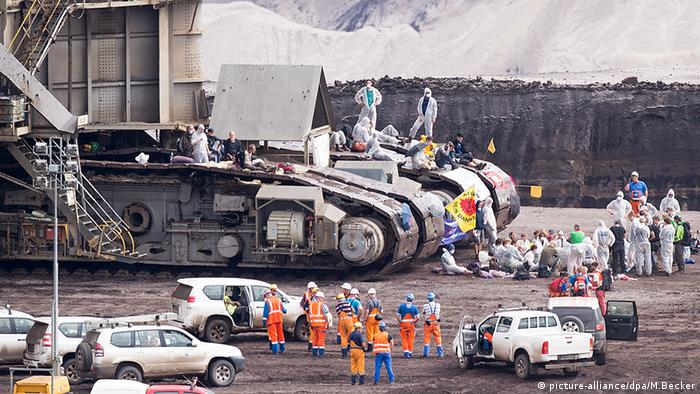 In summer 2015, activists occupied the Garzweiler coal mine in western Germany

What these creative climate change activist have planned for this weekend's protest camp, the police and energy firm Vattenfall can only speculate.

Whatever it entails, the action will echo others around the world, as the culmination of two weeks of global protest against fossil fuels, under the banner of breakfree2016.org.

"We want to send a worldwide signal to draw international attention," says Eichberger of EndeGelände!, which argues that the coal, oil and gas industries not only emit climate-changing carbon dioxide into the atmosphere, but also hinder the development of renewable alternatives.

Widespread protest in the Philippines

The Philippines is a case in point. There, government and investors rely on coal and gas to power economic development. 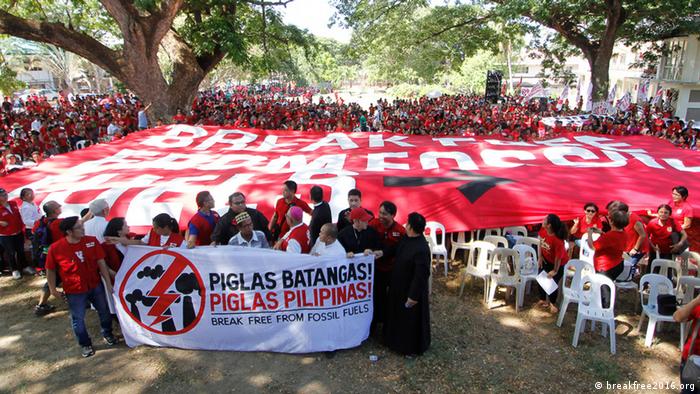 The archipelago has its own reserves, and also draws on the international market. As industrialized countries change policies to limit their use of coal, the fuel has become more affordable in the Philippines. On May 4, 2016, 10,000 protestors came out in the province of Batangas against this trend, and against the building of 27 new coal-fired power stations.

They fear emissions from the plants could contaminate water supplies and fishing grounds. Residents close to power stations complain of respiratory diseases as a result of fine particulate matter and sulfur dioxide emissions.

And since the typhoon Haiyan struck in November 2013, there has been increased resistance to an industry linked with climate change, which many experts blame for such extreme weather events.

Also in Bangladesh, a low-lying plans to set up coal-fired power plants across coastal areas recently sparked a wave of protests.

In the United Kingdom, all coal-fired power stations are to be taken offline by 2015. The government in London was the first in the European Union to put forth concrete plans to quit coal. But rather than promoting wind, solar and hydropower as alternatives, Britain seems wedded to controversial nuclear power, as well as gas. 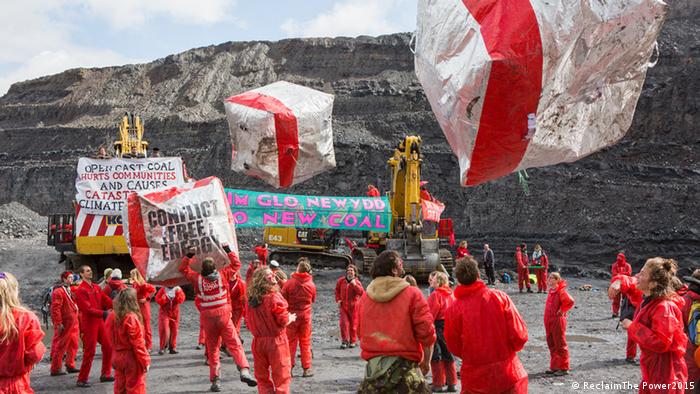 In Wales, activists occupied and halted work at the UK's largest opencast coal mine

In protest, some 300 activists set up camp close to country's biggest coal mine at Ffos-y-fran in Wales. Dressed in red overalls, they entered the mine and blocked extraction. Their banners demanded: "Keep it in the ground."

Protests in Canada, the United States, Brazil, Turkey, Nigeria, South Africa, Indonesia, Australia and New Zealand have also joined the call to "Break free from fossil fuels," an initiative of the US climate activist group 350.org. It seeks a rapid transition from fossil fuels to renewable energy, and greater climate justice.

An end to German coal mines?

At the camp in Lusatia, climate campaigners are demanding action from energy giant Vattenfall. Last month, the Swedish state-owned company announced the sale of its unprofitable lignite operations to Czech energy company EPH.

Environmentalists have slammed Vattenfall, which framed the sale as divestment from CO2-heavy lignite, for failing to take responsibility for shutting down the mines. It remains to be seen how the new owner will tackle that burden. 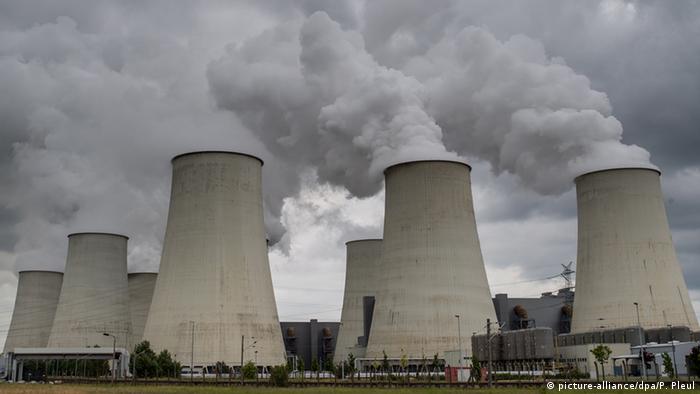 "EPH must be clear that what's being sold in Lusatia is a contract to phase out an outdated energy source," Greenpeace energy expert Karsten Schmid told German media. The acquisition of three power stations and four opencast mines comes with incalculable associated costs, he said.

Eichberger of EndeGelände! fears the energy companies want to shirk the costs of restoring the mined area to its natural state, and that the authorities could prolong the mines' operating licenses. The group is calling on Vattenfall to take responsibility for rapid and environmentally conscious closure of the operations.

To this end, activists expect 25 buses to bring around 2,000 protestors to the site from around Europe. Over recent weeks they have been preparing for direct action with more than a hundred mobilization and training events.

"Given the threat of climate disaster, we consider the action a legitimate means," Eichberger says. From May 13 to 16, the protest movement will come to Welzow, one of the four mines included in the recent sale. That's all she'll reveal for now.

Abandoning fossil fuels is proving difficult. Germany is a role model around the world thanks to its switch to renewable energy. Now, green experts are calling on the country to do its global green duty. (11.05.2016)