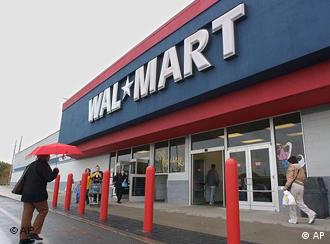 Wal-Mart gave it a go in Germany, but misread the market

Wal-Mart moved into Germany in 1998, hoping to repeat its phenomenal US success in Europe's biggest economy.

It didn't turn out that way. From the beginning, Wal-Mart found its American approach to business did not quite translate into German.

''As we focus our efforts on where we can have the greatest impact on our growth and return on investment strategies, it has become increasingly clear that in Germany's business environment, it would be difficult for us to obtain the scale and results we desire,'' Michael Duke, a vice chairman of Wal-Mart, said in a statement.

The Wal-Mart retreat from Germany is expected to cost it about $1 billion (794 million euros).

Under the deal, Metro, which is one of Germany's largest retail groups, said it planned to fold the 85 stores into its Real chain. The deal still needs the approval of anti-trust authorities. Financial details were not disclosed.

US Model not effective here

Andreas Knorr and Andreas Arndt of the University of Bremen didn't mince words in their study called "Why did Wal-Mart Fail in Germany?" 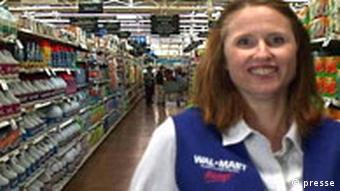 The authors wrote: "Wal-Mart's attempt to apply the company's proven US success formula in an unmodified manner to the German market turned out to be nothing short of a fiasco."

One example of that might be that Wal-Mart's American managers pressured German executives to enforce American-style management practices in the workplace. Employees were forbidden, for instance, from dating colleagues in positions of influence. Workers were also told not to flirt with one another.

A German court ruled last year against the company's attempt to introduce a telephone hotline for employees to inform on their colleagues.

High labor costs may have been a big hurdle for Wal-Mart Germany, as well as workers who tried to resist management's demands which they felt were unjust.

One Wal-Mart employee told the newsmagazine Der Spiegel that management had threatened to close certain stores if staff did not agree to work to working longer hours than their contracts foresaw and did not permit video surveillance of their work.

Wal-Mart Germany has had several run-ins with the trade union ver.di, which represents retail store workers.

Besides running up against German labor law and tradition, analysts say Wal-Mart also misfired when it came to knowing the market they were attempting to crack. 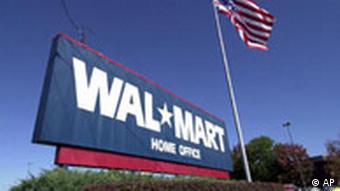 "We made mistakes," said Wal-Mart Germany's CEO David Wild in a recent interview with the Welt am Sonntag newspaper. "Many of our (product) buyers in Germany were Americans. Some real goof-ups occurred as a result."

"Like, did you know that American pillowcases are a different size than German ones are?" he asked. Wal-Mart Germany ended up with a huge pile of pillowcases they couldn't sell to German customers.

"If you want to be successful in a foreign market, you have to know what your customers want. That's the most important lesson," Wild said, who is from England. "It does not good to force a business model onto another country's market just because it works well somewhere else."

Analysts said Wal-Mart Germany's difficulty lay largely in the numbers, with 85 stores not enough to give the brand a foothold in the German market. Merck Finck and Co. bankers said the chain had "limited critical mass, insufficient square meter productivity and a too aggressive pricing policy." 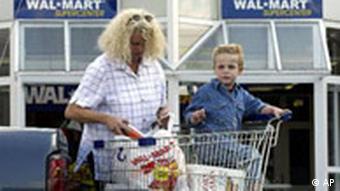 Wal-Mart introduced its stores in Germany eight years ago when it took over the Wertkauf and Interspar supermarket chains. Until now, the company has employed 11,000 employees in Germany. Wal-Mart said its German locations had sales of more two billion euros ($2.55 billion) last year.

Wal-Mart currently has around 6,500 stores world-wide and employs more than 1.8 million people. It announced global sales of over 263 billion euros ($331 billion).

Düsseldorf-based Metro had been looking for ways to boost its Real food store chain, and buying Wal-Mart's operation will give it more than 670 food stores and hypermarkets in Germany. "The shops are the ideal supplement to our current network of the Real Hypermarket brand," the company said in a statement.

The 85 Wal-Mart stores added to Real’s 550 supermarkets and hypermarkets, could strengthen its purchasing power in the world’s third-largest retail market, Metro said.

The price Metro is paying Wal-Mart for the stores was not announced, but Metro chief Hans-Joachim Körber said that his company is paying less for the 85 Wal-Mart locations than they are worth.

"We have to take off our hats to Körber and Metro," said Wal-Mart's CEO Leo Scott at a retail conference in 2004. "They know how to make money in Germany."

Road to Indian Market Full of Potholes for German Retailer

German retail giant Metro beat heavyweight competitors Wal-Mart and Carrefour in the race to enter the lucrative Indian market three years ago. But it’s not been all smooth sailing for the group. (May 11, 2006)

When it comes to Germans and the world's largest supermarket, Wal-Mart, there's little love lost. No surprise then that a new film exposing the work ethics of the US retail giant, is such a hit at this year's Berlinale. (Feb. 17, 2006)

A court in Germany has upheld the right of the nation's citizens to flirt at work. The ruling comes in response to US supermarket chain Wal-Mart's company policy banning any sign of attraction between its workers. (Nov. 15, 2005)