WorldRiskReport: Children suffer most from war and disaster | World | Breaking news and perspectives from around the globe | DW | 19.11.2018

WorldRiskReport: Children suffer most from war and disaster

The 2018 WorldRiskReport focuses on children. In wars, conflicts or natural disasters, they are often by far the people made most vulnerable. So what are the report's recommendations? 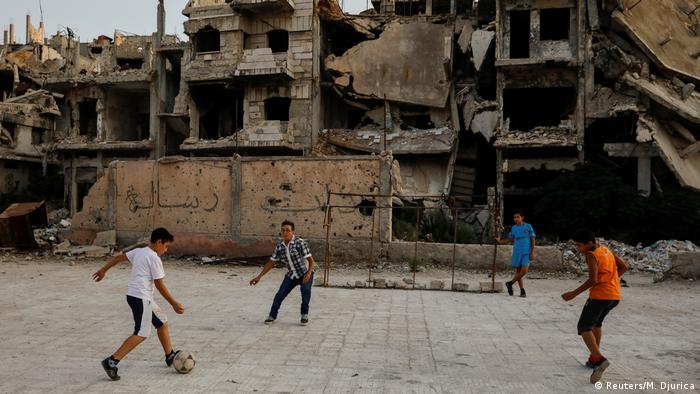 In April 2016, northwestern Ecuador was hit by a 7.8 magnitude earthquake. More than 660 people died, and 80,000 lost their homes and livelihoods. About 560 schools were partially or totally destroyed.

Children were particularly affected. Many lost their parents and were left at first to fend completely for themselves. Emergency help did eventually arrive, but it was some time before the children were being looked after properly. Nonetheless, by April of the following year, the aid organization Plan International had provided emergency relief to 36,900 children.

What happens to children in times of catastrophe is the focus of the 2018 WorldRiskReport, published by the Ruhr-University Bochum, and the Bündnis Entwicklung Hilft, an alliance of German development and relief organizations.

"Children are particularly badly affected by natural disasters, and they're more at risk than the adults because as a rule they're not as physically strong," Peter Mucke, the alliance's executive director, told DW. They're often not as well protected legally, either. "Children are less able to demand their rights, although these are protected by the Convention on the Rights of the Child," he said. "For children, the initial situation is especially difficult, especially after a disaster."

The vulnerability of children was apparent after the 2010 earthquake in Haiti: About 7,300 minors were abducted by traffickers and taken across the border to the Dominican Republic. In 2008, after Cyclone Nargis in Myanmar, hundreds of children were forced into domestic servitude.

The 2018 WorldRiskReport points out the growth in a number of regions of the risks of a combination of wars or conflicts and other devastating disasters. 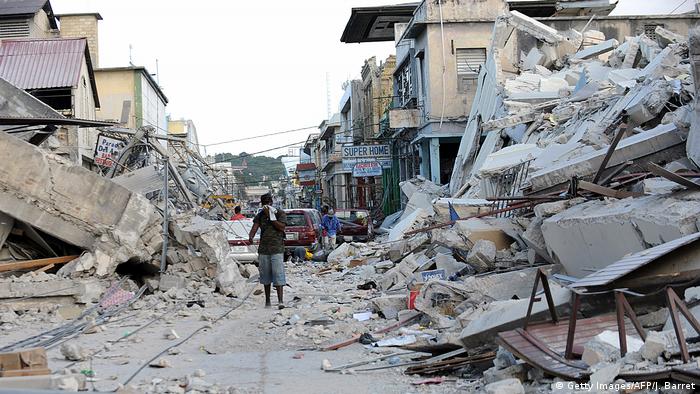 Not all countries have the means to institute measures to reduce the effects of natural disasters. Such measures could include stiffened building regulations, more effective response strategies, and reductions in levels of extreme poverty and inequality.

According to these criteria, the WorldRiskIndex includes Vanuatu, Tonga and the Philippines among the countries most in danger, while naming Qatar, Malta and Saudi Arabia as among the most secure. Germany ranks 17th in the latter group.

One of the countries where children are currently heavily at risk is Yemen. Civil war has raged there for three and a half years. Civilians are particularly affected: Several million internally displaced people are on the move in this country at the southern tip of the Arabian Peninsula. Military violence is not the only cause of their suffering; there has also been a lengthy drought. In Iraq, too, the situation is difficult.

"These countries absolutely do not have the capacity, in their state of war, to respond appropriately to an extreme natural disaster," Mucke said. "So, many children live in a completely ruined environment, or in a refugee camp, where conditions are such that it's much harder for them to get schooling, for example, or medical treatment."

In January 2005, the second international conference on minimizing risks from disasters took place in the Japanese city of Kobe under the slogan "A Safer World for All." The conference adopted the Hyogo Framework for Action, which prioritized measures such as social safety nets and reconstruction programs, as well as psychosocial support. The aim is for these to help children overcome the psychological consequences of disasters. This created the impetus for the ongoing expansion of children's rights after such events — although these are still by no means self-evident.

Mucke said that was why the authors of the 2018 study have called for protections for children to be strengthened further: "Specifically, we are advocating for action plans to be developed for, and in collaboration with, children in countries that are repeatedly affected by extreme natural occurrences."

The authors of the report conclude that children should be consulted on prevention, intervention and temporary assistance. "Because they are aware of and can identify other risks, they really need to be involved and to help with the development of strategies," they write. The authors are convinced that this is the only way effectively to improve protections for children during and after disasters.