Ahead of its annual meeting in Davos next week, the World Economic Forum has released a 60-page report on the major global risks facing societies and economies. Income disparity ranked first among the threats. 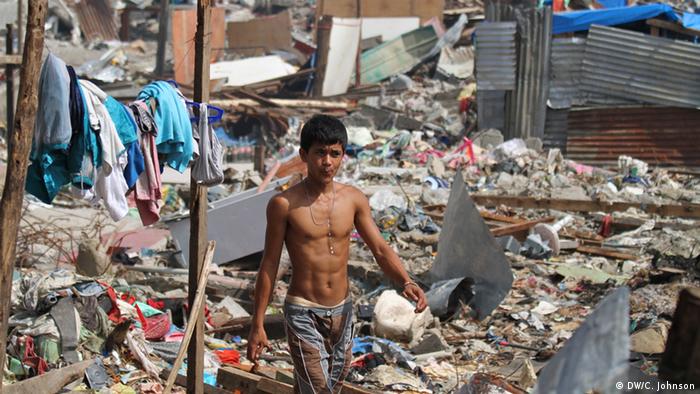 The World Economic Forum's (WEF) "Global Risks 2014" report found that a chronic gap between rich and poor was become wider, posing the biggest single risk to societies and economies across the globe. It said the impact of income disparity would continue to become bigger even though economies in many nations had started to recover.

The survey of more than 700 global experts warned of a lost generation of young people lacking both jobs and in many cases adequate skills to find work, fueling pent-up frustration and social unrest.

"Disgruntlement can lead to the dissolution of the fabric of society, especially if young people feel they don't have a future," WEF Chief Economist Jennifer Blanke said.

The growing gap between rich and poor

The head of the risk department of reinsurer Swiss Re, David Cole, who worked on the study, said governments around the globe needed to pay more attention to rising income inequality.

"I'm a big supporter of capitalism, but there are moments in time when it can go into overdrive and it's important to have measures in place - whether regulatory, government or tax measures – that ensure we avoid excesses in terms of income and wealth distribution," Cole said in a statement.

The WEF report identified extreme weather events as the second-most likely factor to cause systematic shocks, reflecting a perceived increase in severe conditions such as the big freeze in the United States this winter.