Bizarre outfits, nerves of steel and a party mood in North London's Alexandra Palace. The 29th edition of the PDC World Darts Championship is underway. DW sums up everything you need to know about this annual event. Fans often turn up to Alexandra Palace in fancy dress

All eyes are on North London: The World Darts Championship kicked off on December 15 and runs until January 3, 2022. Darts mecca 'Ally Pally' (Alexandra Palace) has hosted the annual event since 2007.

The COVID-19 pandemic and the then just-emerging delta variant forced the Professional Darts Corporation (PDC) to hold last year's championship behind closed doors — apart from opening night, when 1,000 fans were allowed to attend. 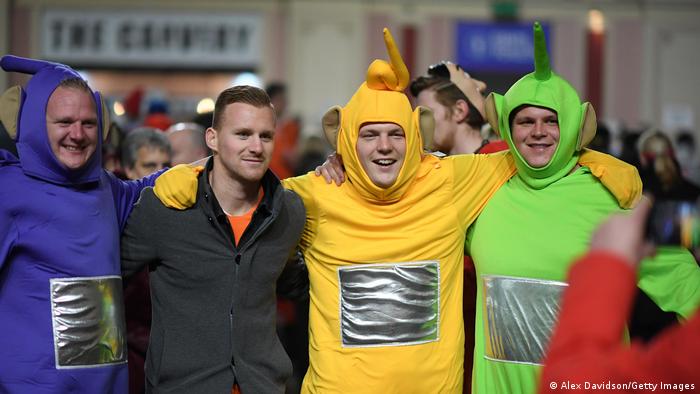 This year though, despite the emergence of the new, highly contagious omicron variant of COVID-19, Ally Pally is expected to be filled with more than 3,000 singing, costumed spectators for each of the 28 sessions. Omicron caused the British government to tighten anti-coronavirus measures last week, meaning that only those who have been fully vaccinated, can prove that they have recovered from the illness or have tested negative will be allowed in.

Just two women are among the entrants — and both are from England. Fallon Sherrock made history two years ago when she became the first woman to beat a male contestant and advance to the third round of a World Championship match. 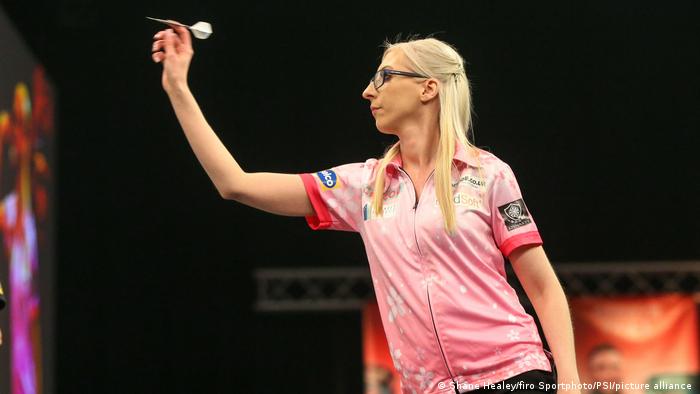 Fallon Sherrock is out to make headlines again at Ally Pally

"I'm feeling so confident in my game at the moment," Sherrock told the PDC.tv website ahead of the tournament. "I try to ignore everything else that's happening, because I don't want to put extra pressure on myself... I've got amazing memories and it gives me goose bumps when I think back to two years ago."

Lisa Ashton, 51, has qualified for the tournament for the third time in her career.

All matches will be played as in the 501 single-in, double-out format. Three legs are required to win a set. The first two rounds will be played as a best of five sets, with rounds three and four moving to best of seven. The quarterfinals will be best of nine, the semifinals best of 11 and the final best of 13.

The favorite is undoubtedly current world No. 1 and defending champion Gerwyn Price, a Welsh former professional rugby player who has been in fine form of late, having won last month's Grand Slam of Darts. At Ally Pally he will be bidding to become just the fourth player to win back-to-back world championships, and Price is certainly not suffering from a lack of confidence. "To be part of a small number of players who are back-to-back world champions would be special," Price told PDC.tv. "If somebody plays well against me, I find that extra gear. It's good to know I've got an A game to beat anyone.

Other title contenders include the 2020 champion Peter Wright of Scotland and long-time dominator Michael van Gerwen. The 32-year-old, Dutchman has had a substandard year to say the least, but will be going for his fourth world championship.

"If I play my best game then no one can beat me, simple. They all know that, but no one will say it," van Gerwen told PDC.tv. 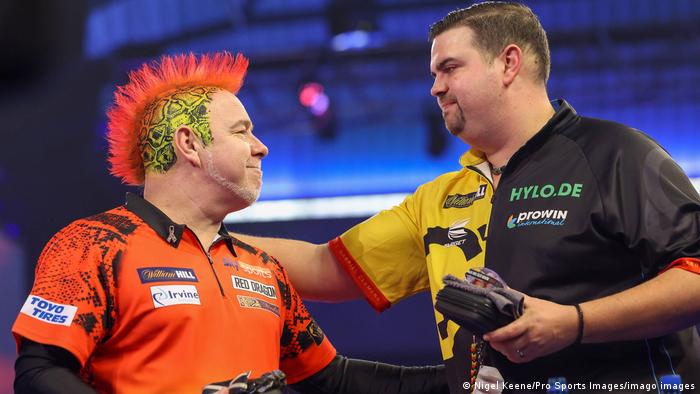 Germany is being represented by four players at this year's world championship, starting withGabriel Clemens, who made it to the round of 16 last year. He's joined by Martin Schindler, Florian Hempel and 16-year-old Fabian Schmutzler — the last two of which are making their first appearances at the tournament. 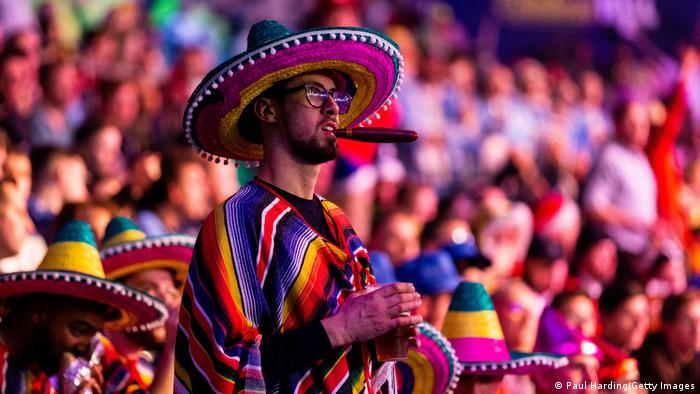 Colorful fans are a big part of the tournament's appeal

On a historic night for darts, Lisa Ashton took to the stage hoping to write another chapter. Ashton was not able to win the match, but she did win the crowd on a night that the sport hopes will spark change.

Anastasia Dobromyslova has lost her first-round match at the World Professional Darts Championship. She was one of two women competing in what previously was an all-male event.