Global soccer leaders head to Sao Paulo Tuesday for FIFA's annual congress, but the event is being eclipsed by bribery allegations against a former Qatari soccer boss and sponsors' calls for a full investigation. 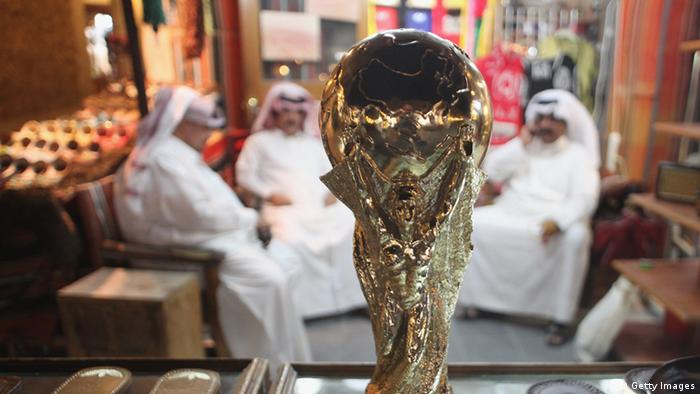 "The negative tenor of the public debate around FIFA at the moment is neither good for football nor for FIFA and its partners," the German sportswear maker Adidas said.

The mood was also tainted after FIFA president Sepp Blatter lashed out the day before against people he said were "plotting to destroy" soccer's governing body, suggesting racism was behind the bribery claims.

In separate comments to the Confederation of African Football delegates, he said he felt the opponents of Qatar's 2022 bid were motivated by "racism and discrimination."

On Monday, two major backers of the World Cup - oil giant BP and brewer Anheuser-Busch InBev - joined five of FIFA's biggest commercial partners in calling for an investigation into claims that a former Qatari soccer leader paid millions of dollars in bribes to secure his country's bid.

"We expect FIFA to take all necessary steps to address the issue," Anheuser-Busch InBev, the maker of sponsor Budweiser beer - known in most of the EU as Bud - said in a statement.

The fact that five of FIFA's official partners - Adidas, Coca-Cola, Visa, Sony and Hyundai - have been so outspoken is rather unusual. Traditionally big corporations would remain tight-lipped over something so sensitive and controversial.