Morocco have qualified for the World Cup for the first time since 1998 after they beat Ivory Coast 2-0 to knock their opponents out. Tunisia also booked their spot at Russia 2018 with a tense 0-0 draw against Libya. 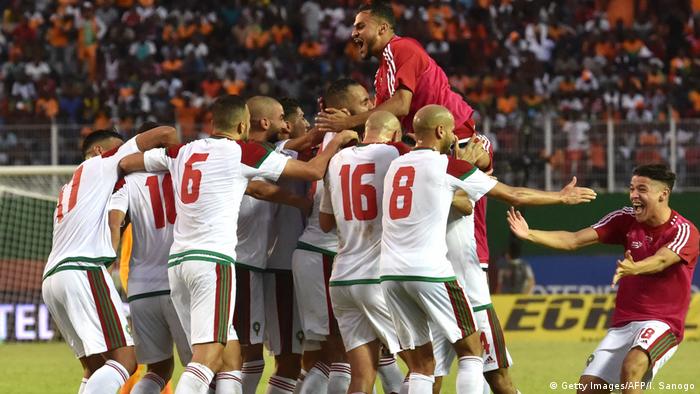 A pair of quickfire first half goals fired Morocco to their first World Cup in two decades and condemned Ivory Coast to a defeat that means they will miss the showpiece event for the first time since 2002.

After a shaky start, the hosts soon got on to the front front, with Seko Fofana and captain Gervinho both passing up decent opportunities in the first 20 minutes. But it was the Moroccans who got the breakthrough when Nabil Dirar's cross evaded everyone and found its way it to the net.

Despite needing only a point to qualify, the Atlas Lions weren't prepared to sit on a slender lead and doubled their advantage five minutes later when former Bayern Munich center back Medhi Benatia turned in a left wing corner.

The Elephants were getting desperate but it was the visitors who looked most likely to get the game's third goal, with Mbark Boussoufa going close. Full back Serge Aurier had the Ivory Coast's best chance shortly after the hour mark when he blazed over in acres of space before Noureddine Amrabat almost killed the game on the break but a further cushion wasn't needed.

Tunisia also sealed their place at Russia but in much nervier fashion. Needing just a point at home to already-eliminated Libya to assure their progression, they labored to a goalless draw.

Youssef Msakni and Anice Badri both failed to calm the home fans' nerves by missing chances in a first half the home side dominated.

But it proved to be enough and, after missing out in 2010 and 2014, Tunisia will be at the World Cup for a fifth time.