Belgians rarely display national pride because of the multilayered nature of the country’s own identity. Losing to France was a great disappointment, but the country still stands together, proud of their team. 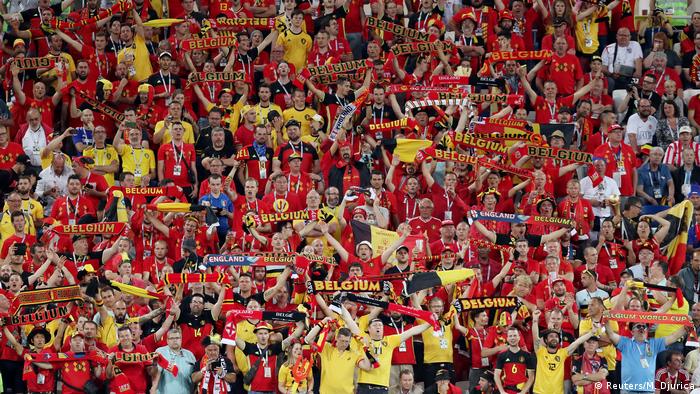 Belgium is not the type of country where you're likely to see flags floating in the air during national holidays. In fact, if you only know Brussels, you'd have probably noticed that EU insignia greatly outnumber Belgian symbols in the country's capital. Yet every four years everything changes, as different communities put aside their differences and swell up with pride for their national football team.

"Belgian identity is very feeble, and complex" argues Professor Jean Michel de Waele, who teaches political science at the Université Libre de Bruxelles (ULB). “One cannot simply say that Belgium is a divided country, because we do have a specific world view. But normally the north and the south live in different realities”.

Genius Mbappe is ready for the biggest stage

The small country at the heart of Europe is separated into three federative states, one French-speaking, one Flemish-speaking and the third bilingual. It is also home to hundreds of thousands of citizens with a migration background, who came mostly after the end of the second World War, seeking employment.

Prof. de Weale researched how Red Devils help the nation imagine itself. He explains that: “during the World Cup, we live through emotions together. We are very united, and that surprises us.” 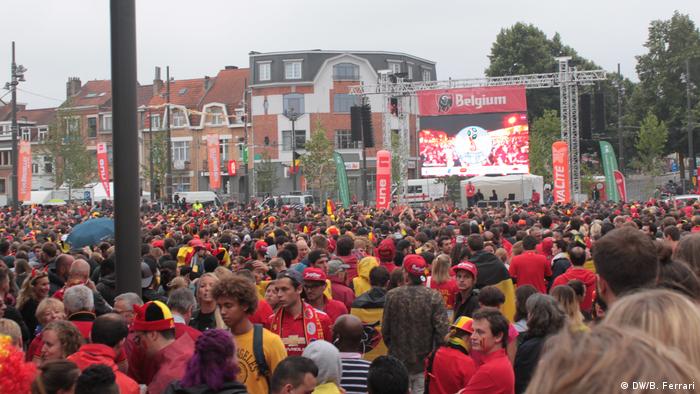 It is 7pm on Tuesday evening, and thousands of fans dressed in black, yellow and red have flocked to Dumon square on the outskirts of the city to watch the match. The sky might be gloomy, but excitement lingers in the air.

Woulwe-Saint-Pierre is one of the very few neighborhoods able to host a public viewing, after the mayor of Brussels, Philippe Close, banned them from the center.

When pressed by local newspapers on why this decision was taken, the mayor’s spokesperson replied: “This demands a huge police mobilization for security. Brussels is a multicultural city with 184 nationalities, so every match will engage at least one community”.

This did not stop fans from all over the city coming together and supporing the national team in the pursuit of what could have been Belgium’s first World Cup final. However, Samuel Umtiti’s goal in the 51st minute put Les Bleus ahead.

“We believed in it until the end” says Aurélie, 37, from Brussels. “After Brazil, we thought nobody could stop us.” Her friend Christian adds: “We are doubly disappointed because France would barely rejoice if they won, while for Belgium it would have meant everything.”

Christian was born in the Flemish-speaking community but describes himself as Bruxellois. Asked about what he likes about the Red Devils, he says: “The national football team is like Belgium. Everyone is represented.”

Nicola, 29 from Switzerland, and Johnatan, 27 from Congo, agree with him. “Belgium has welcomed us. Whether you are black, yellow or red, we are all like brothers”.

Brussels is indeed extremely cosmopolitan: touring the city feels sometimes like travelling across the world. Yet invisible borders exist between different neighborhoods, and communities tend to stick together even after generations.

Integration is never easy, but “the difficulties that the country has gone through in the past years, like the political crisis of the 541 days or the Brussels attacks,” concludes Prof. de Waele, “have changed a bit our image of ourselves.”

In the meantime, Löic, 18, is not defeated: “I was so happy when we won against Brazil that I jumped around. I was proud of being Belgian, and I still am.”

The next appointment is on Saturday 14, when the streets of Belgium will fill again with people dressed in black, yellow and red, hurrying home after work, muttering eagerly in hope that the team can finish in third place. “Worst case,” adds Löic “we still have Wimbledon”.