There's little chance of Russia avoiding a slide into recession this year, the World Bank has said in a new report. Reduced infrastructure investment will act as a brake on economic activity this year and next. 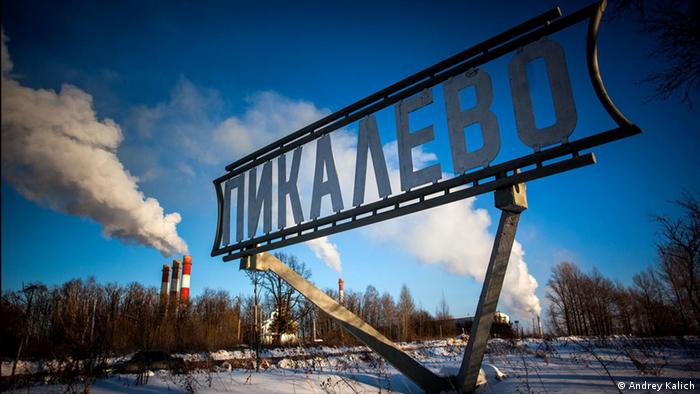 The World Bank said Wednesday it expected Russia's economy to contract by 3.8 percent in the current year, followed by a modest decline of 0.3 percent in 2016.

Launching its latest Russia Economic Report in Moscow, the global lender said that investment was projected to dip for a second year in a row in 2015, as the government looked set to delay a number of large infrastructure programs, even as private investors were also cutting back on investment.

The World Bank said that deep structural problems in the Russian economy were the main reason for weak investment in 2014. Those problems included limited labor mobility, weak regulatory institutions, and inconsistent application of regulations and laws. More competition and less corruption would improve Russia's prospects, the report said.

Other factors, such as geopolitical tensions and sanctions imposed by the West over Russia's perceived role in the Ukraine conflict, have compounded the situation, by creating uncertainty that tends to restrain private investment.

After decreasing for years, poverty is set to rise again

"The slump in oil prices only began to affect the economy in the final quarter of last year, and the impact is likely to be more profound in 2015 and 2016," World Bank Lead Economist for the Russian Federation, Birgit Hansl, said in a statement.

In the short run, "the Russian government and central bank were able to respond swiftly with policy responses that successfully stabilized the economy," she said.

The report also said that consumption was likely to turn negative this year for the first time since 2009, as declining real wages, driven by a massive reduction of the ruble's value in relation to other currencies, kept eroding households' purchasing power by making imported goods more expensive.

The rate of people living in poverty is expected to increase significantly, for the first time since the crisis of 1998-99, as real disposable income declines. In 2001, the poverty rate was 40 percent; by 2013, it had declined to 10.8 percent, as huge numbers of Russians joined the middle class. The World Bank estimates the poverty rate could rise back to 14.2 percent this year or next.

The report noted that the flip side of currency depreciation is that it could provide a boost to Russian exports in some tradeable goods sectors.

The bank also said that a tangible drop in foreign direct investment could limit the innovation and technology development that continued to be critical for boosting Russia's growth potential medium-term.

To offset the reluctance of foreigners to invest in Russia, the bank recommended that natural resource revenues should be targeted toward improving long-run growth prospects by funding technology development and infrastructure projects.