The success of the US women's football team has led to record TV viewer numbers in the United States. But the boom in front of the screens isn't reflected in youth football player numbers — not yet anyway. 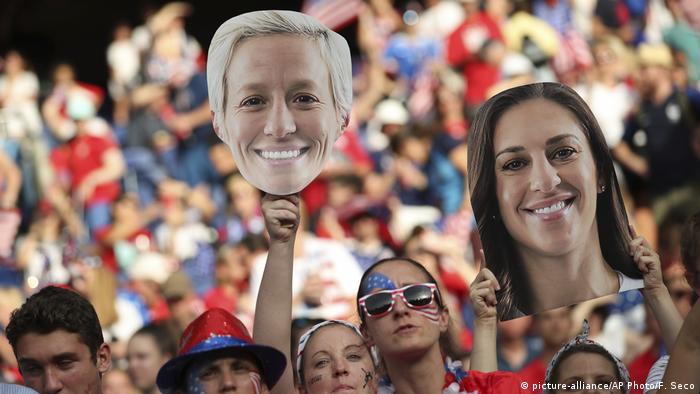 Allison Cannon has been playing football longer than she could read or write. She started kicking a ball at six, first in a recreational league and then later on a school team. "I fell in love with the sport," said the social worker from Virginia. "Mia Hamm and Brandi Chastain were my idols!"

Hamm and Chastain were part of the US team that between 1991 and 2004 won two Olympic Golds as well as two World Cups. Chastain was the first American player to score five goals in a game and Hamm finished her national team career having scored 158 goals. Both inspired an entire country of young girls like Cannon to play football.

The US team at this year's World Cup is also successful. The team, led by captain Carli Lloyd, is back in the final and will face the Netherlands on Sunday. The excitement in the US keeps growing. In Washington D.C. many bars and restaurants are showing World Cup games, even if they have to open a few hours earlier than usual because of the time difference. On social media, the team is also a huge topic. The team's Twitter account has nearly two and a half million followers, and the game hashtags are always among the US' trending topics. 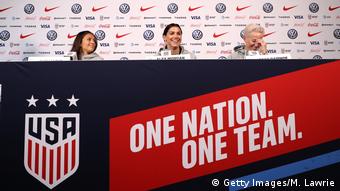 For the third straight tournament, the US women have made the final. If they win on Sunday, the US will have won four World Cups - two of which in a row. The team is already an example to so many young girls in the US, says Cannon. "I think watching our women's team make it to the finals shows young girls that their dreams can come as long as they work for it," Cannon said.

And many have been watching the team. FIFA believe that by the time the final whistle goes at the end of the World Cup Final, around a billion people across the planet will have followed the tournament. This is a huge rise in comparison to the 836 million people worldwide who reportedly followed the 2015 tournament.

Console over the field

The hope in youth football is that this translates into higher registration numbers for recreational leagues and school teams. In recent years, the number of youth players has dropped across the country.

The Sports and Fitness Industry Association has been analyzing trends in youth football in the US for the last 40 years. In 2018, they published a study that showed the number of kids aged between 6 and 12 that regularly play football had dropped by nearly 14 percent from 2015 to 2018, to 2.3 million kids.

Other sports are also battling a loss in numbers — more and more kids would rather play video games than compete on the pitch. But football has "lost more child participants than any other sport," Tom Farrey from the Sports and Society Program of the Aspen Institute think tank told the "New York Times" last year. 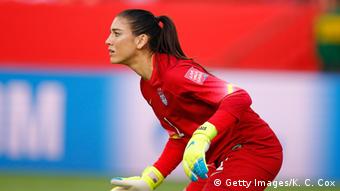 One problem: Many youth programs are expensive. Parents have to pay hundreds of dollars to kit out their kids, get them shoes and a spot on the bus to away games. "My family would not have been able to afford to put me in soccer if I was a young kid today," said Hope Solo, the US goalkeeper of the 2015 World Cup winning team, at a conference last year.

'Pass on the love of the game'

Judging by the streets and the offices in Washington D.C., the women's game appears to have a great number of adult fans in the capital. And the fans of Lloyd, Megan Rapinoe, Alex Morgan and Co are passing their football passion on to the next generation.

"Once I started high school I decided I wanted to pass my love for the sport on and became a coach for girls under eight," Cannon said. She added that she has seen the popularity of the sport grow, including during the current World Cup. "Even my best friend who is not into watching soccer had put on the game against England to cheer on the women."

Perhaps this excitement will work its way into the number of young football players in the US.