This week's five talking points from women's football include concerns over the German FA (DFB) failing to make the Women's Bundesliga visible enough and the recognition of a new power rising in Germany. 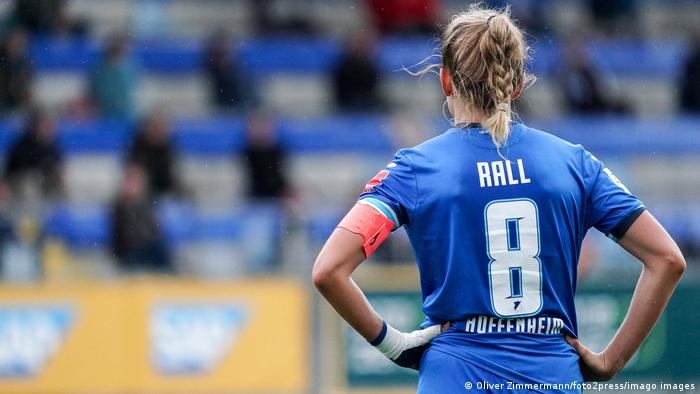 Bayern Munich are the team to beat now

After eight straight wins that have seen them score 26 goals and concede none, Bayern Munich not Wolfsburg are the team to beat in the Women's Bundesliga at the moment.

Wolfsburg have owned the league for the past four years, but Bayern's chances of challenging for the trophy are as good as ever this year. A 3-0 win against newly promoted Meppen helped Bayern stay two points clear of Wolfsburg at the top of the table.

Jens Scheuer's side mean business. After the departures of players like Kathrin Hendrich and Melanie Leupolz, the club has managed to build a new and stronger foundation. The arrival of top prospects like Lea Schüller, Klara Bühl, Sarah Zadrazil and the experienced Marina Hegering, who has made an immediate impact to their defense, have kept Bayern strong.

The results keep coming and progress on the pitch is showing. Prior to the season, the Munich club talked about a four-year-plan to become the number one in Germany again. Next weekend Bayern face Wolfsburg — while it might not decide the league, it will certainly be a chance for Bayern to show their plan might pay off sooner rather than later.

Sydney Lohmann is one of the fastest rising talents in German women's football. Given all the big names in Bayern's squad, the midfielder is not often the one in the spotlight, but Lohmann has been an important factor for a while now.

The 20-year-old has scored six goals in seven games this season so far — form made all the more impressive by her story.

Having joined Bayern's second team in 2016 from the youth academy of local Bavarian team SC Fürstenfeldbruck, Lohmann made a few appearances with the U17 and second teams before making her first-team debut a year later. Her performances were so impressive she earned herself a call up to the national team in 2018.

Since then she hasn't looked back and a breakout season beckons. Just a few days ago, Bayern Munich announced her contract extension until 2024. For a promising player like Lohmann to commit her future to the Munich club and the Women's Bundesliga is a good sign. 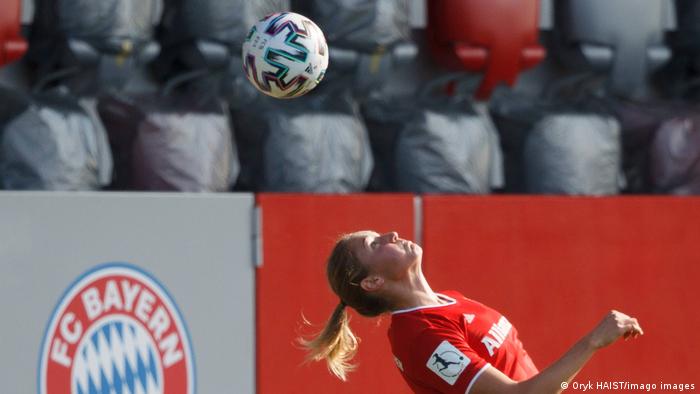 The DFB (German FA) has a number of problems, but one of the simplest to fix is the accessibility of the Women's Bundesliga. Despite hosting plenty of big name players and one of the biggest teams in the game, the league is barely accessible to its German and international viewers.

Sports network Eurosport and/or pay-TV service Magenta Sport show just a game or two every matchday in Germany while the DFB uploads highlights of every game. But that's it.

Just a few weeks ago, Eurosport didn’t show a game as promised, opting instead to broadcast a tennis match that had originally been postponed due to rain. Apparently the German FA was aware of the possible switch beforehand but forgot to inform the public and only posted a few tweets later, leaving a lot of fans confused. The league doesn't have its own homepage, fans and reporters often have to rely on live blogs for the latest, and on social media updates only come through the national team's account.

Based on the quality of play, the German league is still one of the best in the world, but keeping the teams and players from being seen doesn't help anyone. The ambition and money in England are likely some of the reasons the likes of Pernille Harder, Tobin Heath, Christen Press and Sam Kerr play there, but it's mostly because they know that they can be seen. Until the German FA figures that out, the Women's Bundesliga will struggle to grow or get the attention it deserves.

Race for third heats up

It's still too early to predict anything, but it's not just the title race that's exciting this season in the Women's Bundesliga.

Whoever finishes third will find seal a Champions League qualifying spot, and with it the chance for a bit more money, and a great spotlight to offer potential signings.

Despite a 5-0 loss to Wolfsburg, Potsdam are definitely among the candidates for the spot. Five wins after eight games has them currently in third, but they have to watch out for Eintracht Frankfurt who are chasing them in fourth place (14 points) and Hoffenheim in fifth (13 points).

Propelled by Laura Freigang's goals, Frankfurt pose Potsdam a real threat in the race for third. Hoffenheim are less predictable, but have stabilized and are hoping for a change in fortune with a new head coach. 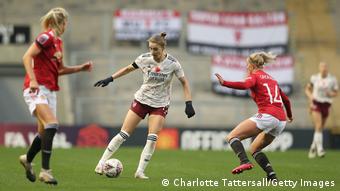 Vivianne Miedema is one of the best players in the world

This weekend of football saw a whole host of great performances.

Bethany England delivered a match-winning performance for Chelsea in the Women's Super League (WSL), while Svenja Huth put on another masterclass for Wolfsburg in Germany.

From Miedema to Däbritz, Harder to Morgan, the women's game has plenty of stars, both in the making and at their peak. It is a privilege to watch them play and whenever we talk about the greatest players or rising talents we must include names like England or Kerr or Anyomi. Not to do so is to only talk about some of football not all of the beautiful game.