Women who breastfeed in public still have a hard time

Last year an Australian politician became the first woman to breastfeed her baby in parliament. In an interview with DW she said she was performing a perfectly normal biological function. 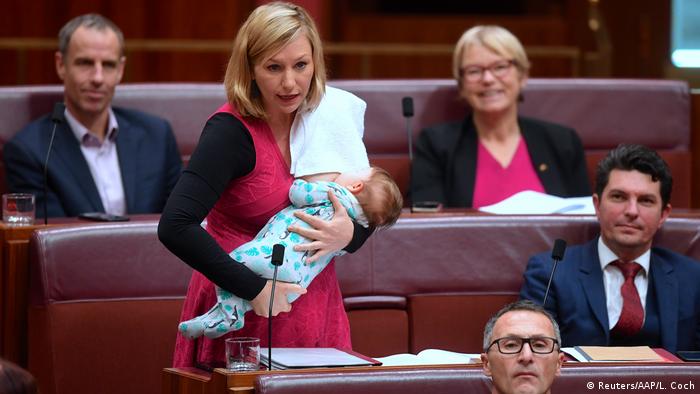 Last year, Larissa Waters, an Australian politician, became the first woman to breastfeed her baby in the national senate. Her story made headlines and reignited a controversial debate about breastfeeding in public.

Waters was interviewed on the DW's program, "What happens next?" and when she was asked why she felt she had to breastfeed her baby in public Waters said, "Well I have a job to do as a mother and as a parliamentarian and thankfully it's 2018 and we can do both of those things at the same time."

While nursing a child in the open is allowed in many public spaces across the world, many women say they feel uncomfortable or are frowned upon when feeding their babies.

In September, Jacinda Ardern, the prime minister of New Zealand brought her infant daughter to the United Nations' annual gathering of world leaders. Mother and daughter were spotted together inside the assembly hall. 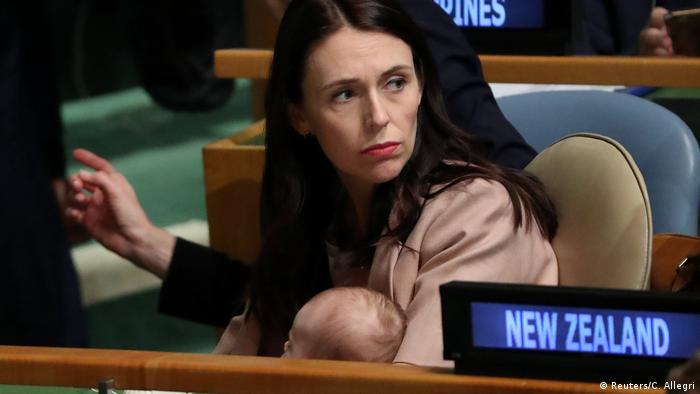 New Zealand PM Ardern with her baby at the UN

"I'm combining my role as a mum and also as a leader and it is entirely possible to do both. She comes to functions with me. So, politicians love holding babies," Ardern said.

However, bringing children into government bodies is still controversial. In a story from the UK's Telegraph newspaper last year, Yuka Ogata, a Japanese politician was told she was forbidden from bringing her baby into a council session.

Explaining their logic, officials at the Kumamoto municipal assembly said that visitors and observers were not permitted on the floor, and that included children of politicians.

But there is movement forward. In early October of this year, Finnish health officials demanded a law to protect breastfeeding mothers from being driven out of public places, including restaurants and coffee shops, in one of western Europe's most gender equal nations. 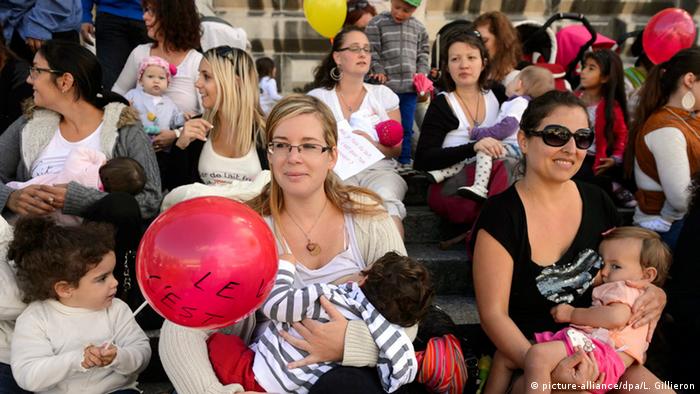 Mothers breastfeed during a flash mob protest in Lausanne

In the US, a plan by investment bank Goldman Sachs to pay for new mothers to courier their breast milk home from work trips drew praise and criticism in August, with some campaigners concerned the move could pressure women to cut short their maternity leave.

Goldman Sachs however, said it hopes the initiative — where the global firm will pick up the bill for breastfeeding employees to chill and ship their milk when traveling for work — will make "the balancing act a little easier" for mothers in its ranks.

While some still say that breastfeeding is something that should be done out of sight, there is a global movement to make breastfeeding a normal part of life. The annual World Breastfeeding Week campaign aims to encourage mothers to breastfeed because, according to their website, "breastfeeding not only saves lives and money, it is the foundation of life." 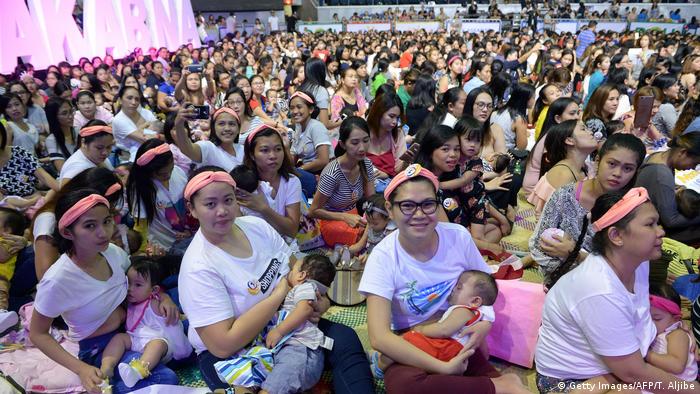 Mothers in the Philippines participate in breastfeeding awareness month

All across the globe during previous World Breastfeeding Weeks, women have gathered in public and breastfed their babies.

The United Nations supports breastfeeding, although the Trump administration, earlier this year tried to prevent the UN from passing a resolution promoting breastfeeding.

Record German debt due to pandemic, but less than expected 10m ago