Nobel Prize winner Olga Tokarczuk, Japan's Mieko Kawakami are among the novelists on the International Booker Prize shortlist, which features a Hindi novel for the first time.

The jury of the International Booker Prize, awarded annually to a book that has been translated into English and published in the UK or Ireland, has announced the names of the final candidates and their novels at the London Book Fair on April 7.

"Wildly original works of literature that will captivate readers, this year's shortlisted books all explore trauma, whether on an individual or societal level," the jury said in a press statement released after the announcement.

Here is the shortlist:

According to the jury, her book "uses elements of the fantastic and surreal to address the very real horrors and cruelties of patriarchy and capitalism in modern society."

The book has been translated by Anton Hur, who was born in Sweden and is living in South Korea for the last 30 years. Hur featured twice in this year's longlist — his translation of "Love in the Big City" by Korean author Sang Young Park was also in the list of the 13 nominees announced by the Booker committee earlier this year.

In "Heaven," Japanese writer Mieko Kawakami tells the story of a 14-year-old who is bullied by his friends but accepts his victim's role with resignation.

"This is a haunting novel of the threat of violence that can stalk our teenage years," the jury said in its statement.

The novel has been translated by Sam Bett and David Boyd.

Kawakami reacted to the announcement by thanking her team and her readers in a tweet.

Indian author Geetanjali Shree's book is the first Hindi novel to be shortlisted for the International Booker Prize. The story explores the life of an 80-year-old woman living in northern India, who decides to go to Pakistan to confront her teenage trauma of the partition of India and Pakistan in 1947. 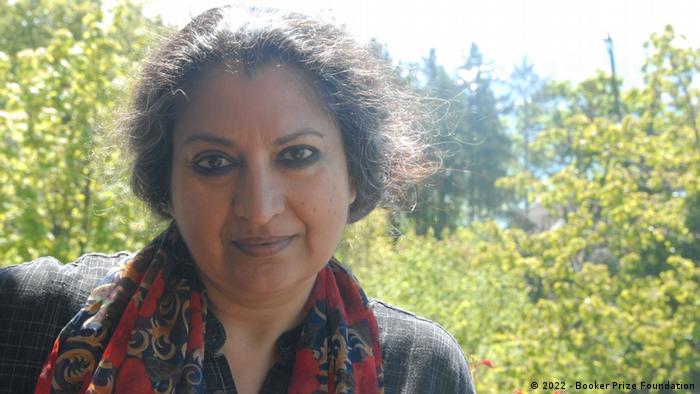 The jury called it "an engaging protest against the destructive impact of borders." The novel has been translated by Daisy Rockwell, US-based painter, writer and translator. Rockwell was "Feeling a bit dazed by this news at the moment," she wrote on Twitter.

'The Books of Jacob'

Written by 2018 Nobel literature laureate Olga Tokarczuk,"The Books of Jacob" takes readers to the age of Enlightenment in Europe and on a journey with Jacob Frank, a young Jew of mysterious origins, who gains a fervent following. He traverses the Habsburg and the Ottoman empires, converting into Islam and then to Catholicism.

The book has been translated by Jennifer Croft, whose translation of Tokarczuk's "Flights" won the International Booker Prize in 2018.

Argentinian Claudia Pineiro explores the genre of crime fiction anew with her novel, telling the story of a mother who sets out to look for her daughter's killers after officials close the murder case.

"A unique story that interweaves crime fiction with intimate tales of morality and the search for individual freedom" is what the jury had to say about the novel.

It has been translated by Frances Riddle, who has also rendered books by authors like Isabel Allende into English.

As the title suggests, this book is the final in a series of seven books by Norwegian author Jon Fosse — the only male candidate featuring in the shortlist.

The story is about a painter called Asle, living on the Norwegian coast among his friends, but plagued by his "doppelgänger," a man with a completely opposite version of his life.

The jury called the book "a transcendent exploration of the human condition."

It has been translated by Damion Searles.

The nominees were named by the chair of judges, Frank Wynne, who emphasized the importance of translators of these works.

"Translation is an intimate, intricate dance that crosses borders, cultures and languages. There is little to compare to the awe and exhilaration of discovering the perfect pairing of writer and translator," Wynne said.

This year's shortlist for the International Booker Prize, which honors translated works, has five women authors and features a Hindi novel for the first time.

Beyond Haruki Murakami: 9 Japanese authors you should know

While Haruki Murakami is an established name in Europe, there are many other Japanese writers whose works are available in translation, including new female voices.

Geetanjali Shree, author of "Tomb of Sand," the first book in any Indian language to win the International Booker Prize, talked to DW about the impact of the award.

David Diop wins International Booker Prize for 'At Night All Blood Is Black' 02.06.2021

The French-Senagalese writer and academic David Diop has taken home the International Booker Prize for a novel translated into English from another language.