In Germany, March 25 is Equal Pay Day, the day that symbolizes how far into 2011 women would have to work to earn the same amount men earned in 2010. Germany's wage gap is the fourth worst in the European Union. 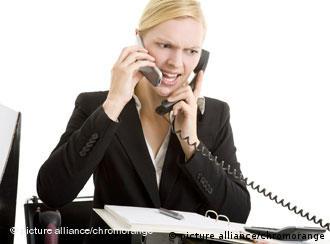 When it comes to achieving equal pay for women, Germany has work to do.

The main reasons for the wage gap are the gender stereotypes and the types of jobs that women do, says Henrike von Platen, president of the Network of Business and Professional Women in Germany.

"The jobs filled primarily by women are usually paid a lot worse than the branches dominated by men," said Platen.

In Germany, especially in rural areas, many people still follow traditional gender roles, which influence the distribution of tasks in families as well as the manner in which men and women choose jobs.

In a rural community, up to 40 percent of women hold part-time jobs earning less than 400 euros ($567) a month, says Gabriele Sturm of the Federal Institute for Research on Building, Urban Affairs and Spatial Development.

Women (not) on top 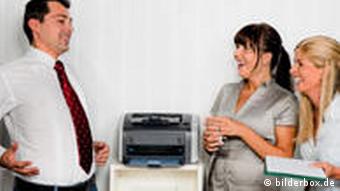 When it comes to getting more women in management positions, Germany would do well to take a hint from its neighbors, says Ida Hiller of the Federal Consortium of Women's Bureau. In Switzerland, she says "businesses that do nothing to promote women to management positions or to reduce inequality in pay do not receive public contracts."

Another piece of the pay inequality puzzle is that women are often reluctant to ask for raises or promotions, says von Platen.

Statistics show that women in Germany ask for lower salaries than men and rarely ask for pay raises or a company car.

But the real problem, says Platen, is that in Germany, people just don't talk about their salaries, making it hard to know where to start negotiations.

Pro: Germany needs a set quota of women to fill the top jobs

It's still rare to find women in the top jobs in Germany and the need for a set quota has been debated for years. Ulrike Mast-Kirschning believes that it's essential as men won't give up their positions voluntarily. (08.03.2011)

Contra: Introducing a quota for the number of women in top jobs won't solve anything

Is state regulation necessary to ensure that there are enough women in the top jobs? Andrea Jung-Grimm doesn’t think so. She says that it would divert attention from the real problems facing women in the workplace. (08.03.2011)

Winning companies have winning boardrooms. A new study looks at the various attributes of high-performing boards. And guess what? Women are one of them. (08.03.2011)