German clubs' prowess in women's football suffered a blow in the Champions League quarterfinals. Bayern Munich and Wolfsburg both lost to French opposition - meaning no Bundesliga club made the final four this year. 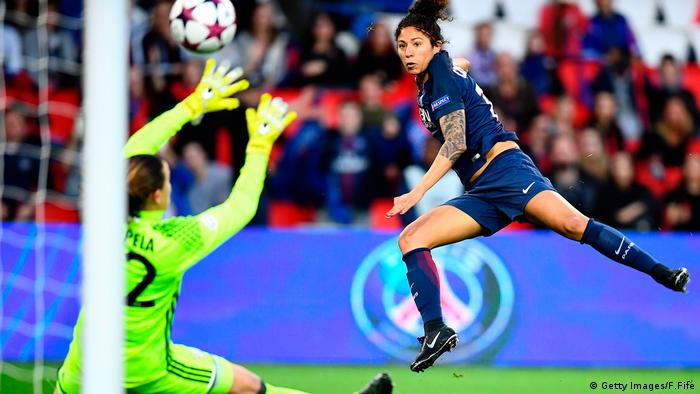 For the first time since the 2006/07 season, no German teams will compete in the women's Champions League semifinals.

Bayern Munich actually took a 1-0 lead to Paris for Wednesday's second leg, only to lose 4-0 to PSG on the night. The Parisians were 3-0 up before the break.

For Bayern Munich - not the same power in the women's game as in the men's in Germany - the performance could still be seen as a positive second season in the Champions League. Bayern Munich luminary Uli Hoeness was among the notable members of the crowd in probably the biggest game in the women's team's history.

Wolfsburg, past winners of the competition on two occasions, won on the night on Wednesday, beating Lyon 1-0. However this did not suffice to overturn a 2-0 first-leg defeat in front of their home crowd.

Lyon shared an image from goalie Sara Bouhaddi on Twitter, quoting the 30-year-old as saying: "It's great for French football to have two teams in the semifinals.

Barcelona also made the final four on Wednesday, at Rosengard's expense, winning 3-0 on aggregate against the Swedish side.

The last quarterfinal concludes on Thursday evening, when Manchester City will seek to defend a 1-0 advantage on home turf against Danish side Fortuna Hjorring.