After 30 years in power, President Museveni looks set to win next month's election. But young people still hope for change as the country braces for a potentially violent election season. 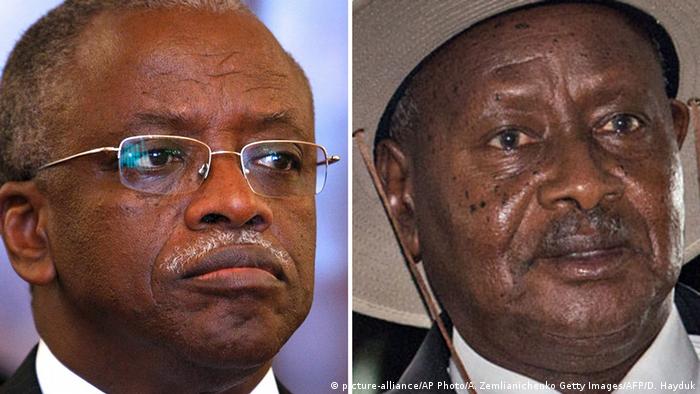 On walls, lampposts and entryways, colorful campaign posters are everywhere in Uganda's capital city Kampala. Newspapers are full of campaign speeches while on radio the elections are being hotly debated. All of this talk and commotion in this small East-African country is about the upcoming parliamentary and presidential election on February 18.

Young people are especially hopeful that they will see another president in their lifetime other than President Yoweri Museveni.

"This time we need a fair election and a change in power because we have had the same president for the past 30 years," said Francis Kwizera, an IT administrator.

"So many promises were not fulfilled and we do not see him solving these over the next five years. He is now 71 and I am 28 and I have never lived under another president," he added.

Museveni, who has been in power since 1986, holds himself up as the grandfather of the nation. More than three quarters of the country is under the age of 30 with a high percentage of those without steady work. For many it is almost impossible to find a job.

"People only get work when they come from a specific ethnic group," said geoffrey Murora, a taxi driver. "I am a Muganda but all the people in government are Banyankole. We do not even have a chance."

Whether it is the lack of jobs, a crumbling infrastructure, failing public schools or inadequate hospitals, many Ugandans feel left behind. These feelings are exactly what the seven candidates running against Museveni are campaigning on. Among the candidates are two who used to be allies of the president.

Dr. Kizza Besigye was the president's doctor during the civil war that brought Museveni to power in the mid 1980s. He is now the head of the Forum for Democratic Change (FDC) and has run before against Museveni.

The most powerful and newest challenger to the sitting president is the former prime minister and former general secretary of the ruling National Resistance Movement (NRM) Amama Mbabazi. He is running for president as an independent. 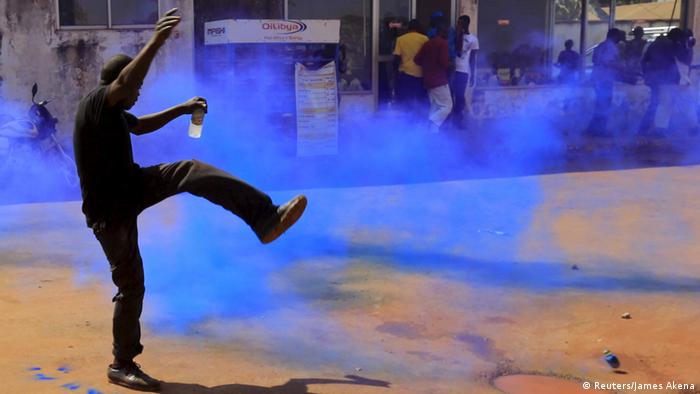 His candidacy is what makes this election so dangerous as the president utilizes the country's security forces - army and police forces - to help secure the election said Chrispy Kaheru from the Citizens' Coalition for Electoral Democracy in Uganda (CCEDU).

"The security forces are partisan with some of them partaking in the elections themselves. And now we are seeing the opposition training their own militias because they do not trust the state security organs. This is also wrong," said Kaheru.

"Now the elections have become about who has the better 'gang' on their side. The risk is bit that violence will break out," added Kaheru.

It is not just the police and army that has been instrumentalized by President Museveni. Other government resources have also been used in favor of the ruling party. During the elections in 2011, envelopes full of money were handed out to secure support and state money was used for campaigning purposes.

This is why the election observer mission from the European Union called attention to the financing of elections in Uganda said the head of the mission Eduard Kukan at its opening press conference.

"We are going to investigate whether the data about the financing of elections here are transparent and if the public has access to this information," said Kukan.

The elections are now entering their most critical phase. And as the February date of the elections nears, people are afraid that there will be outbreaks of violence like in 2011 when business and everyday life was paralyzed for weeks afterward.

'Crime preventers' is the name given to Uganda’s civilian community police. Ahead of the elections on February 18, rights groups have accused them of intimidating government opponents. (13.01.2016)

Could Uganda’s future be in stitches?

Two thirds of Ugandans are under 24. Many of these bright young things are moving to the cities to start companies. Designer Sylvia Owori is a model of successful entrepreneurship. (05.01.2016)