For the second time in as many days, a 17-year-old American blew away the competition to win gold on the slopes of Pyeongchang. Chloe Kim’s success in the women’s halfpipe, however, came as little surprise. 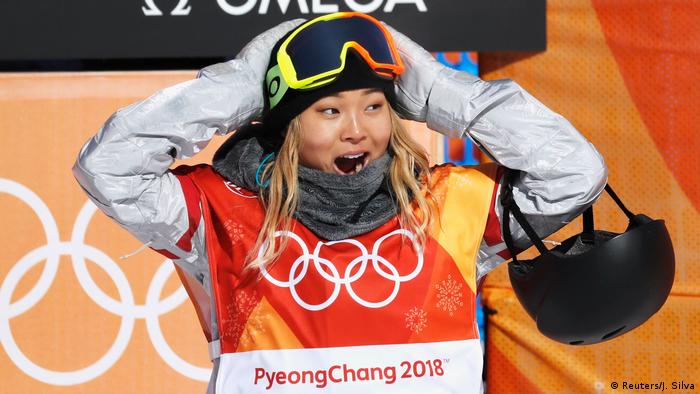 Few Olympians will get a reception on the slopes of Pyeongchang quite like Chloe Kim. Not only did the newly-crowned Olympic halfpipe champion produce a jaw-dropping performance in the women’s final on Tuesday, sealing victory with a 8.5 point lead over her nearest rival, but the 17-year-old is seen by many as a local girl.

Born in the US to South Korean parents, Kim’s return to her ancestral homeland gave a sentimental undercurrent to this competition. She was anything but though, as the teenager swept to victory with ruthless intent from the very start.

The last of the 12 finalists to emerge from the platform, the California native led from her opening run thanks to a flawless routine: Big Air, Frontside 1080 into a 720 and finishing with a McTwist to earn a score of 93.75.

Smooth in style, technically flawless and relaxed enough to tweet between runs, it would have been enough to win the final without the need for two further runs.

She slipped on her second attempt before eclipsing that marker on her third and final run, which included back-to-back Frontside and Cab 1080s and a McTwist, enough to earn a near-perfect score of 98.25. 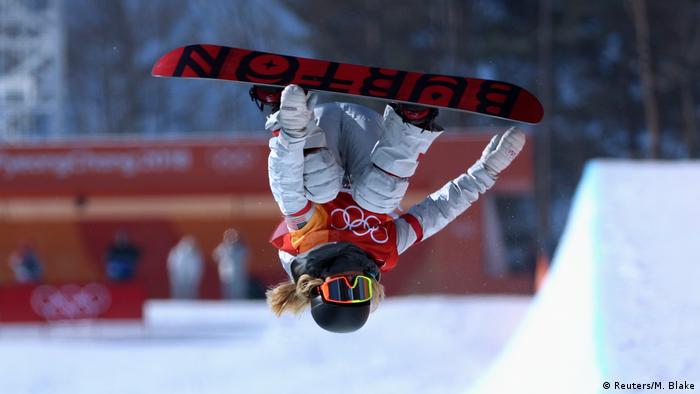 Chloe Kim during the Women's Halfpipe Finals on Tuesday

"It's such an honour and do it for my parents. They've done so much for me and my career, I think, and I'm so happy with the outcome. It hasn’t really sunk in yet. I'm on such a high, an adrenaline rush. I don't really know what just happened. I need to go home and process everything and I'll probably bawl my eyes out some more, but this has been a dream of mine since I was a little girl, so just to be here and to be able to do it when it mattered feels amazing."

Among her rivals, China’s Lia Jiayu came closest to causing an upset, her second run score of 89.75 enough to earn silver. Bronze medalist Arielle Giold finished with a top score of 85.75.

Fellow 17 year old, American, gold medalist Red Gerard’s success in the men’s slopestyle took many by surprise, but there was an inevitability to Kim’s victory. Anyone who watched her performance in the qualifying rounds on Monday will have realized that this was no one-off. Her score of 91.50 put her almost 4 points clear of her competition, making her the hot favorite to win again here. Or it might have done, had her pedigree in this competition not preceded her.

Kim was already a 4 time X Games Champion, a Winter Youth Olympics gold medalist and had been widely tipped as a star for the future before these Olympics. Her performance in Tuesday’s final in Pyeongchang put an end to that discussion. Forget the future, she’s a star for the here and now.