An exhibition of the renowned South African interdisciplinary artist William Kentridge opens on May 12 in Berlin. His work tackles the ambiguity of society, from apartheid tensions to human experiences of uncertainty. 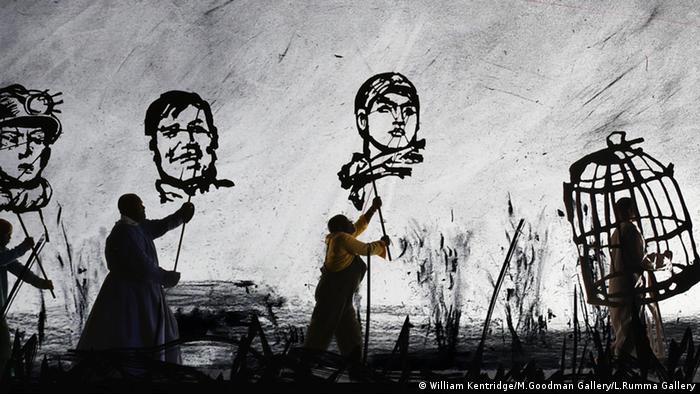 The South African William Kentridge, born in 1955, is one of the most internationally renowned living artists. Based in Johannesburg, Kentridge works with different media forms, from visual arts to filmmaking, performance and storytelling.

Kentridge has been a regular guest at the Documenta in Kassel and at the Biennale in Venice. Now, the Martin-Gropius-Bau in Berlin will feature for the first time a comprehensive exhibition of his interdisciplinary oeuvre.

The son of two lawyers representing people marginalized by the apartheid system, William Kentridge studied political sciences and African studies before he switched to fine arts. Many recognized in his early works allegorical evocations of the tensions and oppression in South Africa under the apartheid.

Even though the laws of this inhuman system have disappeared, "the residue of 300 years of exploitation and oppression are still very much with us," Kentridge says. 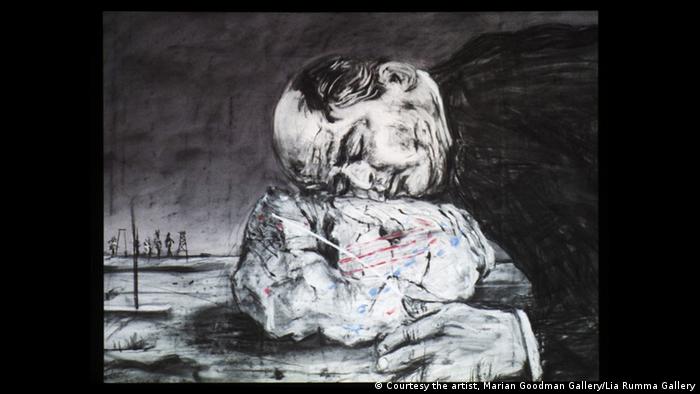 His work further draws on the universal plights of humanity: For example, a highlight of the exhibition is the monumental video installation "More Sweetly Play The Dance" (top picture). Borrowing from Paul Celan's poem "Death Fugue," it reflects on nomadic life, equality of all people and on how 21st-century society still depends on the physical work of individuals to function.

Kentridge himself does not describe his work as activist art, but he definitely sees a political reflection behind it: "How we make sense of the world is a political question: Do we see it as a fixed fact; do we see it as a process unfolding: do we see it as a clash of opposites that have to come together? These are all constructions that we make out of these random fragments that come towards us all of the time," he told DW.

His black-and-white sketches are processed through different media and are turned into complex constructions. Yet the inspiration for this modern approach comes from old masters: "The root of my work is connected to printmaking - the great printmakers, Dürer, Rembrandt, Goya - in which black and white is the norm," he explains.

From this imagery, he creates works which transcend the boundaries of a museum. For example, his lecture performances of his work "Six Drawing Lessons" (2012), combines autobiographical, artistic and political backgrounds and collects the different themes of his oeuvre, from the earliest days to the present.

The artist's studio as a cabinet of wonders

The atmosphere of his studio is recreated in two "cabinets of wonders" at the exhibition, where one can explore his different sources of inspiration.

The concept of the studio itself fascinates the artist: "The studio is both a physical space of making, but it's also a very metaphorical space: The world is invited into the studio in the form of things pinned on the walls, newspaper cuttings, emails, but also the thoughts and memories and knowledge that you bring into the studio. In the studio, the world is taken apart, fragmented and these fragments are reconstructed into something new and are sent back into the world," he told DW. 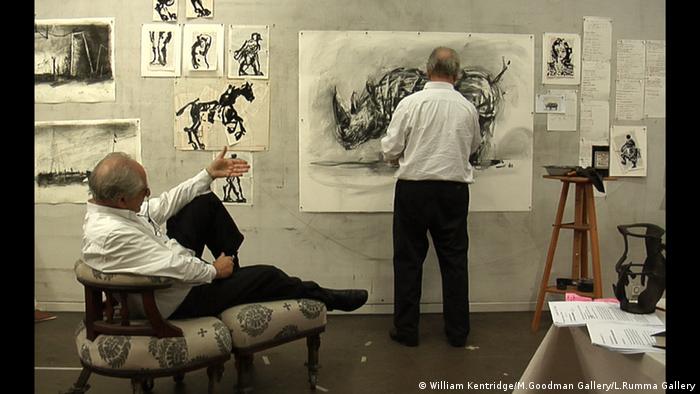 The studio as a metaphor: A photo of the performance "Six Drawing Lessons"

Despite its very assertive title - "NO IT IS!" - the exhibition focuses on the uncertainty of life, a recurrent theme in Kentridge's oeuvre, and that makes it more relevant than ever.

The exhibition "NO IT IS!" is held at the Martin-Gropius-Bau from May 12 to August 21 and in the Haus der Berliner Festspiele during the Festival Foreign Affairs, from July 5-17, 2016.

He works with heavy materials and with uncomfortable truths: an Anselm Kiefer retrospective opens at the Centre Pompidou. The German artist has dealt with Germany's history and myths like no other. (16.12.2015)