South Korea's corruption scandal has spilled over into the highest levels of business. Suspected of bribery and perjury, if Samsung's Lee Jae-yong is indicted, his ascension to chairman could be complicated. 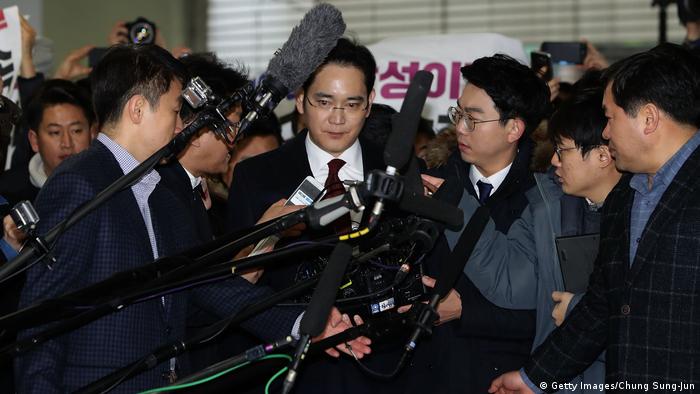 The vice-chairman of Samsung, Lee Jae-yong, was questioned Thursday morning by investigators who are seeking evidence that he paid bribes to Choi Soon-sil. Choi, a close friend of impeached South Korean President Park Geun-hye, was jailed in November and is accused of using her relationship with Park to coerce companies to provide cash to her foundations.

Being named a suspect in connection with bribery brings the de-facto head of South Korea's largest corporation into the center of a corruption scandal that has already shaken the country's political system to its core and now threatens to take down one of its top business leaders.

At the center of the investigation is a controversial 2015 merger, which investigators are trying to determine is connected to 30 billion won ($25.28 million, 23.8 million euro) payout from Samsung to foundations controlled by Choi. The deal merged Samsung C&T, a construction and trading subdivision, with affiliate Cheil Industries and resulted in Lee attaining more autonomous control over a greater part of the Samsung chaebol.

Hong Jong-seok, a spokesman for the special prosecutor team investigating Lee, told the Associated Press that they were investigating if the money was in exchange for favors including government backing of the merger.

The Korean National Pension Service (NPS), a major shareholder in Samsung C&T, voted in favor of the merger, a move that was decisive in passing the two-thirds majority.

The 2015 merger was critical for Lee to consolidate control over the Samsung conglomerate and pave the way for a leadership transition in which Lee would succeed his father and current Samsung Chairman Lee Kun-hee, who has been bedridden since suffering a heart attack in 2014. 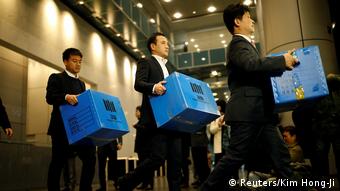 The merger succeeded only by a thin margin after Samsung worked to persuade minority shareholders and a bitter legal battle with the US hedge fund Elliot Associates LP. According to the "Wall Street Journal," Elliot spent $1 billion to acquire a 7.1 percent stake in Samsung C&T and said that the merger vastly undervalued shares of Samsung C&T so a deal would go through that benefited the Lee family.

The current investigation is trying to ascertain if the NPS's decision to back the deal was a result of government influence under the auspices of Choi and Park. According to the AFP news service, prosecutors raided NPS offices to look for evidence in connection with the scandal and in December, a former welfare minister was arrested for allegedly trying to persuade NPS officials to vote in favor of the deal.

During a hearing in December, Lee denied accusations that Samsung paid to influence Park or Choi in assuring a favorable outcome for the 2015 merger.

Wave of scandal reaches top of the chaebols

The chaebols, South Korea's top family-owned conglomerates, are the most powerful private institutions in the country and critical to its economy. As Samsung is South Korea's largest chaebol and was the biggest contributor to Choi's various "foundations," the allegations against it take on a special weight. 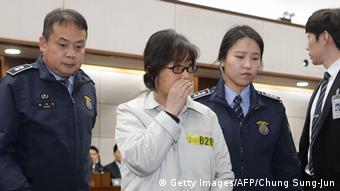 Stephen Nagy, an associate professor of international relations at Tokyo's International Christian University, told DW that South Korean politicians are in power because of the support they receive from the chaebols.

"The two sides simply scratch each others' backs, and the South Korean people understand that relationship," he said. "They accept that it is muddy and problematic and that those relationships do not necessarily meet the needs of the ordinary people."

Nagy added that ordinary Koreans understand that the security of the chaebols is important to the country's society and economic stability and that a level of direct involvement in the political decision making process is expected.

Samsung alone operates a network of 83 companies and represents 13 percent of South Korea's total exports. But this scandal illustrates that even the mightiest chaebol is not above the law. Given the economic and political importance of Samsung in South Korea, if Vice-Chairman Lee is indicted, it could be on the same level of President Park's impeachment.