Will Germans ever embrace pay-TV?

Pay-TV operator Sky Deutschland announced it will raise 340 million euros in new capital as profits remain out of reach. Consumers in Germany have not embraced pay-TV as they have in the UK and France. 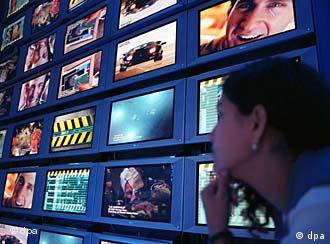 Germans aren't convinced they should pay more for television

The company, which is based near Munich and 45.4 percent-owned by Rupert Murdoch's News Corp., also issued a profit warning, saying its full-year 2010 loss before interest, tax, depreciation and amortization would be "significantly" greater than previous estimates of 130-170 million euros.

The company blamed "slower than expected subscriber development and increased investment in key initiatives." It predicted that while its earnings in 2011 would be higher than in 2010, the company would still be in the red. No new breakeven target was announced.

The announcement is the latest indicator that pay-TV in Germany has not lived up to the potential that its backers once thought it had. Many dreamed of easily tapping Europe's largest television market - over 37 million households in Germany had a TV set at the end of 2008 - and pay-TV had proven wildly successful in France and the UK.

But pay-TV's subscription rates in Germany are stagnant. Sky Deutschland is stuck at around 2.4 million subscribers, but it needs near 3 million to make money. Analysts say while not impossible, getting more German subscribers on board is a hard task.

"Germany has a long tradition of having a very broad spectrum of free television channels," Jo Groebel, media analyst and director of the German Digital Institute in Berlin, told Deutsche Welle. 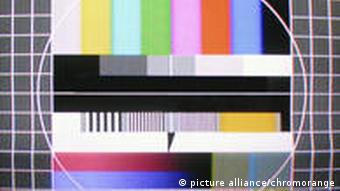 "When it comes to TV, Germans almost regard it as a natural right to have free content," he said.

The mentality is different in France and the UK, where around 42 percent and 47 percent of households respectively pay for extra TV services similar to Sky Deutschland. In Germany, that number is closer to 10 percent.

That has to do with history, according to Mathias Birkel, a senior consultant at Goldmedia. While in the not-too-distant past, French and British TV viewers were limited to four or five free channels, Germans have long been able to choose from around 20.

"If the French or British wanted more, they had to pay. Germans never did," Birkel told Deutsche Welle.

Today, around 90 percent of German households have cable or satellite TV and viewers have access to a mix of free-to-view public and commercial channels. Germans do pay a license fee that finances public broadcasters, but shelling out more for premium channels appears to run firmly against the Teutonic grain.

Life in the red is nothing new to Sky Deutschland, which was known under the Premiere brand name until last year. Since its initial public offering in 2005, the company has hardly ended a quarter in positive territory.

Germans' reluctance to pay for content has made the game hard, but so have some decisions on the part of the company. 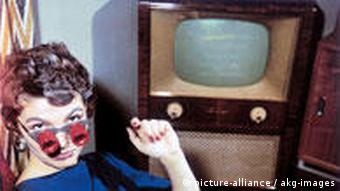 Germans have had a wide choice of free programming for years

"Changing the name from Premiere to Sky Deutschland might have not been the best move," said Ralf Siepmann, a media analyst and head of LogeMedia, told Deutsche Welle. "And the company has yet to convince people that a subscription is actually worth it."

He cites the example of the recent football world cup, where Germans could watch all the games on free-to-air channels. "Where's the advantage of paying for that same pleasure?" he said.

Football, or soccer to the Americans, has always been an important pay-TV driver. But when Premiere turned into Sky Deutschland, people who just wanted to watch the German Bundesliga could no longer sign up for that privilege alone - they had to buy the basic entertainment package with an extra football package added on top of it.

"It was unattractive from a client's perspective," said analyst Birkel. "It meant average revenue per user went up slightly, but it's gotten harder to get new people on board."

If Sky Deutschland does not sign up appreciable numbers, it is hard to see how much longer it can hold out in Germany. But, if the company falls short of its 340-million target in the share sale, News Corp. will lend it the rest of the money, indicating it still thinks the dire situation in Germany can be salvaged.

Last year, when Premiere changed its name, then-Chief Executive Mark Williams said: "I am very excited to announce our plans to create a new pay-TV service. We intend to make changes that will fundamentally improve the experience for customers." 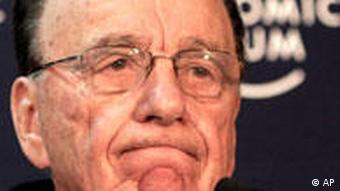 Rupert Murdoch continues to invest in the reluctant German market

One year later, he is no longer in that position. Brian Sullivan, who took over the reins in April, is now the one charged with keeping the company from drowning in a sea of red ink. There is a lot at stake, especially given that News Corp. is estimated to have pumped at least 750 million euros ($1 billion) into German pay-TV.

Sullivan has said he is putting the customer first, and taking the emphasis off extra choice, since Germans already have plenty of choice in the first place. He said Sky Deutschland will now emphasize the "highest-quality content and viewing experience." The proceeds of the capital increase will be used to expand its high-definition broadcasts, launch new services and distribution initiatives as well as improve customer service, the company said.

Some say Sky Deutschland might have already missed the boat, however, and that the age of classic pay-TV is past, since the future of paid content could well be online.

Sky's main competitor in the German market is telecommunications giant Deutsche Telekom, which offers a subscriber-based IPTV service that has almost half the number of subscribers Sky does. It also has the advantage of being able to bundle telephony, high-speed Internet and TV services in one package.

"The future could belong to on-demand services, especially if people want to download one or two movies a month instead of paying for a subscription," Birkel said.

But others say pay-TV could still be a player, depending on how the sector presents itself and its products. In the US, cable operators like HBO and Showtime have enjoyed success thanks to the high-quality dramas they have produced, such as The Sopranos. The Germans have not gone down that road yet, largely due to budget constraints, but it could be a model worth looking into, according to Siepmann.

He also compares the situation to the discussion about newspapers and the Internet and the debate over paying for quality media products online. If pay-TV can offer a superior product, such as original programming or high-definition pictures, people might be more willing to open their wallets.

"This mentality of getting it all for free might subside somewhat," he said, "which would be very good news for Sky."

Rupert Murdoch's News Corp has announced it would buy some 49 million shares in Sky Deutschland to raise its stake in the broadcaster to about 45 percent. It is the second News Corp investment in the company this year. (22.12.2009)

Germany's first public service broadcaster is celebrating its sixtieth birthday. We look back at how the radio and TV corporation was born in post-war Germany. (05.06.2010)