Will elections in Guinea-Bissau end years of political crisis?

On Sunday, a new parliament was elected in Guinea-Bissau. Twenty-one parties battled for 102 seats. Guineans hope the poll will mark the end of a long period of political crisis in the West African country. 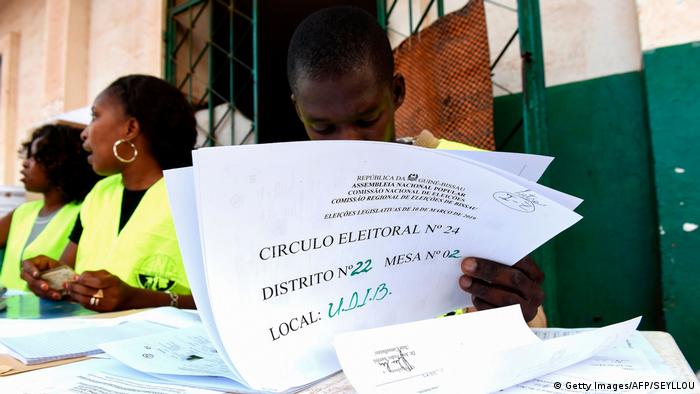 Mozambican diplomat Gabriel Dava has headed the office of the United Nations Development Program (UNDP) in Bissau for the past six years. When he talked to DW ahead of the parliamentary elections in Guinea-Bissau, his relief was evident. "This Sunday will see the end of a difficult diplomatic process. Guinea-Bissau now has the chance for a political new beginning. The time of political standstill is finally coming to an end."

The last few years have been lost time for Guinea-Bissau, Dava says. State structures practically ceased to exist. He now hopes that "with a newly elected parliament, the state's ability to function will be restored."

The political standstill dates back to 2015, with the three most important power entities — government, parliament and president — blocking each other.

Guinea-Bissau's president, Jose Mario Vaz, known as Jomav, said he was extremely pleased with the course of the election in the country, which has seen coups in the past.

"No one has been killed, no fights, no coup, without random arrests and without political prisoners!" he said. "Instead there is freedom of expression and the right to assemble. I think that Guinea-Bissau is a champion for freedom." 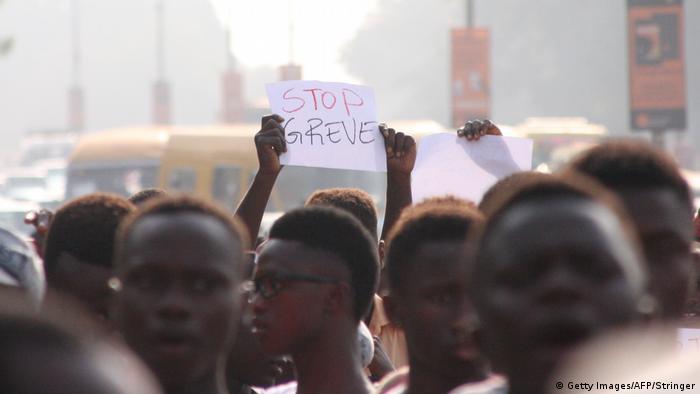 Students in Bissau repeatedly took to the streets, demanding an end to the teachers' strike. The teachers said their salaries hadn't been paid.

The drama began when Vaz removed his archenemy Domingos Simoes Pereira as head of government. This came shortly after Pereira had lost the absolute majority in parliament because 15 members of his own party, the African Party for the Independence of Guinea and Cape Verde (PAIGC) turned their backs on him. According to Pereira's supporters, this was a carefully prepared plot, hatched well in advance.

When President Vaz then appointed a parliamentarian from the ranks of the largest opposition party, the Party of Social Renewal (PRS), to head the government, the conflict escalated. Parliamentary speaker Cipriano Kassama had the 15 PAIGC rebels thrown out of parliament and rejected all cooperation with the president and all heads of government installed by him. Since then, votes on new laws or budgetary proposals have remained on ice. Parliament is paralyzed, and to this day, Guinea-Bissau has not had a functioning government. 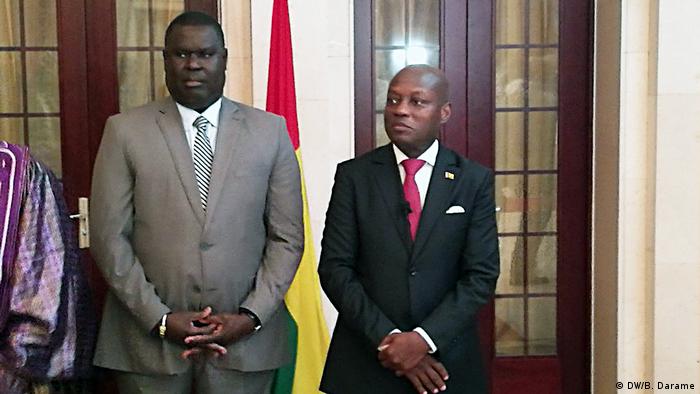 Who's leading the race?

Of the 21 parties contesting the election, the PAIGC, PRS and a new formation, the Movement for a Democratic Alternative (Madem G15), are considered to have the best chances.

The PAIGC, which won the last parliamentary elections in 2014, is generally expected to garner the highest number of votes. The party has the most money, is organized in a relatively professional manner and has the aura of a successful liberation movement against colonialism. But the party also has a big problem. The three main players in the political crisis — Vaz, Pereira and Kassama — are all members of the PAIGC.

Nevertheless, party leader Domingos Simoes Pereira, an economics expert trained in Portugal and the US, presents himself as a guarantor of stability. "We are the only ones capable of restoring a state-based on the rule of law," he claimed at an election rally. "There are people who believe they can capture the state and turn it into an instrument that serves private interests. Our PAIGC party will restore law and order and will protect citizens' rights."

On Sunday, he said he hoped the election would a turning point for the country.

"We hope that democracy wins and the rule of law gets the upper hand," he said. "I'm excited."

Where does the money come from?

The PAIGC is traditionally the most powerful political formation in Guinea-Bissau and has the greatest financial assets for its campaign. But other parties are catching up. "Where propaganda is concerned, the PAIGC for the first time has serious competition," political scientist Rui Jorge Semedo told DW. Especially the PRS and Madem G15 have surprisingly large financial and logistical assets for this election, he said.

No one knows where this money has suddenly come from. There is speculation that it may come from dubious sources, possibly abroad, Semedo said. "We see that individual parties have more money at their disposal than the state. The state lacks means of transport, equipment for hospitals and schools." He expects the electoral commission to clarify the origins of the money being used in the campaigns. 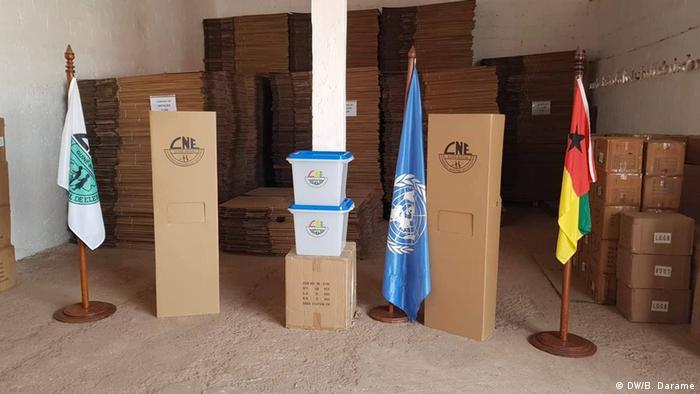 Four years of political paralysis have left their mark on Guinea-Bissau. Many schools and universities have been closed for years, the judicial system does not function, the public health sector is in a dire state. The government lacks money for the most basic needs. Even the elections this Sunday had to be financed with help from international supporters. Gabriel Dava and his team from the UNDP have accompanied the process from the start.

"Despite all the enthusiasm, it must be said that the elections themselves cannot be the goal. Elections can only be the beginning," Dava said. Afterwards, the real work begins. "It must be ensured that these elections mark a turning point. For that to happen, a lot of work is required, by the Guineans themselves but also by the international community, so that democracy can be consolidated and an inclusive and lasting management of the country can be established."

For two years, parliament and Guinea-Bissau’s government have been at loggerheads. Meanwhile, frustration is rising among the people as public infrastructure falls apart. (07.06.2017)

Immersed in the pan-African struggle, Amilcar Cabral led Guinea Bissau and Cape Verde toward independence from the Portuguese colonial authorities, but was assassinated short of achieving this goal. (13.04.2018)