A hunter in northern Germany has been killed by a wild boar he was trying to shoot. There are conflicting reports as to whether the pig was injured. 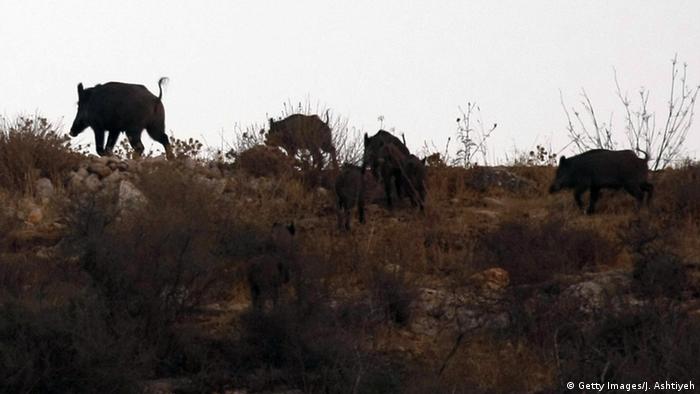 A wild boar on Sunday attacked and fatally wounded a German hunter as the man tried to shoot him, police said on Monday.

The 50-year-old man was out with several other hunters near the northeastern town of Greifswald — 120 miles (190 km) north of Berlin — when he was killed by the male boar.

Witnesses to the attack said the man fired a shot and then moved into some reeds to look for the animal, where the pig apparently surprised him.

The man suffered serious injuries to his left thigh and fell into some water. He died later at a hospital. An autopsy is expected to determine the exact cause of death.

The man has not been identified, and the boar's whereabouts are unknown. One account said the boar had already been shot when it attacked the man, but police said it is unclear if the pig was injured.

A spokesman for the German Hunting Association in Berlin said it was important never to look for animals that had been shot on one's own and noted that wild boar numbers were on the increase.

"Wild boars are the winners of climate change and agricultural and energy policies," Torsten Reinwald said.

About 500,000 wild boars are killed every year in Germany, but experts say that is not enough to keep the population from growing.

Aggressive wild boars in the northern state of Schleswig-Holstein hit the headlines in October when they rampaged through the town of Heide. Four people were injured by the animals.

Read more: German high-speed train grinds to a halt for a sounder of swine