A long-held stereotype of Germans is their punctual public transport and efficient engineering. Last night, one train dealt that reputation an unexpected blow. 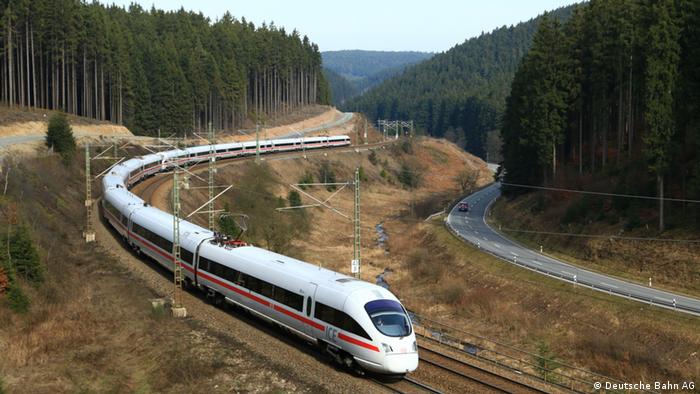 A German Intercity-Express (ICE) from Stuttgart to Berlin was delayed by several hours and 400 passengers were forced to change mid-journey after the high-speed train collided with a group of wild boars.

The train from Munich was scheduled to arrive in Berlin at 8:29 p.m. on Tuesday, but as it approached Rathenow, about 70 kilometers west of Berlin, it struck several porky prowlers wandering the tracks.

"The ICE is unfortunately no longer in working condition," police for the Berlin/Brandenburg region said on Twitter on Tuesday evening. "About 400 passengers are now being evacuated into a newly-provided train."

The affected passengers were put on a train from Basel that was passing by the scene of the accident. They arrived in Berlin at about midnight.

It is the second such incident in the Brandenburg region, which surrounds Berlin, in just two weeks. In late October an ICE train from Munich was held up for 50 minutes after running over a wild boar.

ICE trains can reach speeds of more than 300 kilometers per hour (186 mph).

After the incident on Tuesday the tracks between Rathenow and Schönhausen, in the state of Saxony-Anhalt, were closed until midnight.

Engineers later reopened one set of tracks. A railway spokeswoman said: "Since the traffic volume in the evening is lower, we could divert all the trains."

The track on which the train crashed was closed until about 4:30 a.m. because of a damaged cable. By the early morning, all rail traffic was reported to be rolling again without disruptions.

The route between Berlin and Wolfsburg, on which the train collided with the boars, is important for connections to North Rhine-Westphalia, Frankfurt am Main and Stuttgart.

The status of the boars involved in the collision is unknown.