Wikimania Hits Frankfurt | Germany| News and in-depth reporting from Berlin and beyond | DW | 04.08.2005

Within four years Wikipedia has become the world's largest free online encyclopedia. This week contributors and developers from all over the world are coming together in Frankfurt for their first conference. 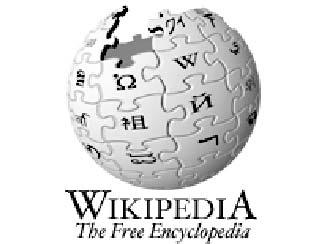 The world's knowledge at your fingertips?

"Wiki" is Hawaiian and means "quick" or "fast". And there is no question that Internet-encyclopedia Wikipedia has lived up to its name. Within four years it has become the largest free tome of knowledge available on the Net.

It now counts over two million entries in more than 60 languages contributed by some 55,000 volunteers around the world. Ten thousand of them in Germany who have by now added over a quarter of a million articles to Wikipedia's German edition. It's second only to the more than 640,000 entries in the English language edition -- apparently enough to make a German city the venue for "Wikimania 2005" -- the first ever international Wikipedia conference.

Some 400 developers and users of the virtual library are meeting in Germany's banking capital Frankfurt am Main from Thursday until Sunday to discuss the future of the online reference as well as its lesser known spin-offs, such as the media database Wikimedia, travel site Wikitravel or news service Wikinews.

Far from being an exclusive jamboree of computer experts the list of participants inludes archivists, librarians, economists and lawyers. "We had 13-year olds as well as 80-year olds contributing to Wikipedia," says Kurt Jansson. The 28-year old heads the association of supporters for the German Wikipedia edition. Most articles are authored by students. The average age of all contributors is around 30, he reckons.

Ward Cunningham and Jimmy "Jimbo" Wales, the two Americans who initaited the project in 2001, will also attend. Wales, a 38-year old from Florida, also set up the Wikimedia Foundation there in 2003. The foundation is organizing the Frankfurt conference.

The foundation as well as the whole Wikipedia project are exclusively financed by donations from users. In return all contents are free, any article can be contributed, edited or extended by anyone. Or at least that's the idea. In reality a number of administrators -- around 160 in Germany alone -- are busy throwing out articles that convey one-sided opinions or that people just made up. Articles that would-be-celebrities write about themselves in an attempt to boost their profile are also a case for the administrators.

As a result, Wikipedia presents genuine and truthful information, the organizers say. But, the quality of the articles inevitably reflects the number and variety of the contributors submitting them, although users can vote to single out articles for "excellent" quality.

A German education Web site highlighted another problem, which arguably will be much harder to tackle. Analyzing a number of articles on the German Wikipedia site, they found numerous spelling mistakes -- an extrapolated total of one million on the German edition.

Need a grill for a weekend cookout, a bike rack for a vacation or just a little renewed faith in human nature? Germans have started an online borrowing exchange and have been startled by the results. (March 14, 2005)

Would-be hackers interested in the skills that have created havoc on Web sites, lamed many a large corporation and sent harmful worms to attack computers worldwide can learn the ropes at France's "Hackademy" in Paris. (Feb. 22, 2005)

The conference home page with information on topics and participants