Board any bus in Portugal's second-largest city, and you've got free Wi-Fi - courtesy of a network of routers affixed to more than 600 municipal vehicles. It's the biggest Wi-Fi-in-motion network in the world. 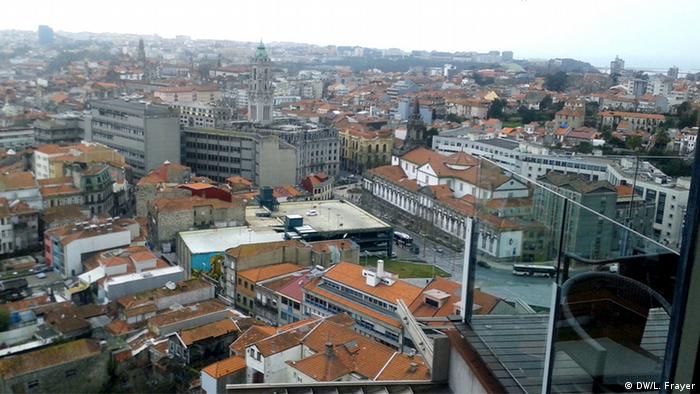 More than 600 city buses and taxis in Portugal's second largest city, Porto, have been fitted with Wi-Fi routers - emitting a free signal that moves, as commuters do.

The tech startup behind this new service is called Veniam, based in Porto and Mountain View, California. It calls its Wi-Fi-in-motion project the "Internet of Moving Things." Porto is the first test market, but the company hopes to expand to several American cities later this year.

Veniam's founders took DW on a bus tour of downtown Porto, to demonstrate how the Wi-Fi service works.

"Our equipment is up behind that panel in the front, above the driver's head," says Roy Russell, Veniam's chief technology officer. Russell and his wife Robin Chase founded the US car-sharing company Zipcar 15 years ago. Now both have joined Veniam.

The test of a robust Wi-Fi connection is if you can keep a Skype call up and running - with video - while moving around. So that's what we try - all the while careening through different neighborhoods of Porto. 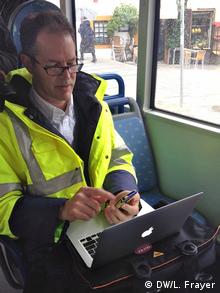 Board any bus in Porto - and you've got free Wi-Fi

Over Skype, we reach André Cardote, Veniam's engineering manager. From his office, he's able to track our bus in real time, watching its Wi-Fi router connect to RSUs - road side units - or fiber access points scattered across the city, through which it connects to the Internet.

"You are now connected to the RSU in the municipality building… And now to one of the RSUs on top of the rectory building," Cardote replies, as he watches Porto bus No. 1103 move across the city. The fiber access point through which the Wi-Fi connects changes, but the Skype call never drops.

Each bus' Wi-Fi router jumps from one fiber access point to another seamlessly. That fiber network is owned by the city - put in place about 10 years ago to allow public health centers to communicate digitally.

Hopping off the bus, and Russell points out the fiber access points on a typical city street.

"They're generally fixed to a pole - a tiny box and an antenna - atop a lamppost or traffic light," Russell explains. "There's an amazing amount of little sensors and things all over the place that you don't know about," he says, laughing.

The concept here is offload data traffic from 3- and 4G cell networks, and use this public Wi-Fi instead. That's something that could potentially hurt telecom carriers long-term, since cell towers are only a backup. In Porto, free Wi-Fi has become a public utility, rather than a commercial commodity.

Veniam sells the city Wi-Fi routers, and a monthly subscription. Citizens get free Wi-Fi, without having to drain their mobile data plans - and the city gets a host of data in return. Because with the Wi-Fi routers, also comes a network of sensors.

"Environmental sensors, noise sensors … In the end, what this project has given to the city is lots of data," says Filipe Araujo, Porto's city councilor for innovation and environment. "We can understand where the city can save money, to invest in other projects. Waste management has the key role here." 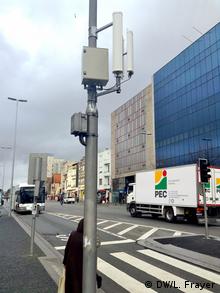 The bus-borne Wi-Fi routers collect data from these sensors planted around the city. For example, sensors attached to garbage dumpsters. They tell the network when the dumpsters are full. The city saves money; it doesn't waste fuel on trips to half-full containers. The city can also see which buses are stuck in traffic - and re-route them - or change traffic lights in real time.

Veniam's CEO, João Barros, believes this type of Wi-Fi data exchange is what future 'Smart Cities' will rely on.

"If you think about it, the cost of sending data through a cellular network is very very high - about 20 times higher than sending the data through Wi-Fi," Barros says. "So by connecting vehicles to the Wi-Fi infrastructure, we're actually lowering the cost of sending data to the cloud - and also providing internet access to people on the move, for example on public transit."

Many cities already have such under-used fiber networks, which could be repurposed to host public Wi-Fi, and receive data from sensors, Barros says.

"There's no such thing as too much bandwidth! You give people more bandwidth, and they will use it," Barros says. "So the future will be heterogeneous networks - some that operate statically using the Internet, and others while you are moving. We are going to find ways for all these different networks to operate together."

Veniam's prototype in Porto was funded by the European Union, Portuguese regional authorities, and private investors. It debuted last year, and more than 70-percent of local smartphone owners in Porto are already using it.

The company hopes to expand this Wi-Fi-in-motion service to several American cities later this year.

Germany might be the economic engine of Europe, but it is far behind its neighbors in free Wi-Fi provision thanks to laws that punish hotspot owners for users' copyright violations. Could this be about to change? (13.11.2014)

Access all areas: why public WiFi networks are as insecure as they were 15 years ago

Wireless Internet just turned 15 years old. But surfing in public presents gaping security holes - as evidenced by a recent experiment. Why? And what can be done to enhance WiFi security? (01.10.2014)

An intelligent bin aims to educate Kenyans how to correctly dispose of their rubbish. The added bonus: solar street lighting and free Wi-Fi.