Why Ukraine′s human rights chief Lyudmyla Denisova was dismissed | Europe | News and current affairs from around the continent | DW | 03.06.2022

The country's ombudsperson for human rights, Lyudmyla Denisova, is accused of having neglected her duties. But human rights activists have criticized her dismissal. 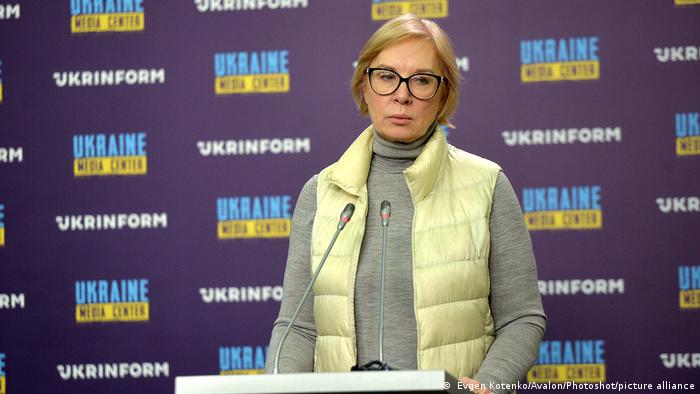 Liudmyla Denisova at a recent event in Kyiv

A majority of Ukrainian parliamentarians from different parties, including President Zelenskyy's governing Servant of the People party, removed Lyudmyla Denisova after a vote of no-confidence on May 31.

Denisova, who until recently served as thecountry's ombudsperson for human rights, had considerable authority to protect civil rights and oversee prisoner swaps.

Her term would have ended next year. Neither the constitution nor any other legislation ordinarily allows for premature dismissal from her office. Lawmakers, however, made use of martial law, which permits the removal of all appointees.

The deputy chairman of the parliament regulatory committee, Pavlo Frolov, says Denisova failed to oversee the opening of humanitarian corridors in Ukraine warzones, address the abduction of Ukrainians from occupied territories, and the protection and exchange of prisoners.

Instead, Frolov says that Deputy Prime Minister Iryna Vereshchuk stepped in. Her ministry, which is in charge of the occupied regions, took on most human rights-related challenges relating to the war, according to the Servant of the People lawmaker.

He also accuses her of having focused too much on media work, and on describing sexually motivated crimes in gratuitous detail as well as the raping of children in occupied territories. However, some of these accounts, he said, had not been verified, which had harmed Ukraine's reputation and distracted media attention from other, proven crimes and problems. 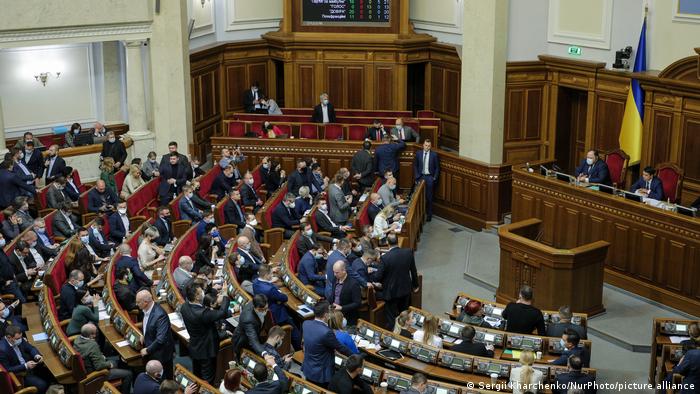 No less than 234 lawmakers voted for Denisova's removal

Frolov also accuses Denisova of having spent considerable time abroad after Russia attacked the country on February 24. He says instead of traveling to Russia or Belarus, where she could have worked to free Ukrainian prisoners, or alleviate the suffering of people in occupied Kherson, Denisova was staying in "warm, peaceful western Europe."

Many Ukrainian journalists and human rights activists were outraged when they read Denisova's detailed descriptions on her Facebook account.

"Sexually motivated crimes during wartime are a tragedy, but they should not be the subject of a kind of 'chronicle of scandal'," an open letter penned by 140 activists, media professionals, lawyers, psycologists and other public figures stated.

The letter goes on to say "it is the job of the ombudsperson to first and foremost consider the rights and dignity of survivors and their relatives."

Many signatories of the letter nevertheless take issue with Denisova's sudden dismissal. "We as human rights activists doubt [Denisova's] competence and independence," says Tetiana Pechonchyk, who heads Kyiv's human rights organization ZMINA. "Four years ago, we protested against the politicization of her nomination; but what is happening now is totally arbitrary and damages the office of Ukraine's human rights chief."

The Global Alliance of National Human Rights Institutions (GANHRI) and its European partners have also spoken up. A letter penned by them to parliamentary speaker Ruslan Stefanchuk and President Volodymyr Zelenskyy warns her dismissal could "severely disrupt the important work that needs to be done in these times of conflict." The UN Human Rights Monitoring Mission in Ukraine says Denisova's removal "violates international standards." 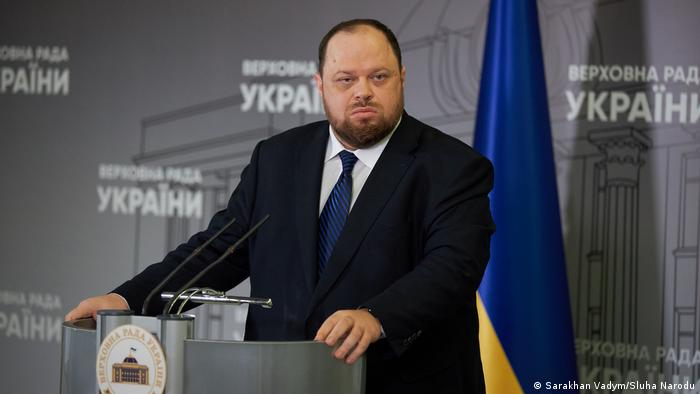 Human rights activist have penned a letter to Ruslan Stefanchuk

Denisova, meanwhile, claims the presidential office pushed for her removal. She says it "did not approve of my work, which aimed to gather and analyze information about human rights violations in occupied areas." She will contest her dismissal in court.

There have been other attempts to remove her from office. Last autumn, a lawmaker with the ruling Servant of the People party set up an inquiry committee to look into Denisova's failure to move ahead with several lawsuits, although courts had asked her to.

Opposition lawmakers at the time said the inquiry was launched by the presidential office to exact revenge on Denisova for criticizing the "anti-oligarchy law" as unconstitutional.

Who will take over?

Before Denisova took over as human rights chief in March 2018, the post had remained vacant for a year after her predecessor, Valeriya Lutkovska, was dismissed. She had been the first woman to hold the post.

Who should succeed her sparked intense political negations between what was then the Petro Poroshenko Bloc, and the People's Front party, which ultimately nominatedDenisova.

Ukrainian human rights activists now warn against further politicizing the office. They are calling for human rights experts, rather than lawmakers, to apply for the job in an open, transparent procedure. Nelly Yakovleva, deputy head of the parliamentary human rights committee, says, so far, no candidates had submitted applications.

The Ukrainian-appointed governor of the region has blamed Russia for rocket attacks on the southern city, which is located near Europe's largest nuclear plant. DW has the latest.