Why Pakistan persecutes the minority Ahmadi group | Asia| An in-depth look at news from across the continent | DW | 23.11.2015

An angry mob in the Pakistani city of Jehlum burnt down a factory and a mosque belonging to the minority Ahmadi group on blasphemy charges. What are the reasons behind continued persecution of the Ahmadis? DW examines. 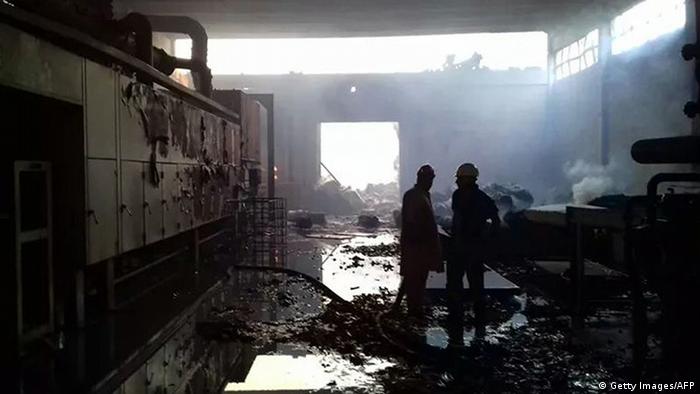 In Pakistan, all you need to lynch Ahmadis or torch their houses and places of worship is an allegation of blasphemy. They are an easy target. Declared non-Muslims in 1974, the Ahmadis face both legal and social discrimination in the Islamic country, and the attacks on their properties have increased manifold in the past decade.

On Saturday, November 21, an angry mob in the eastern Punjab province set ablaze a factory owned by the Ahmadis, after one of its employees was accused of desecrating the Koran.

"The incident took place after we arrested the head of security at the factory, Qamar Ahmed Tahir, for complaints that he ordered the burning of Korans," Adnan Malik, a senior police official in the Jhelum city, told the media. 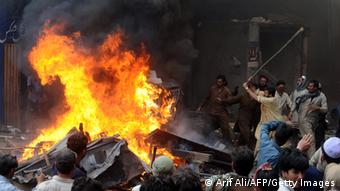 "We registered a blasphemy case against Tahir, who is Ahmadi by faith, and arrested him after confiscating the burnt material, which also included copies of the Koran," Malik said.

According to local media, after the arrests hundreds of people descended on the factory, setting it on fire.

A spokesman for the local Ahmadi community said three of their members were detained by the police on blasphemy charges.

A day later on Sunday, Muslim protesters attacked and occupied an Ahmadi mosque in a town near Jehlum, as an act of "revenge" for the factory incident.

"A mob attacked our mosque in Kala Gujran, an area in Jehlum, took out its furniture and set it on fire. Then, they washed the mosque and later offered evening prayers in the mosque," Amir Mehmood, a member of the Ahmadi community, said.

Rights activists say that a cleric of a Muslim mosque in the area had urged the people to "punish" the "blasphemers." They also accuse the local administration and the police of not preventing both attacks on the minority group.

The Islamization of Pakistan, which started during former Prime Minister Zulfiqar Ali Bhutto's government in the 1970s, culminated in the 1980s under the former military dictator General Zia ul-Haq's Islamist regime. It was during Haq's oppressive rule when Ahmadis (also known as Qadianis in Pakistan) were banned from calling themselves Muslim and building their mosques in the Islamic Republic. Their places of worship were shut down or desecrated by hard-line Islamists with the support of the state.

While international efforts are focused on subduing the "Islamic State" threat in the Middle East, experts warn that a potential peril could emerge from Asian jihadist groups, who feel emboldened by IS' "success." (17.11.2015)

Another attack on Pakistan's Shiites - where is the state?

A suicide bomber has targeted a Shiite procession in southern Pakistan, killing at least 15 people. Attacks on Shiites have intensified over the years - a result of the state's support for Sunni extremists, say experts. (23.10.2015)

The godfather of the Taliban: Hamid Gul and his legacy

The former head of Pakistan's ISI has died of a brain hemorrhage near Islamabad. Known as the "godfather of the Taliban," Hamid Gul remained an Islamist ideologue until his death. He leaves behind a dangerous legacy. (16.08.2015)

Ahmadis, who believe the Messiah Ghulam Ahmad lived after the Prophet Muhammad, insist they are Muslim and demand as much right to practice their faith in Pakistan as other people.

Baseer Naveed, a senior researcher at the Asian Human Rights Commission in Hong Kong, says that Ahmadis continue to be persecuted and attacked in Pakistan with the full backing of the state.

"The government wants to appease Muslim fundamentalists and right wing parties. We see that the Pakistani state continues with its policy of hatred towards religious minorities, which embolden fundamentalists," Naveed told DW.

"Ahmadis were once a relatively strong group within the Pakistani establishment. The dominant Sunni groups felt threatened by them and axed them out of the state affairs," Mughal told DW.

Pakistan has witnessed an unprecedented surge in Islamic extremism and religious fanaticism in the past decade. Islamist groups, including the Taliban, have repeatedly targeted religious minorities in the country to impose their strict Shariah law on people.

According to the independent Human Rights Commission of Pakistan (HRCP), 2013 was one of the worst years for religious minorities in the country: Several people were charged with blasphemy, many places of worship were burnt down and houses were looted all over the country.

Asad Butt of the HRCP told DW that intolerance was definitely growing in Pakistan, and that many Pakistanis considered blasphemy an "unpardonable crime." 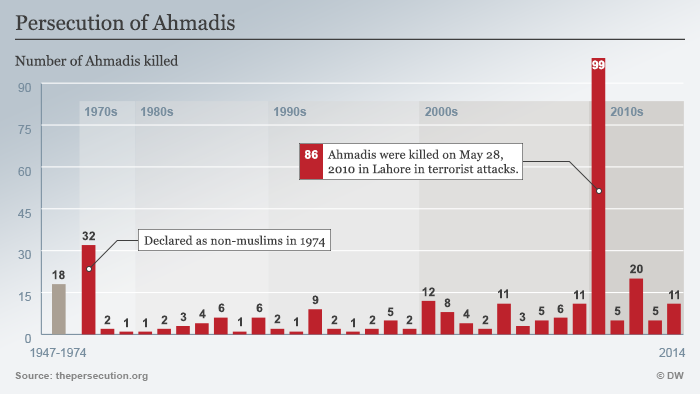 Butt blames Haq for this. "There was no such issue prior to the 1980s, but when Haq came into power, he Islamized everything and mixed religion and politics," Butt underlined.

Blasphemy, or the insult of Prophet Muhammad, is a sensitive topic in Pakistan, where 97 percent of its 180 million people are Muslims. Rights activist demand the reforms of the controversial blasphemy laws, which were introduced by Zia-ul-Haq in the 1980s. 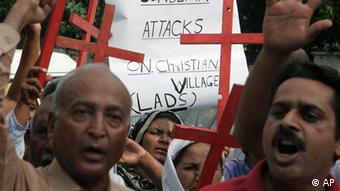 In 2009, Muslims burnt more than 70 Christian houses and many churches in the central Gojra town of the Punjab province

The number of blasphemy cases in Pakistan has increased manifold in recent years. Pakistan's liberal sections are alarmed by the growing influence of right-wing Islamists in their country and blame the authorities for patronizing them. Rights organizations also point to the legal discrimination against minorities in Pakistan, which, in their opinion, is one the major causes of the maltreatment of Pakistani minority groups.

"The blasphemy laws should be abolished because they have nothing to do with Islam," Sayeed said. "We have been demanding their repeal for a long time. This demand has sparked a fierce reaction from religious extremists."

"The blasphemy cases are mostly about personal issues," Naqi told DW. "In Pakistan, it is very easy for people who want to settle scores with their enemies to accuse them of blasphemy. They know that there are immediate arrests in blasphemy cases, and sometimes people are killed on the spot."