More than 50 percent of India's population defecates in the open - due to widespread poor sanitation. The government wants to tackle the problem by building 100,000 bio-digester toilets. 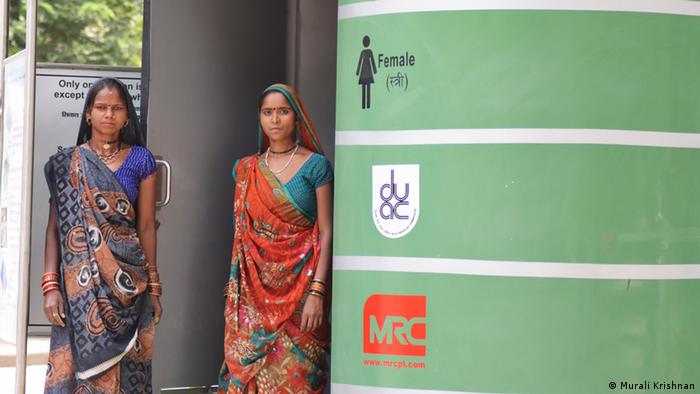 But in the Indian capital, a unique experiment to set up high-tech bio-digester toilets promises to change the lives of thousands of residents who use open fields for their morning ablutions.

The World Health Organization - and figures from India's own census - suggest the number of people, who are forced to defecate in the open, is as high as 620 million.

That's more than half the population.

Small wonder, then, that during its New Delhi trial the bio-toilet has received such ecstatic praise.

Since it was installed outside a public hospital at the start of June, the bio-toilet has seen a steady stream of users.

Many residents, such as Ram Yadav, a daily wage laborer, are happy with the venture.

"We now have the privacy to use a toilet and do not have to wander into open spaces. There is also running water," says Yadav.

But it's not just about meeting the country's basic sanitation needs and health standards. It is also about public safety. 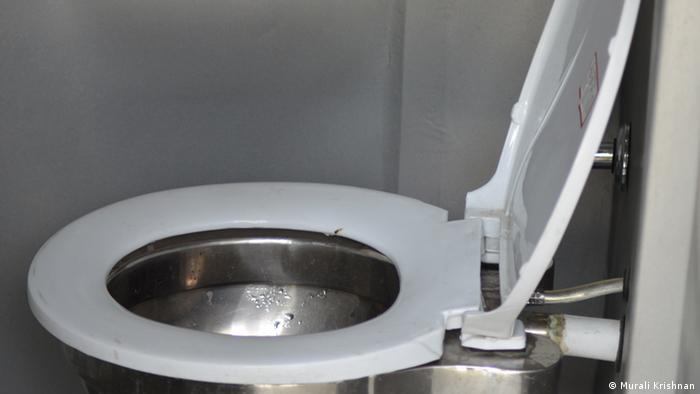 The lack of toilets in India has meant that women are often left in dangerous situations. Alone the act of having to relieve yourself at night can be dangerous - if you are a woman and have to walk out into open fields in the rural hinterlands.

"This is excellent and very helpful. There should be more of these toilets," says Gita Devi, a New Delhi homemaker.

Renowned architect Raj Rewal, better known for designing iconic exhibition pavilions and structures such as the Parliament library, has partnered in this ambitious project.

"I felt that a large number of people, particularly those living in slums, go and defecate in the open. This is a very serious problem - mainly for the 2.5 million women in the city who have no facility to go to toilets in the morning," Rewal says.

This prototype uses aluminium sandwiched honeycomb panels, with stainless steel veneering for durability. The eco-friendly toilet can be set up anywhere - even where there are no sewer lines.

A similar system has been tested successfully at high altitude by army personnel at the Siachen Glacier in Kashmir.

And India's Defense Research and Development Organisation (DRDO) plans to help roll out the bio-toilet program across the country.

"We developed a technology which includes a consortium of psychrophilic bacteria, which was brought from Antarctica, cultured in the laboratory, and which can degrade fecal matter into water, carbon dioxide and methane," says Dr William Selvamurthy, a former scientist at the DRDO. "This is a very, very innovative technology."

Selvamurthy says the bio-toilet has no geographical or climate limitations, and can be installed without the need for large sewerage networks. 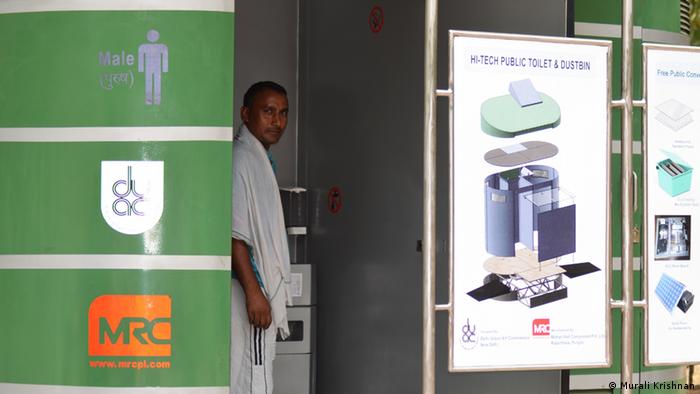 If mass-produced, a single unit will cost between 400 to 700 euros

Some have undergone design modifications. For example, to avoid the toilets getting clogged at railway stations, where people might use them to dispose of non-biodegradable plastics, like bottles, a special lid has been constructed.

"The Indian railways have adopted this technology and the existing coaches are being retro-fitted. It will also go to other civilian sectors in a very horizontal spread to a very large cross-section of our society," Selvamurthy says.

Architect Raj Rewal hopes the toilets will be set up across the country soon.

"It can go to any city, any small town, and hopefully to small villages if we work hard on the design and economics of the toilets," says Rewal.

The Indian government is keen to fast-track the scheme. Open defecation has serious health implications and is a big economic burden on the country.

A mystery illness sweeping through the southern forests of Guinea has been identified as Ebola. There are fears the virus may have been spread across the border into Sierra Leone. (22.03.2014)

One Nigerian town is clamping down on the problem of open defecation, with fines for public offenders. They are also offering toilet education workshops in an effort to prevent human waste from fouling the water. (06.01.2014)

Image-free and non-invasive technology is being developed in India to help detect cardiovascular disease. If successful, the device could bring affordable healthcare to India where millions die of the disease each year. (28.04.2014)

Oxford University said it would await additional data from UK authorities before restarting trials of the vaccine. Meanwhile, Brazil has reported a record number of deaths. Follow DW for the latest.